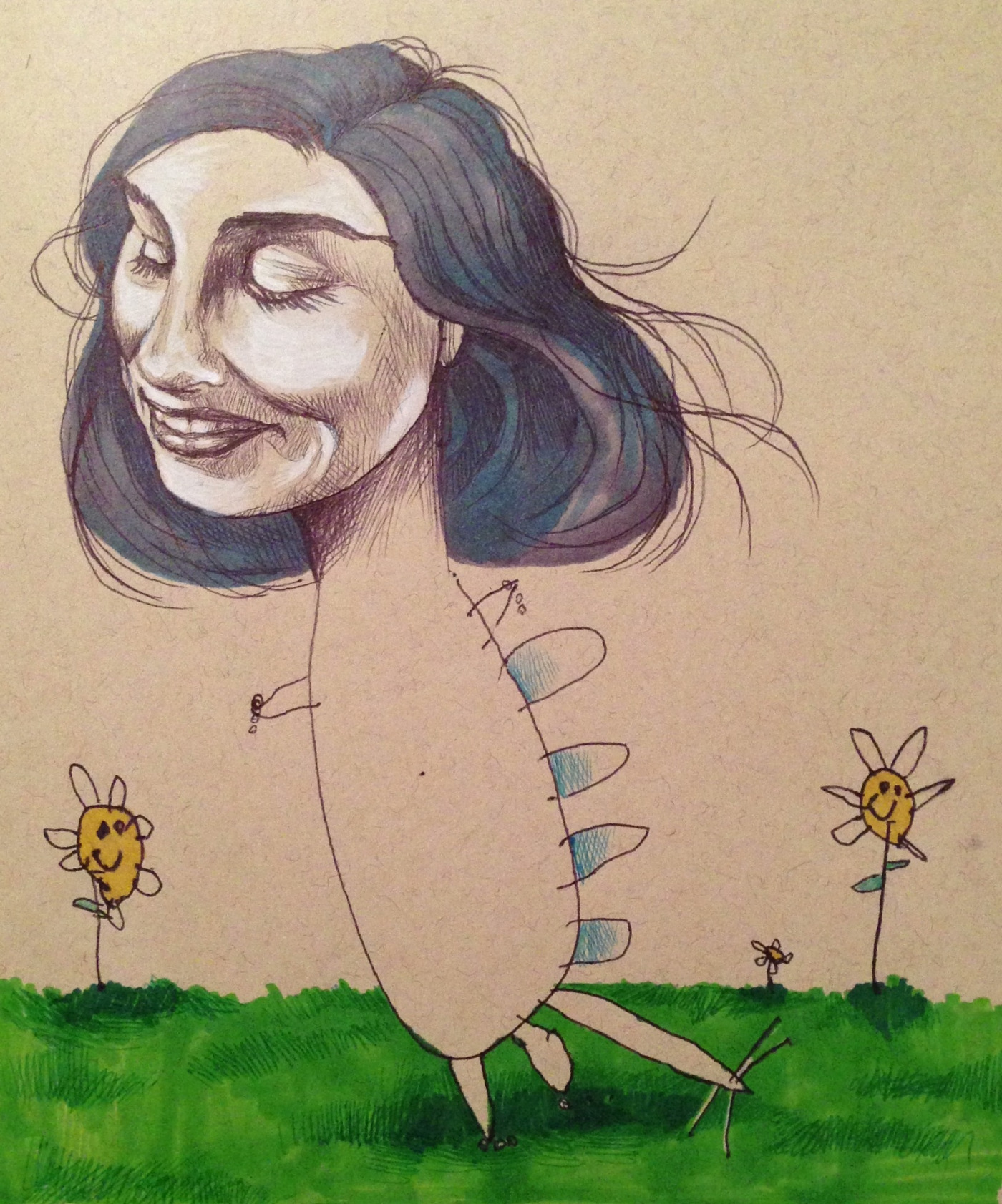 Illustrator Mica Angela Hendricks has been collaborating with her 4-year-old daughter on a series of wonderful drawings that pass back and forth between mother and daughter until reaching an always unexpected final form. Each drawing begins with Hendricks drawing a detailed retro-ish head, after which her daughter snatches away the sketchbook to create rudimentary body (or animal!) parts as well as other random details. Afterward Hendricks goes back in to polish things up a bit and behold: dinosaur women, slug ladies, and beaver astronauts are born. Of the collaboration Hendricks shares:

Sometimes I would give her suggestions, like “maybe she could have a dragon body!” but usually she would ignore theses suggestions if it didn’t fit in with what she already had in mind. But since I am a grownup and a little bit (okay a lot) of a perfectionist, I sometimes would have a specific idea in mind as I doodled my heads. Maybe she could make this into a bug! I’d think happily to myself as I sketched, imagining the possibilities of what it could look like. So later, when she’d doodle some crazy shape that seemed to go in some surrealistic direction, or put a large circle around the creature and filled the WHOLE THING in with marker, part of my brain would think, What is she DOING?!? She’s just scribbling it all up! But I should know that in most instances, kids’ imaginations way outweigh a grownup’s, and it always ALWAYS looked better that what I had imagined. ALWAYS.

Kind of reminds me of Rob Kimmel’s collaboration with his son or even Axe Cop. If you’re interested, Hendricks just published 16 of their illustrations as prints over on Society6.