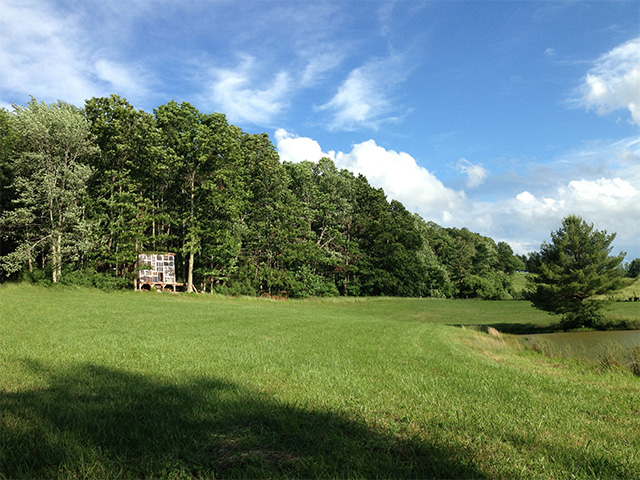 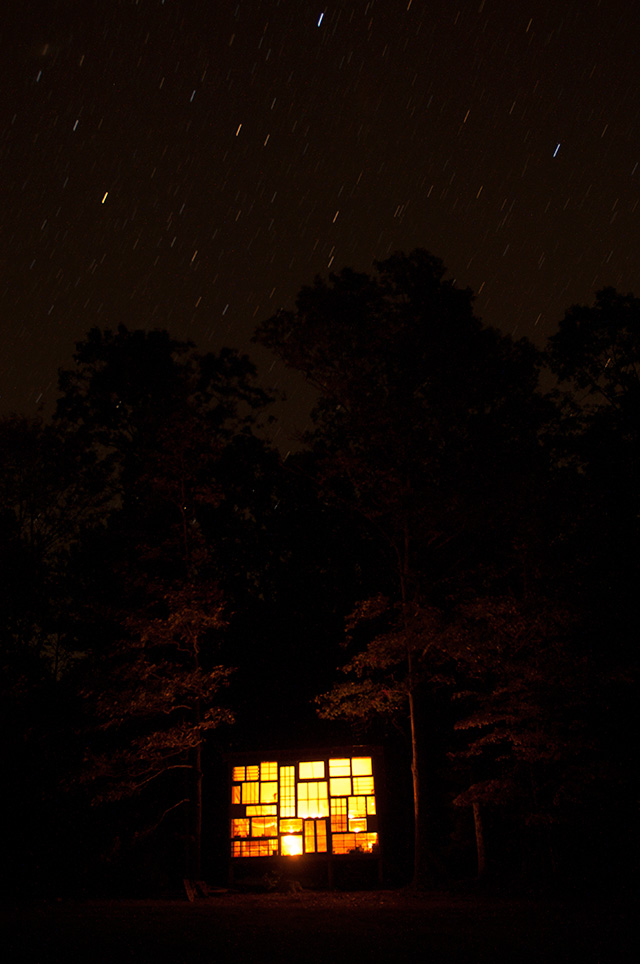 For their very first date, photographer Nick Olson took designer Lilah Horwitz on a walk in the mountains of West Virginia. While chatting and getting to know each other during a particularly scenic sunset the two jokingly wondered what it would be like to live in a house where the entire facade was windows, so the sunset would never be contained within a small space. Where most people would file the idea away as a dream or maybe an item at the bottom of a bucket list, the newly minted couple were a bit more aggressive. Less than a year later the two quit their jobs and embarked on a road trip starting in Pennsylvania to collect dozens of windows from garage sales and antique dealers. A few weeks later they arrived in West Virginia and built the glass cabin in the exact same spot where they envisioned it on their fist date.

Filmmakers Matt Glass and Jordan Wayne Long of Half Cut Tea caught up with Horwirz and Olson to learn more about the construction of the building and their unusually strong commitment to following through with their artistic visions.