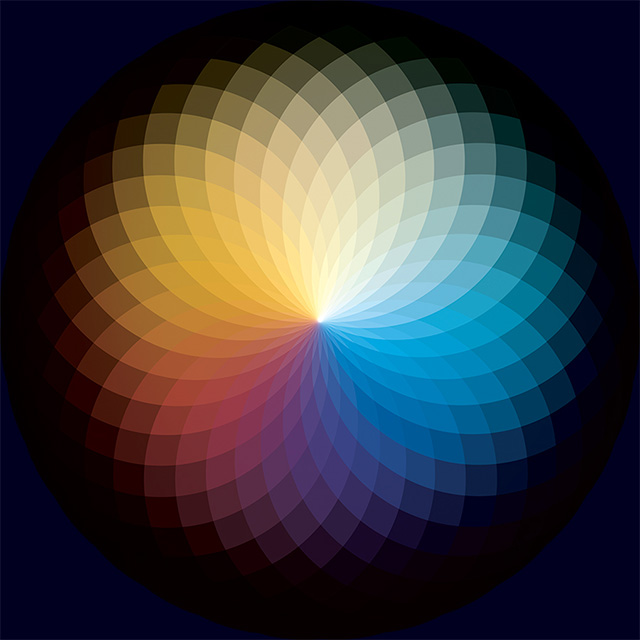 Rochester-based artist Andy Gilmore turns math into art, creating hypnotizing and kaledscopic patterns that are heavily influenced by patterns he encounters in nature as well as music. The prolific artist has numerous commercial clients including Wired, Nike, and the New York Times, but has also released his own visual compositions through Ghostly International Editions since 2010. Gilmore just released a new body of work and sat down with Ghostly in the video above to talk about his process and influence. (via Colossal Submissions, and thnx Steve!)