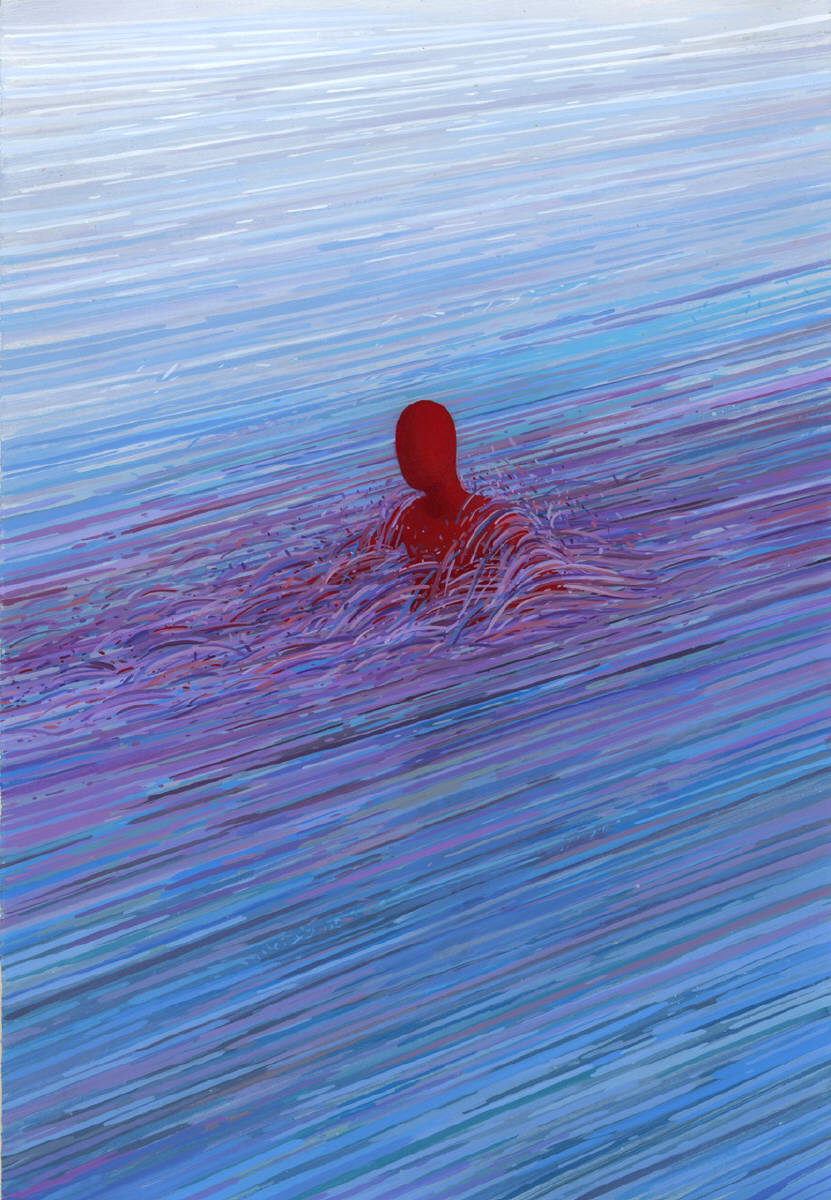 Oakland-based artist Brendan Monroe has been on a tear lately a solo show and several group exhibitions featuring his delightfully strange human and topographic forms composed of whirling rivers and swarms of color. The artist says his artwork is mostly rooted in science and then executed through painting and sculpting, which is not hard to see given the flow of energy found in each piece that seems influenced by the flow of water, tornadoes, or the grouping of microorganisms. Many of the paintings shown here are from a solo show at Richard Heller Gallery last May, and you can catch several new pieces at Galerie L.J. in Paris later this year.