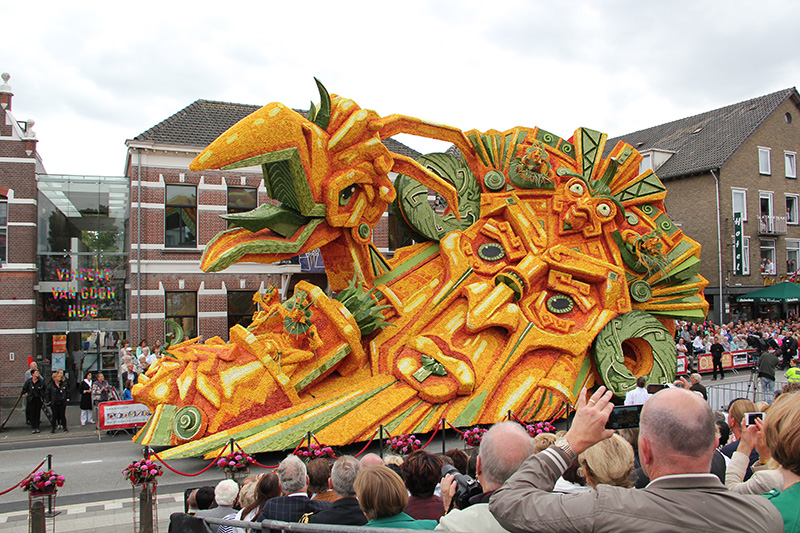 It’s the biggest time of year for the small town of Zundert in the Netherlands. Twenty gigantic floats were paraded through the city as part of Corso Zundert (previously), an annual flower parade that sees teams of designers and artisans compete to build the most original sculpture covered almost completely with dahlia flowers.

Several floats appearing in Corso Zundert this year contained moving parts, including the winner, Crazy Gold, that had some 53 moving components. You can see a ranking of this years competitors over on Croso Zundert, videos on YouTube, and many more photos courtesy Omroep Brabant.