A Monochromatic Farewell to a Condemned House in Germany 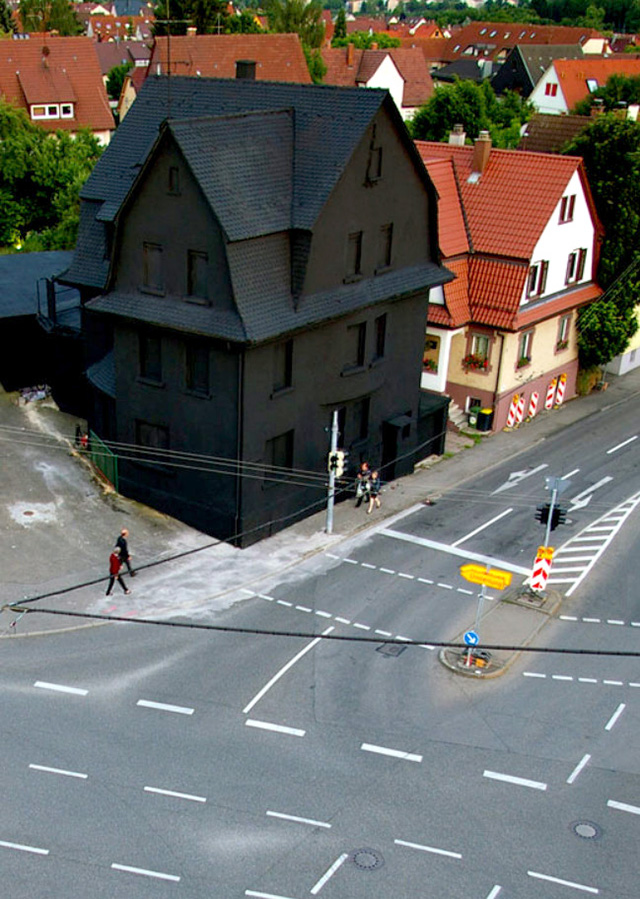 Haus in Schwarz (House in Black) was a 2008 public art piece by artists Erik Sturm und Simon Jung (previously) in the city center of Möhringen, Germany. The piece was meant as a farewell to the building which was slated for demolition, with the matte black paint acting as a sort of final curtain to an exterior that had recently been used by numerous street artists, shown above. Does anyone know what occupies the space today?