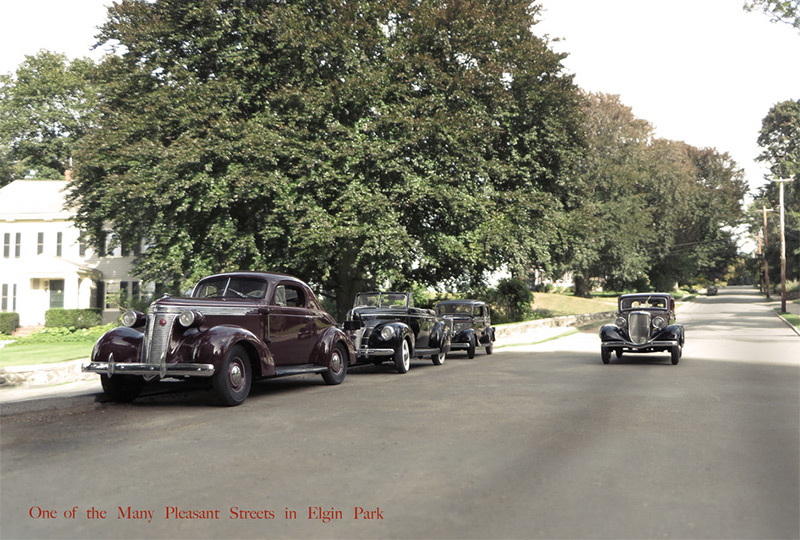 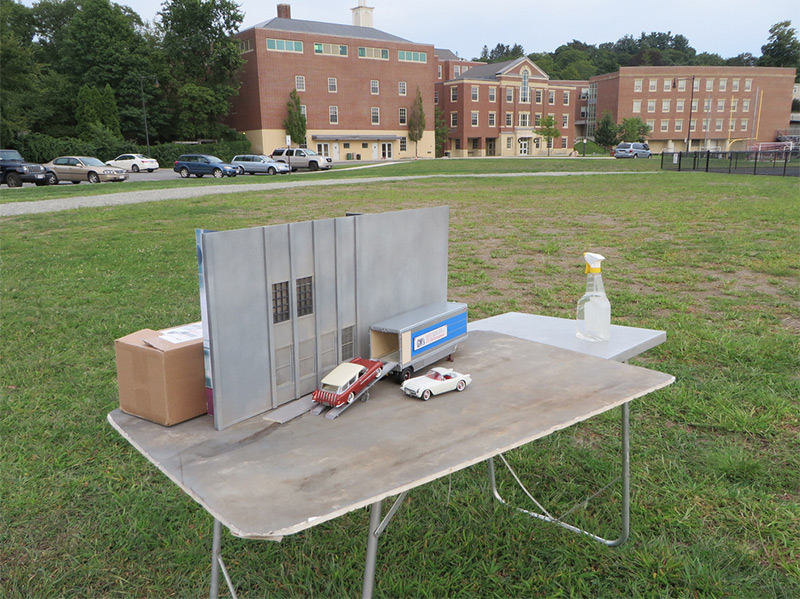 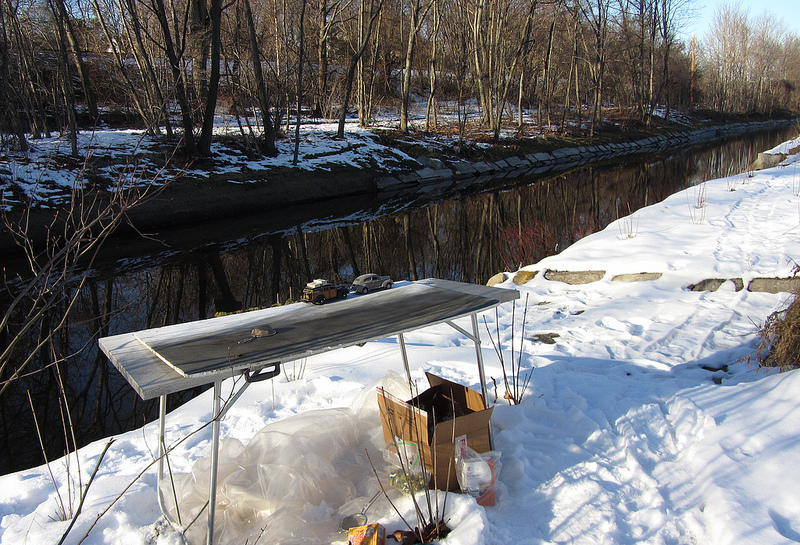 Over his long career of making and building, self-taught photographer Michael Paul Smith has at times referred to himself as a text book illustrator, a wallpaper hanger and house painter, a museum display designer, an architectural model maker, and art director. All of these skills have culminated in the amazing ability to shoot forced perspective outdoor scenes using his extensive diecast model car collection. Something he calls his “quirky hobby.”

For nearly 25 years Smith has been working on a fictional town he refers to as Elgin Park where all of his miniature scenes take place. To make each shot he positions an old card table at scenic points around Boston and positions his minutely detailed cars and model sets on top. Using an inexpensive point-and-shoot camera and natural light he then snaps away, simply eye-balling the perspective to get everything right.

While these are his most recent photos, earlier shots from the collection have gone into a book titled Elgin Park: An Ideal American Town. To learn more you can read an extensive interview over on Fstoppers. All photos courtesy Michael Paul Smith. (via PetaPixel)