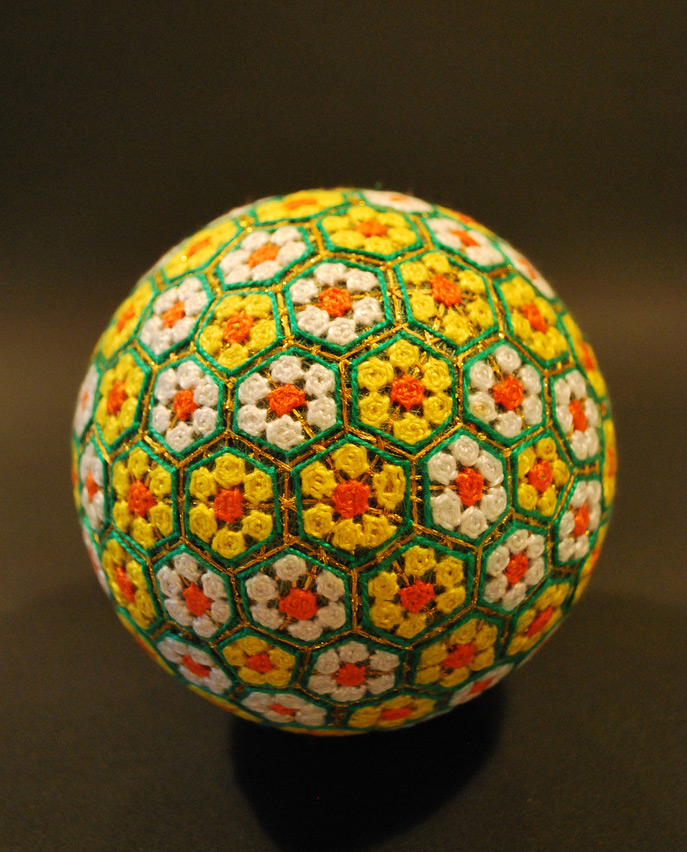 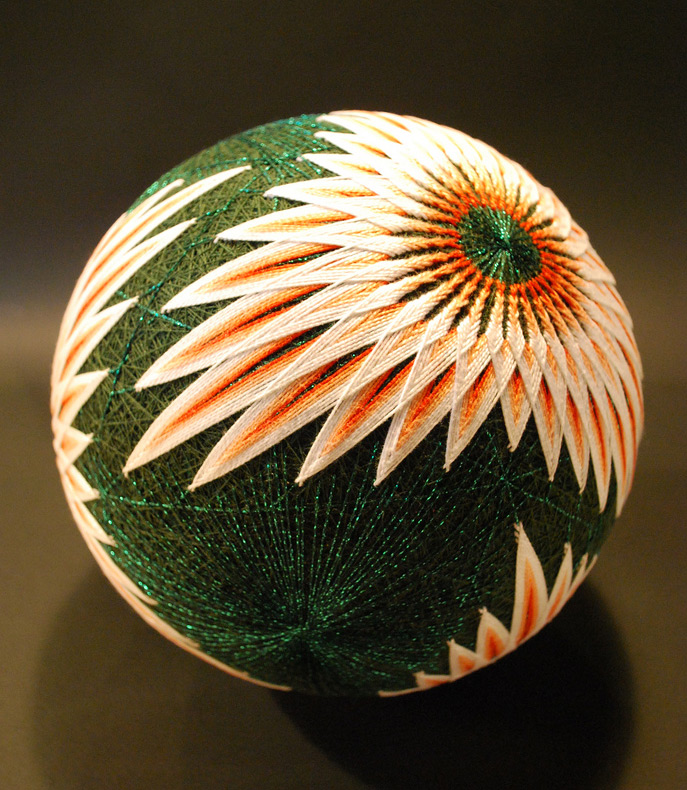 Temari balls are a form of folk art that originated in China and were introduced to Japan in the 7th century. The carefully hand-embroidered balls often made from the thread of old kimonos were created by parents or grandparents and given to children on New Year’s day as special gift. According to Wikipedia the balls would sometimes contain secret handwritten wish for the child, or else contained some kind of noise-making object like a bell.

Flickr user NanaAkua photographed this amazing collection of geometric spheres created by her 88-year-old grandmother who began to master the art in her 60s. She has since created hundreds of them, nearly 500 of which you can see right here. (via DDN Japan)