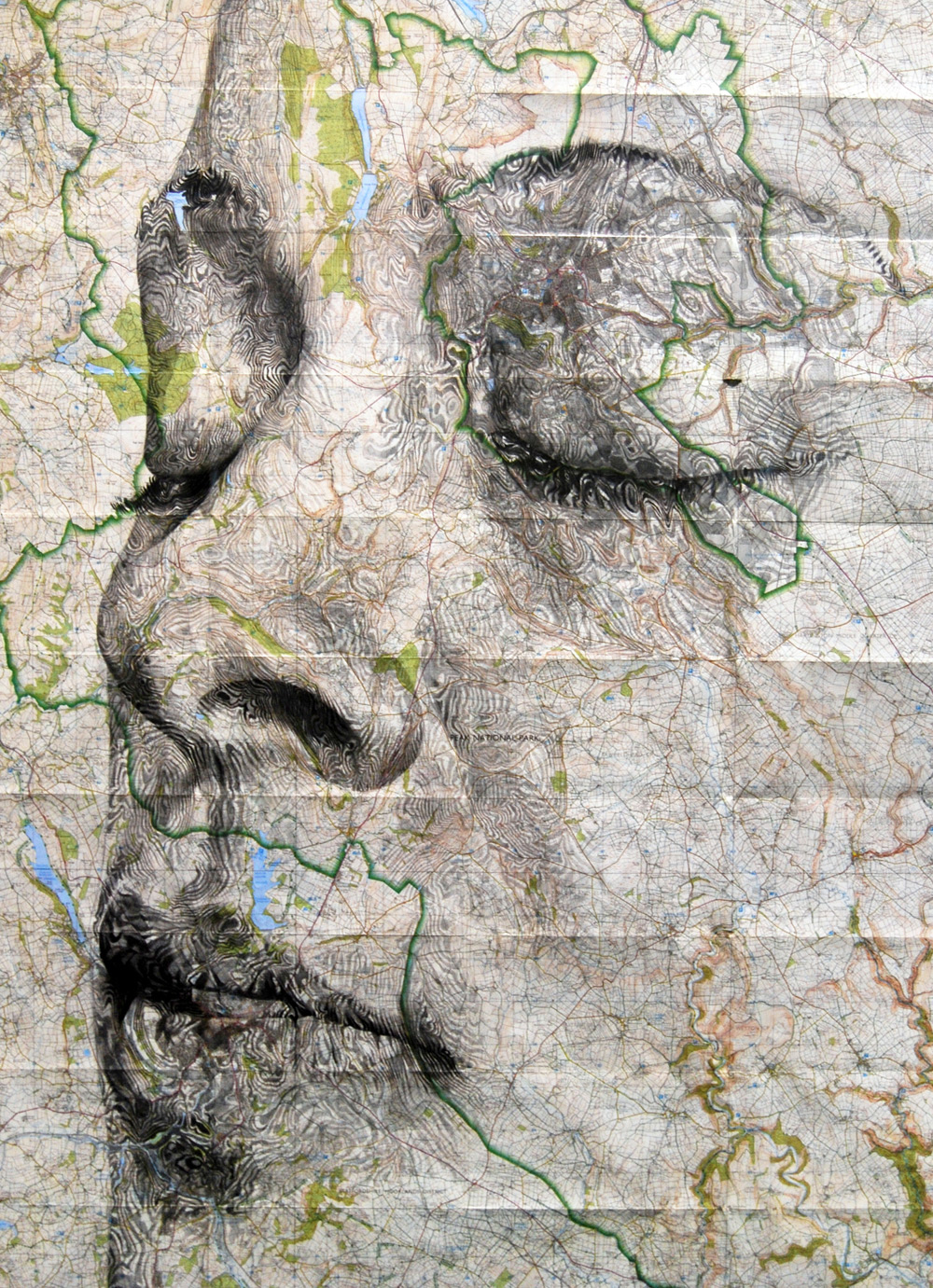 Colorado Geological, 2013. Pencil on a geological map of Colorado, the first of a series of works exclusive to the Mike Wright Gallery in Denver, Colorado. Bristol Envelope, 2013. A small portrait, produced in ink on an original street map of Bristol (UK) – this was later cut and folded to form an envelope, combining the current map works produced by Fairburn and a previous project—postal art. Shrewsbury, 2013. Progress shot, ink on a street map of Shrewsbury. Innsbruck, 2013. Ink on a contoured map of Innsbruck/surrounding area, 20 x 20in (52 x 52cm) approx. Lines of elevation have been followed with a pen, the width of each line has been altered accordingly to build the different tones. Solihull, 2013. Progress shot of a past experiment in inks.

Using a wide variety of canvases including railroad blueprints, star charts, geological and street maps, Welsh artist Ed Fairburn (previously here and here) uses additive and subtractive techniques to create portraits that seem pefectly integrated with the topography of streets, mountains and rivers. It’s been almost a year since we last checked in with Fairburn whose process and approach to creating these stunning portraits continues to evolve. One of his most striking methods is to carefully follow map contours with a pen creating rows of lines that vary by width to create individual forms and shadows. The final portraits are so entwined with the map, it becomes hard to imagine one existing without the other.

You can see Fairburn’s work for yourself at Mike Wright Gallery in Denver, Colorado and he also has prints available here.