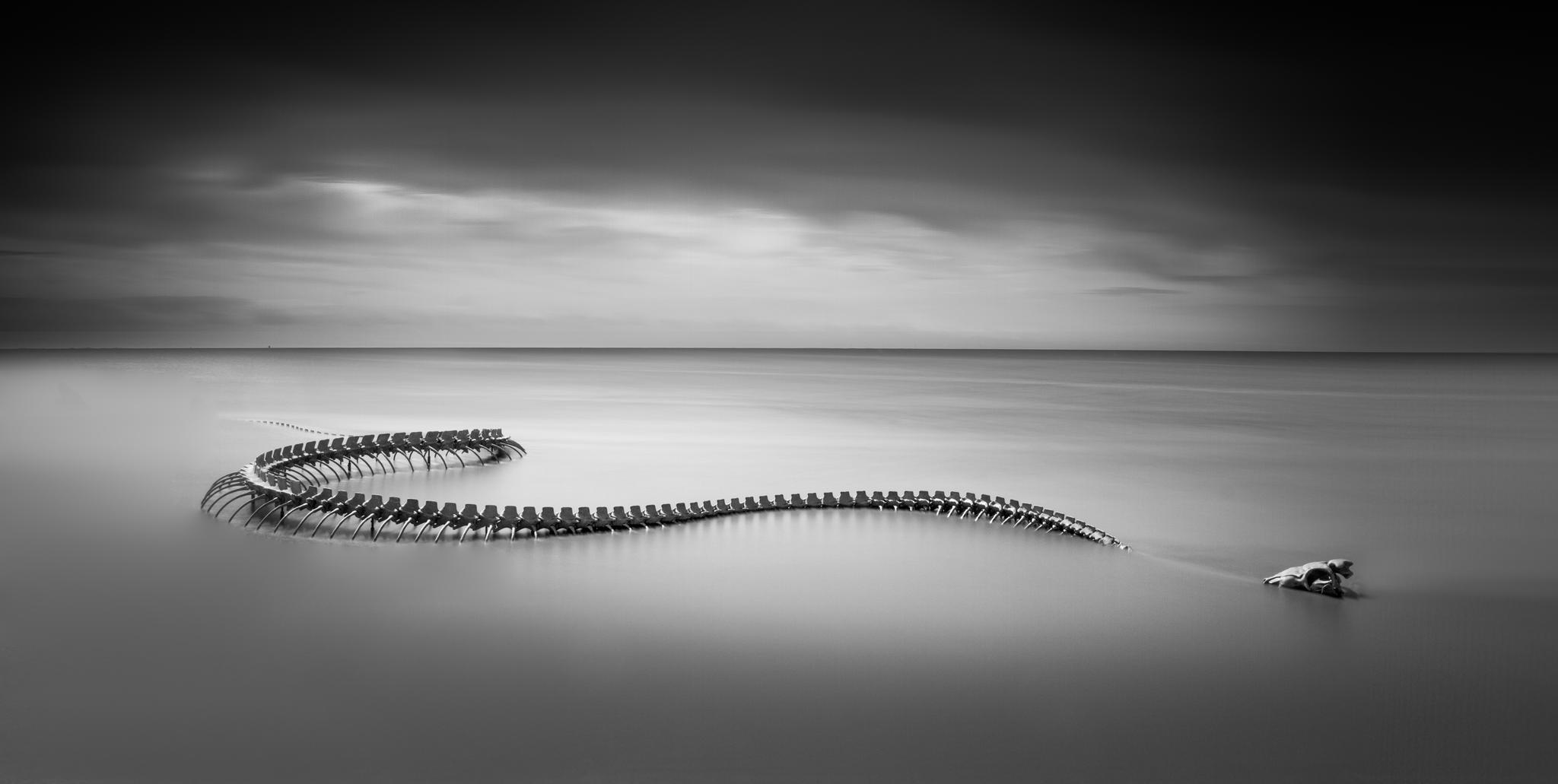 Completed in 2012, Serpent d’océan is a giant aluminum sea serpent skeleton by artist Huang Yong Ping (previously) situated off the shore of the Loire River where it empties into the Bay of Biscay just outside of Nantes, France. Measuring nearly 425 feet (130 meters) in length the curving skeleton mirrors the curves of the nearby Saint-Nazaire bridge and was created as a permanent work for the final Estuaire contemporary art exhibition in 2012. Via Nantes Tourisme:

By having a major figure from Chinese mythology appear on European shores, Huang Yong Ping examines, the notions of identity and cultural hybridity, as is often the case in his work. The environmental question is also very present in his art where he regularly exposes the paradox of the man sawing the branch he is sitting on, torn between creative abilities and destructive impulses. This is one of the many possible interpretations of this work: placed on the beach, the skeleton appears with the tide and, little by little, will be home to marine fauna and flora.

Depending on weather conditions, tide levels, or the perspective of a photographer, Serpent d’océan appears dramatically different from day to day, a phenomenon you can witness over on Flickr.