Inspired in part by the 8-bit graphics of old Atari and Nintendo video games from his youth, artist Adam Lister paints quirky watercolor interpretations of pop culture icons, art world happenings, and famous paintings. Trying to describe his style can be difficult as it’s not quite digital and it’s not quite Cubism (though maybe it’s a tad Etch A Sketch?). While all of Lister’s works are distinctly humorous, many are also strangely nostalgic, recalling moments from the recent past including comic book characters, Star Wars references, and even numerous interpretations of iconic TV painter Bob Ross.

Lister has several limited edition prints available on his website, and his work most recently appeared as part of a group show at Catalyst Gallery. He’s also turned several pieces into 3D printed objects. (via Yatzer, Huffington Post) 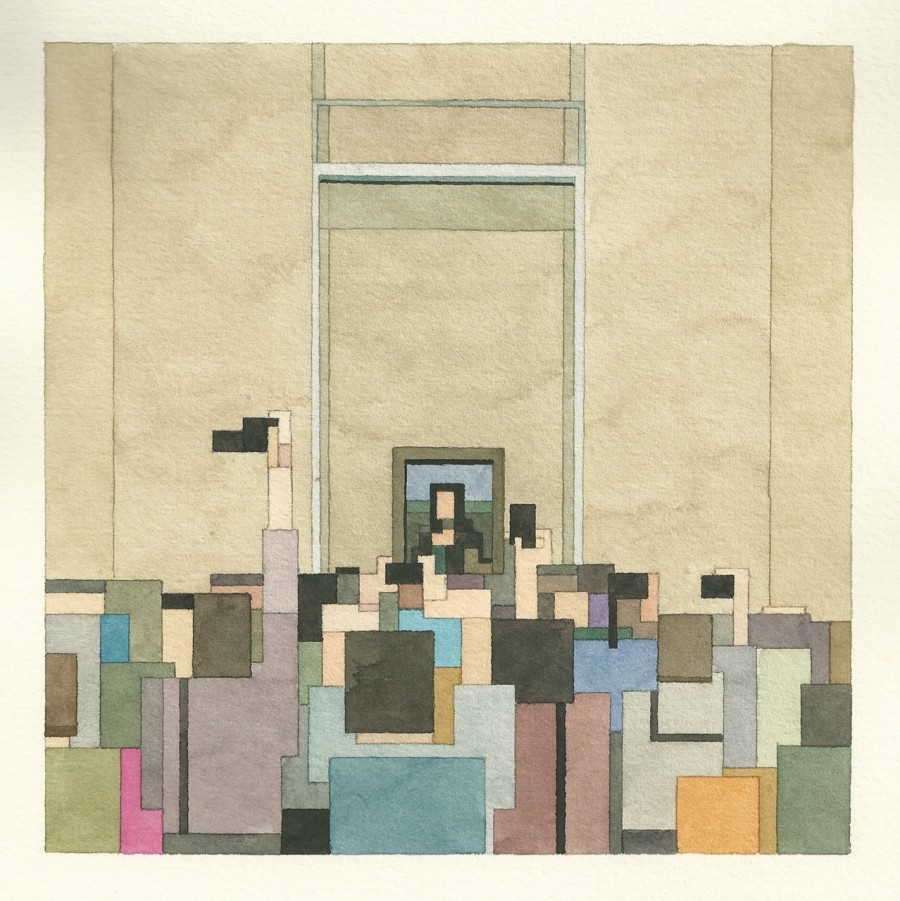 Mona Lisa at the Louvre The Selling of “The Scream” 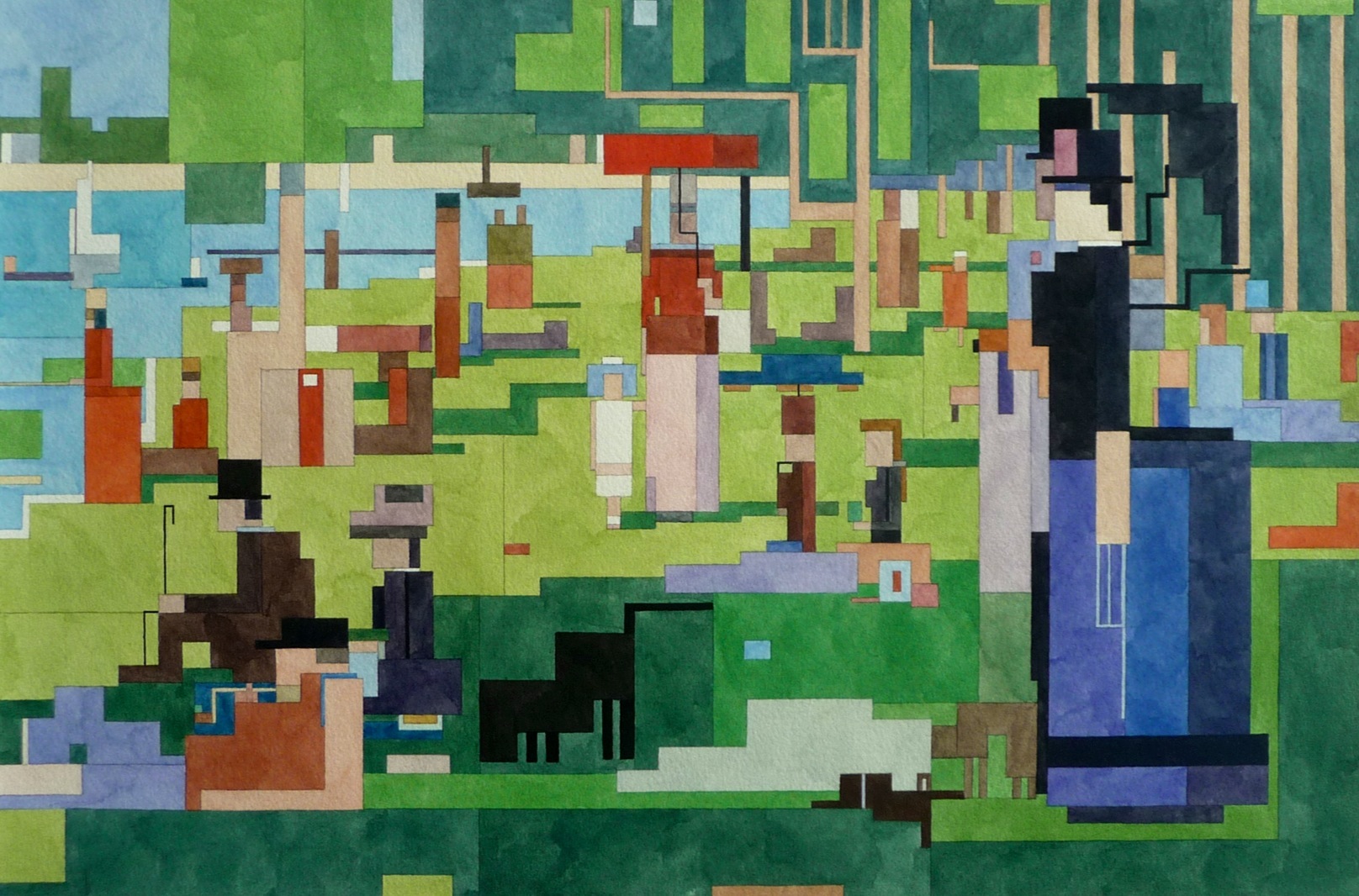 A Sunday Afternoon on the Island of La Grande Jatte