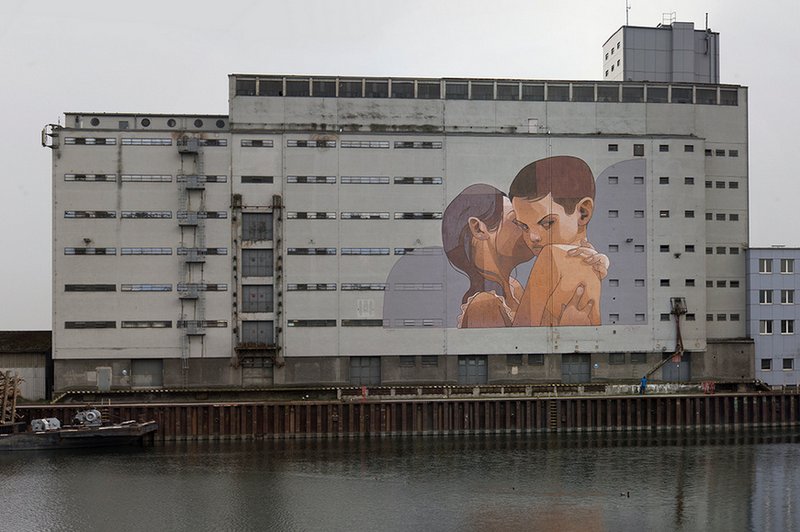 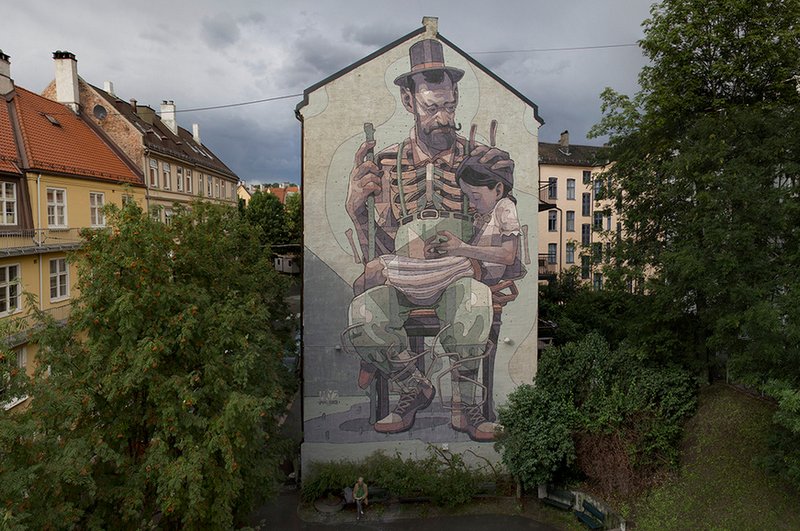 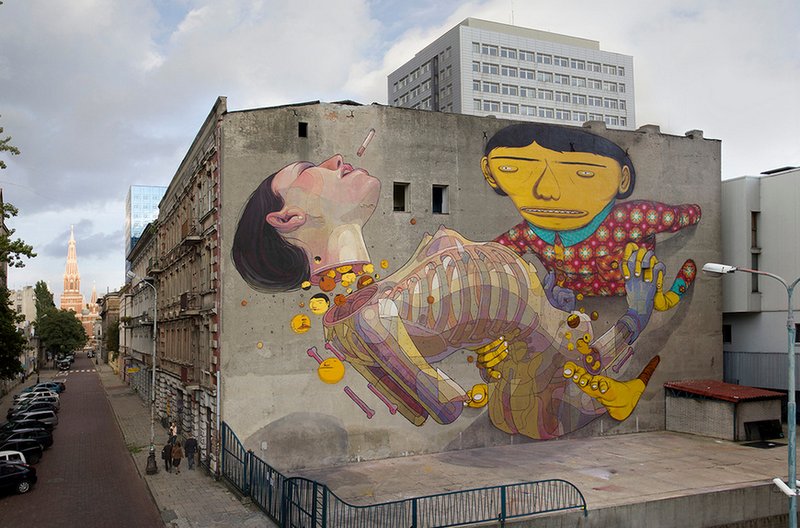 If you’re trying to find the globe-trotting Spanish street artist Aryz, you’ll have to look up. Because in whatever city he happens to be in, the prominent artist will typically be hoisted 100ft above street level converting large building facades into public canvases. And buildings aren’t the only thing he’s climbed. At just 25 years of age, Aryz (pronounced “Areez”) has risen to be amongst the top ranks of world-renowned street artists like Banksy and ROA.

Aryz was born in Palo Alto but moved back to Spain when he was just three. He began painting (in the form of graffiti) as a teenager, and his style evolved – in part, from his art studies in college – to what it is today. Bones are a recurring motif in the artist’s work, and so are skin-like muted colors. “I feel it’s really aggressive when you paint in a public space, so I don’t really want to play with bright colors,” said Aryz. “It would be too much.”

Have a look at some of his latest pieces, which includes the artist’s most latest: “Overprotection,” painted in late March, on a large industrial building in Linz, Austria. You can follow the artist on Facebook or Instagram.