How does an island in New York City’s East River go from being notoriously feared, almost 100 years ago, to being completely forgotten about today? That’s the story behind North Brother Island, the subject of photographer Christopher Payne’s new photo book.

A 10-minute boat ride from the Bronx’s Barretto Point Park, North Brother Island originally housed Riverside Hospital between the 1880s and 1930s. While in operation, the hospital served hundreds of patients who suffered from extremely communicable diseases, including smallpox, typhus, scarlet fever and even leprosy. It was also where “Typhoid Mary” was quarantined, and where she eventually died. In a 1935 profile for the New Yorker, the editor Stanley Walker described the island as “…a dismal spot. Sitting there, one may see, as the best view, the gas tanks on the Bronx shore. Now and then a ferryboat glides past. At night the dirty water of the East River laps against the rocks, making a messy, ghostly noise.”

The island’s facilities have since been decommissioned and the island itself abandoned since 1963. It sank into the depths of our memories until 2008, when Christopher Payne wrote a proposal to photograph and document the island in its current state. The New York City Department of Parks and Recreation agreed, and thus began Payne’s expeditions, which would continue for the next 5 years. His stunning photographs are now available in his new book, “North Brother Island: The Last Unknown Place in New York City.” (via Animal and Slate) 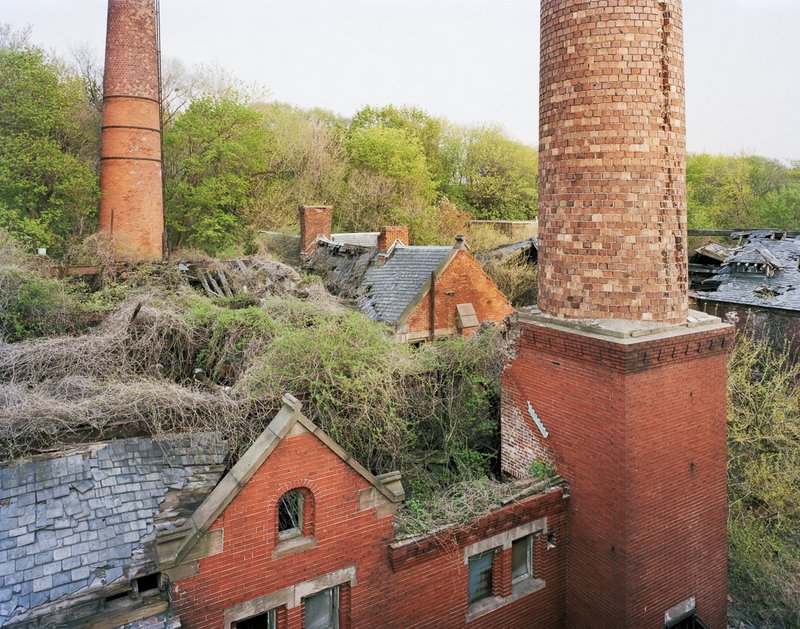