Good Badlands: Dry Terrain of the American West Captured in a Brief Moment of Color by Guy Tal 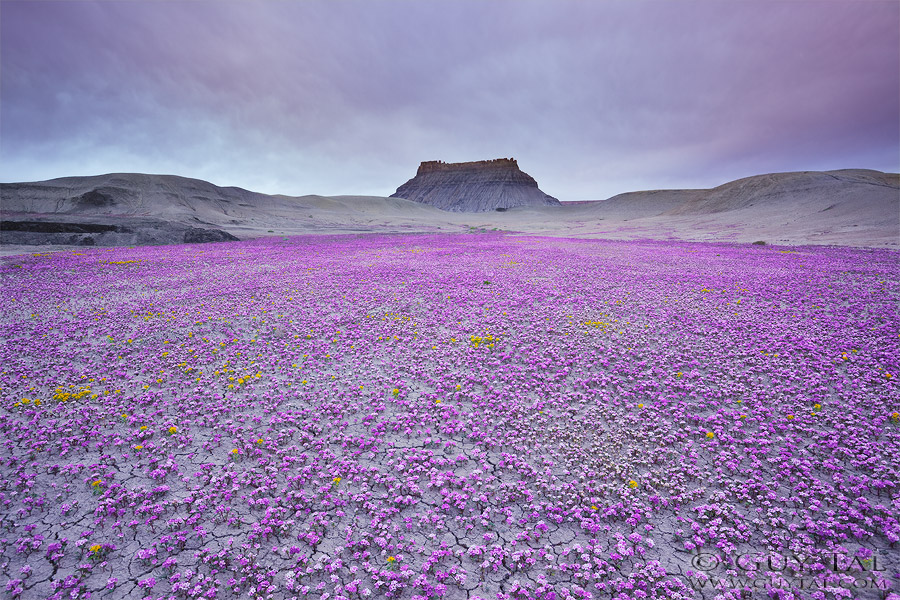 The Badlands are a type of parched, sunbaked terrain characterized by jagged rock, cracked earth and, of course, minimal vegetation. It’s a harsh environment of lifeless wasteland but there is also good news to be found in the badlands. For the patient observer, like photographer Guy Tal, there is a delicate beauty that reveals itself only so often. “On rare years,” says Tal, describing his series of photos taken in the American West, “wildflowers burst into stunning display of color, transforming the desert into a veritable garden for just few precious days.” The reason, apparently, is that vegetation in the region has adapted to the climate. With just a tiny bit of moisture the desert can transform into a colorful garden of bright purple and yellow. You can see more photos on Tal’s website, or purchase his book More Than a Rock. (via Bored Panda)

Update: According to @happyhillers these are Scorpionweed and Beeplant flowers. 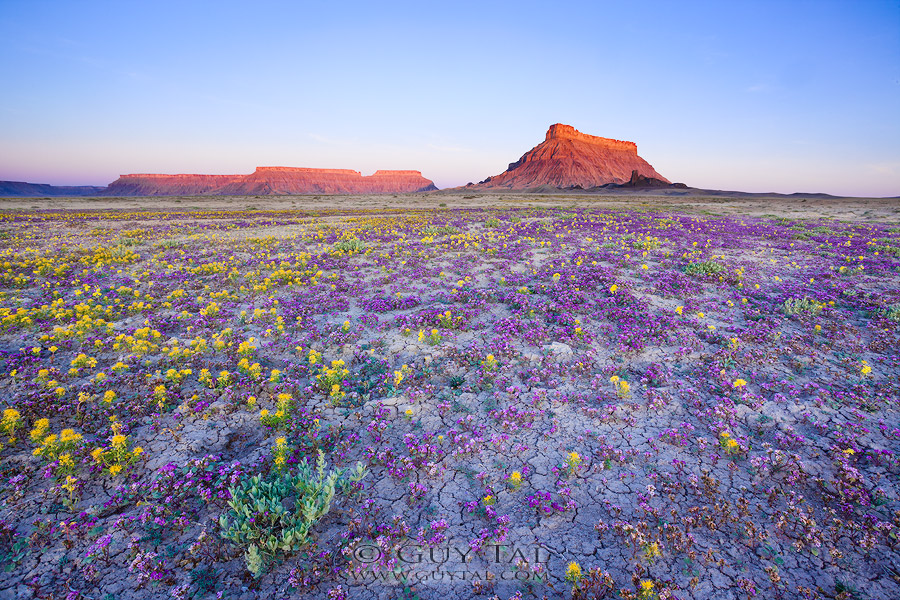