For a photographer living in a major city filled with iconic architecture, museums, and myriad tourist destinations, the struggle to capture an authentic image is great. This was the exact situation photographer Michael Wolf found himself in after moving to Paris from Hong Kong in 2008. Surrounded in a city filled with sights that could easily be interpreted as cliché, Wolf pointed his camera away from the recognizable landmarks and instead focused on the dense rooftops surrounding the city. Packed with stout chimneys, tv antennas, graffiti, and numerous geometric forms, these shots present a strange abstracted view of a usually recognizable place.

Wolf’s “Paris Abstract” series is currently on view at Robert Koch Gallery in San Francisco through September 6, 2014. (via Juxtapoz) 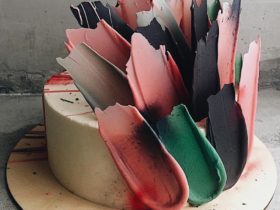