Photographer and filmmaker Milton Tan was given unprecedented access to Singapore Changi Airport in order to film his latest timelapse of planes taking off and landing at night. In an unusual reversal, airport officials saw one of Tan’s earlier films, and immediately invited him to shoot at Changi from several restricted areas. He was at times positioned so close that you can occasionally see his tripod shake from the thrust of the jet engines.

My favorite aspect is that even when the airport appears to be busiest (Changi Airport has a takeoff or landing every minute), the airplanes only appear as abstract orbs and streaks of light moving through the sky. You can see a bit more about how it was made over on PetaPixel, and on Tan’s blog. 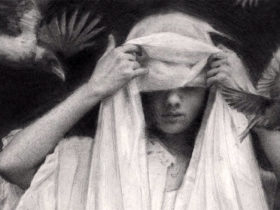