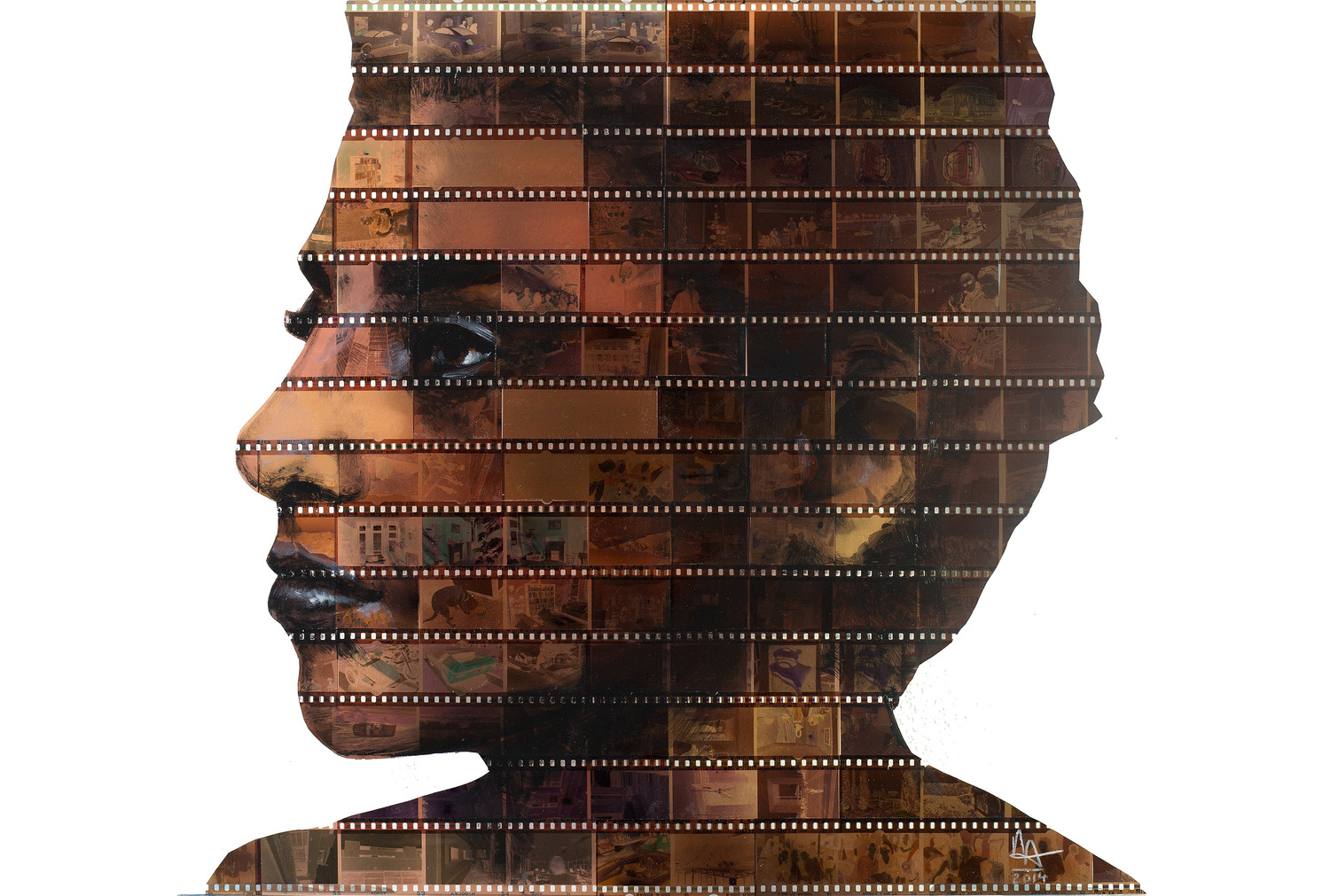 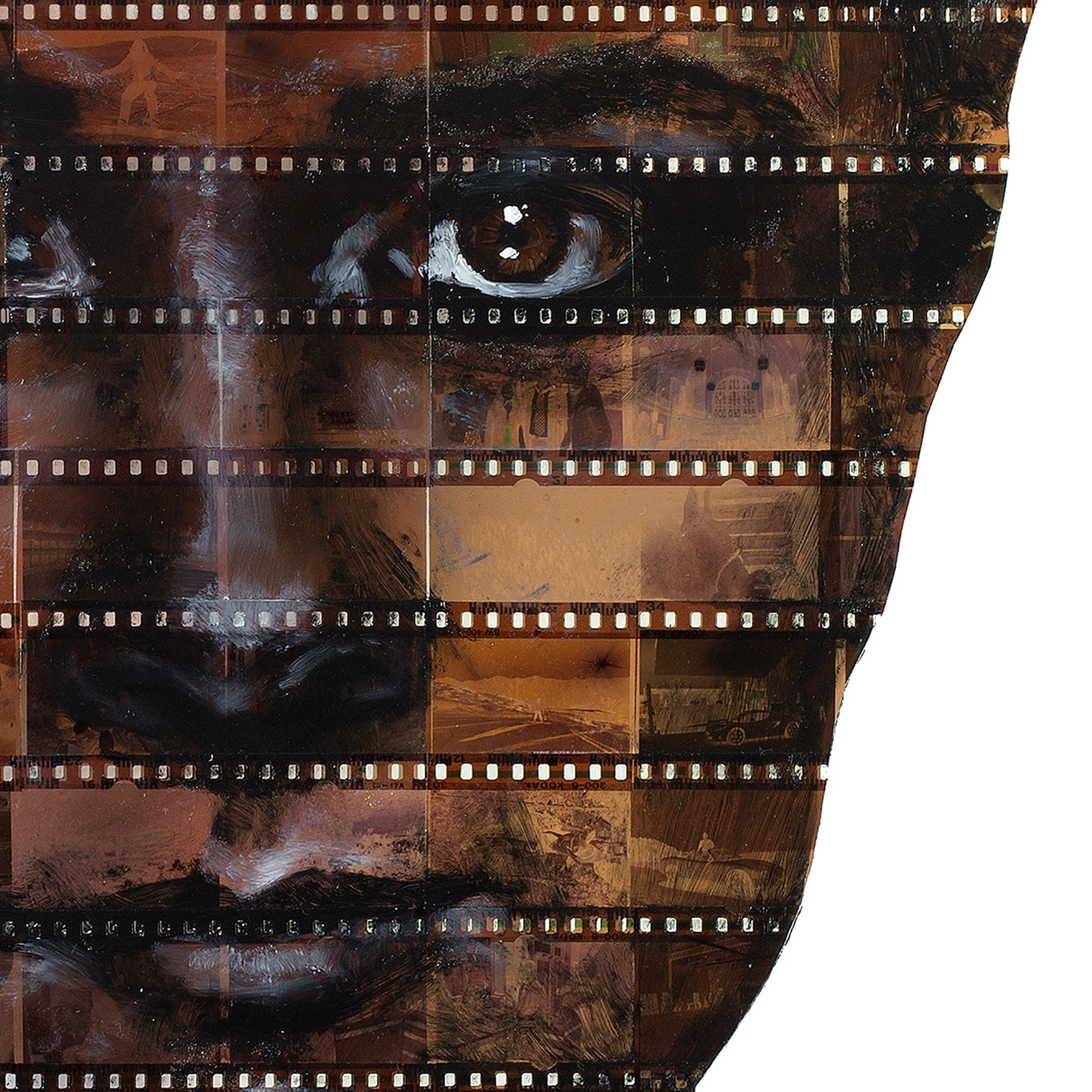 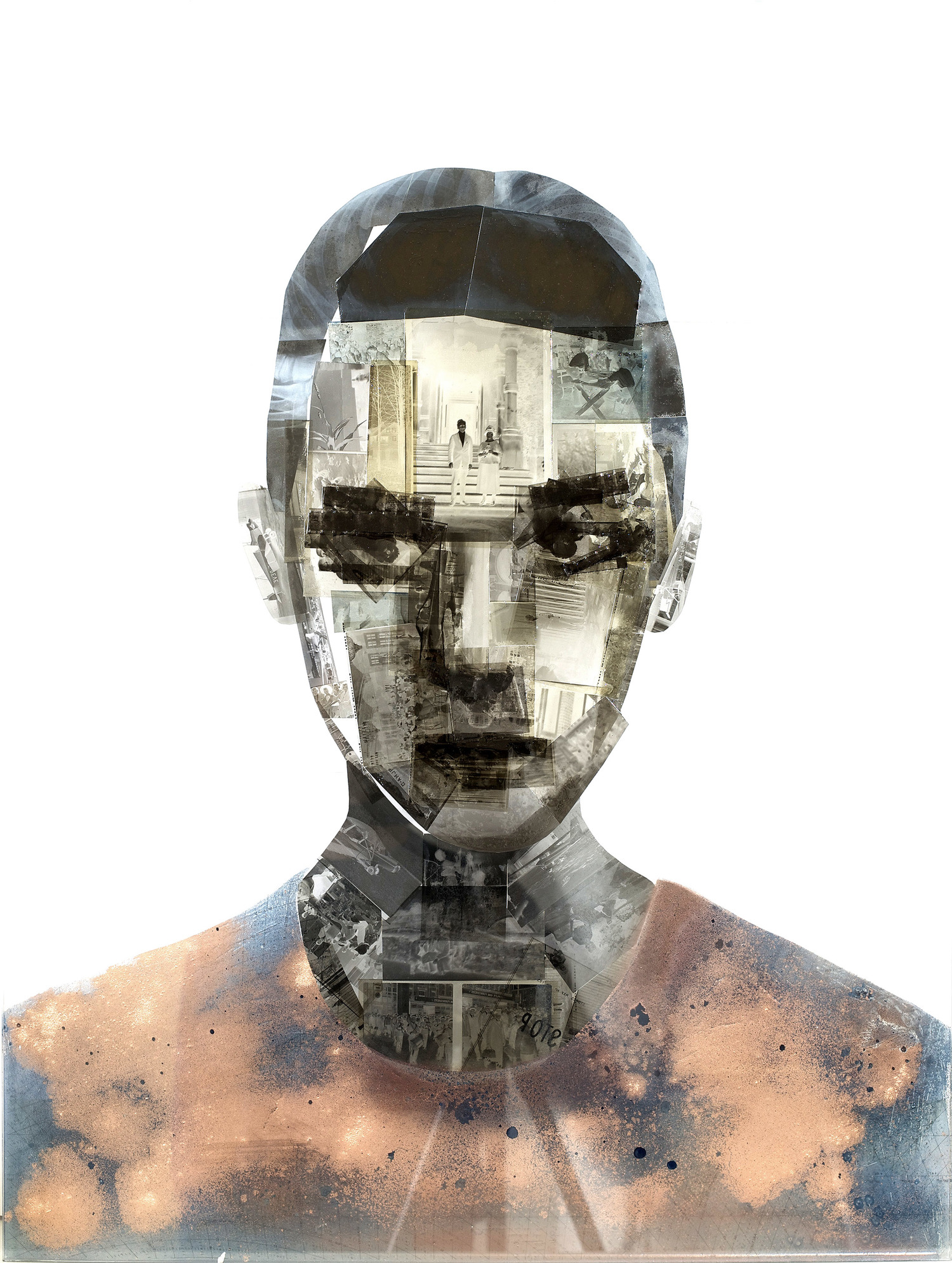 British artist Nick Gentry (previously) created a new series of portraits by painting on cut film negatives, part of an ongoing effort to repurpose obsolete media—he’s widely known for his paintings on floppy disks—which he uses as a backdrop for his portraiture. The new pieces are part of an upcoming show titled Synthetic Dreams at Robert Fontaine Gallery in Miami in November. You can see some of Gentry’s most recent work in his online gallery.