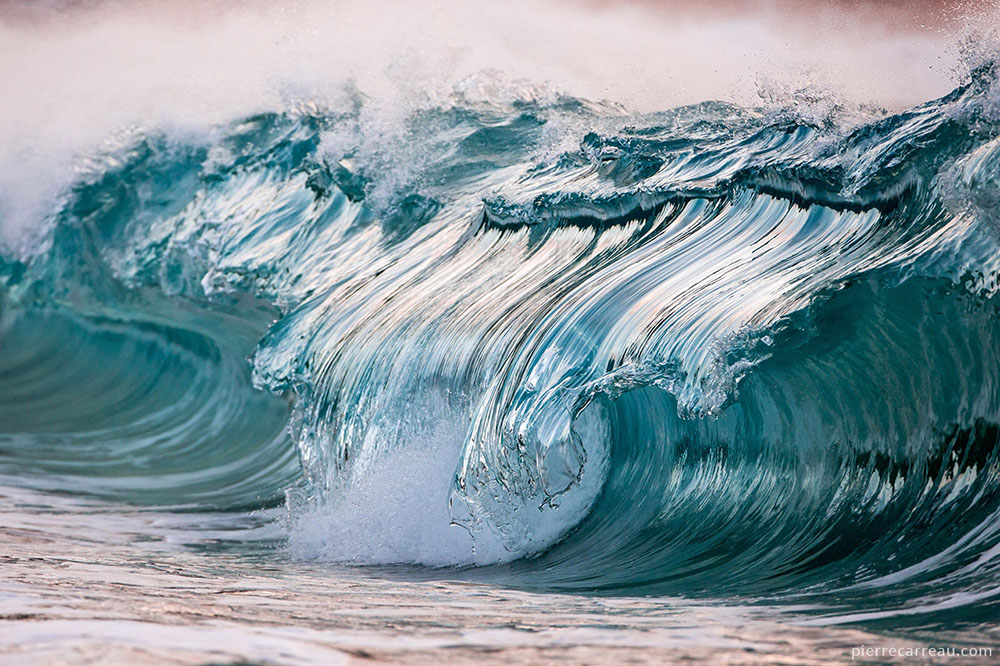 Fascinated by the mysteries of the ocean his entire life, photographer Pierre Carreau (previously) documents the power and serenity of ocean waves in his now decade-long project AquaViva. After obtaining a business degree and going into IT, Carreau dramatically changed course in 2004 and moved with his family to the Caribbean island of St. Barthélemy where he now photographs waves as an artistic pursuit.

Carreau’s high-speed photos capture waves that appear frozen in time, giving them an almost sculptural appearance. “Water is amazing,” Carreau says. “Basically it has no color, but through reflection and refraction it can possess all of them, the entire spectrum of light.” More from his statement about AquaViva:

Carreau observes that the photographic images of AquaViva may sometimes be perceived as objects rather than as two-dimensional representations. The play of light off the multitude of facets and curves on the water’s surface gives the image a sculptural quality that enhances the sense of stillness and power. This simultaneous depiction of roiling movement and suspended kinetic energy parallels the dual nature of the oceans and of water itself: life-giving and yet dangerous, inviting and yet fearsome, primordial and yet ever-changing and always renewed.

Seen here is a collection of new photos from 2014 mixed with a few earlier shots we had yet to feature on Colossal, and there’s plenty more to see.