Built in the late 1880s, Holland Island House was the last surviving structure on an rapidly eroding island in the Chesapeake Bay. The island’s inhabitants were forced from the island in the 1920s, but this one Victorian structure stood for decades as the land around it disappeared. After numerous attempts to save it, the house finally collapsed into the ocean in October of 2010.

In her stop-motion short The Ballad of Holland Island House, animator Lynn Tomlinson shares the story of the house through an innovative clay-on-glass animation technique. Every single frame was painted by hand with clay and photographed, a medium that lends itself perfectly to depicting ocean currents, memory, and the passage of time. Music by Anna & Elizabeth. 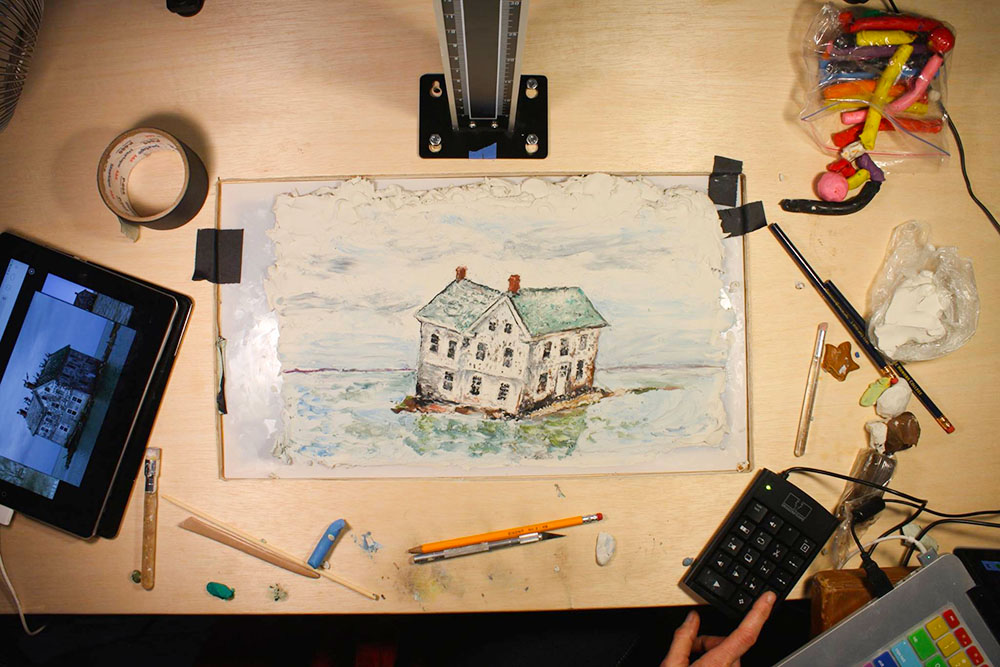