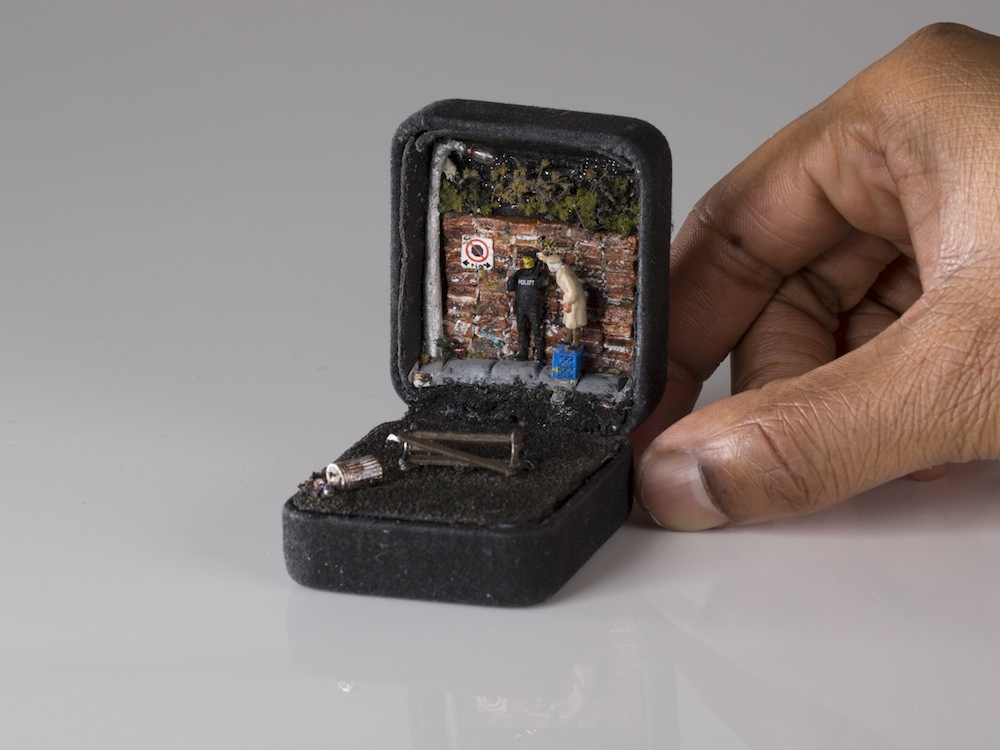 Ornate jewelry boxes set the stage for tiny painted scenes filled with nearly-microscopic human figurines. The boxes are meticulously crafted by Canadian-Trinidadian artist Talwst, who uses mixed media to explore the narrative of art history in combination with elements of contrasting cultures. Although his vintage boxes may cast an ancient light on the scene, the boxes encapsulate a present day cultural commentary through their arrangements.

Talwst works out of his studio in Toronto, Ontario and has a solo exhibition at the Art Gallery of Mississauga through April 12th. TALWST will also be collaborating with VICE magazine this year to produce a body of work that will appear on newsstands this September. (via BOOOOOOOM)