The Octographer: An Octopus Was Trained to Take Photographs of Aquarium Visitors in Just Three Tries 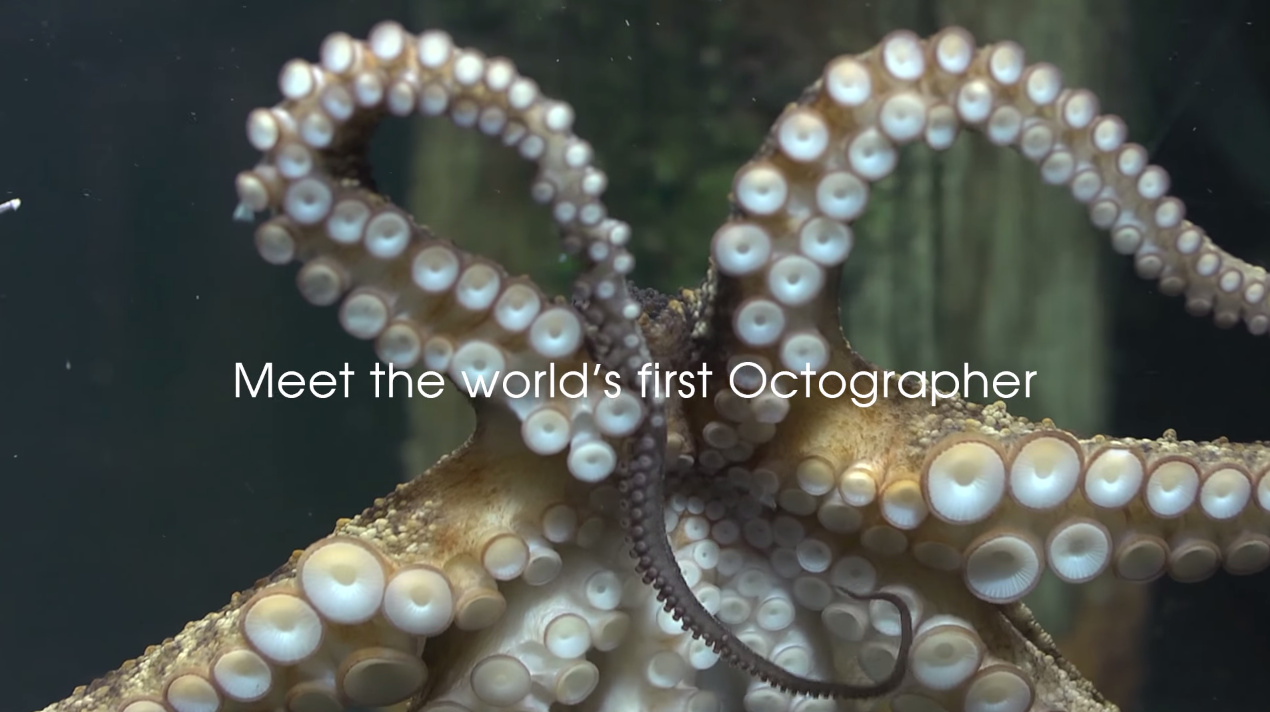 The octopus is a fascinating creature. And its well-documented intellect has led more and more scientists to believe that humans may not be alone in their ability to comprehend and solve challenging problems. In addition to opening jars and predicting the outcomes of soccer matches, we can now add ‘taking photographs’ to the ongoing list of skills these 8-legged invertebrate can learn.

To promote their water-resistant camera, Sony recently teamed up with the Sea Life Aquarium in New Zealand to teach an octopus named Rambo to take pictures of visitors from inside her tank. The camera was mounted on her tank “When we first tried to get her to take a photo, it only took three attempts for her to understand the process,” said one of the trainers. “That’s faster than a dog. Actually it’s faster than a human in some instances.” (via PetaPixel)