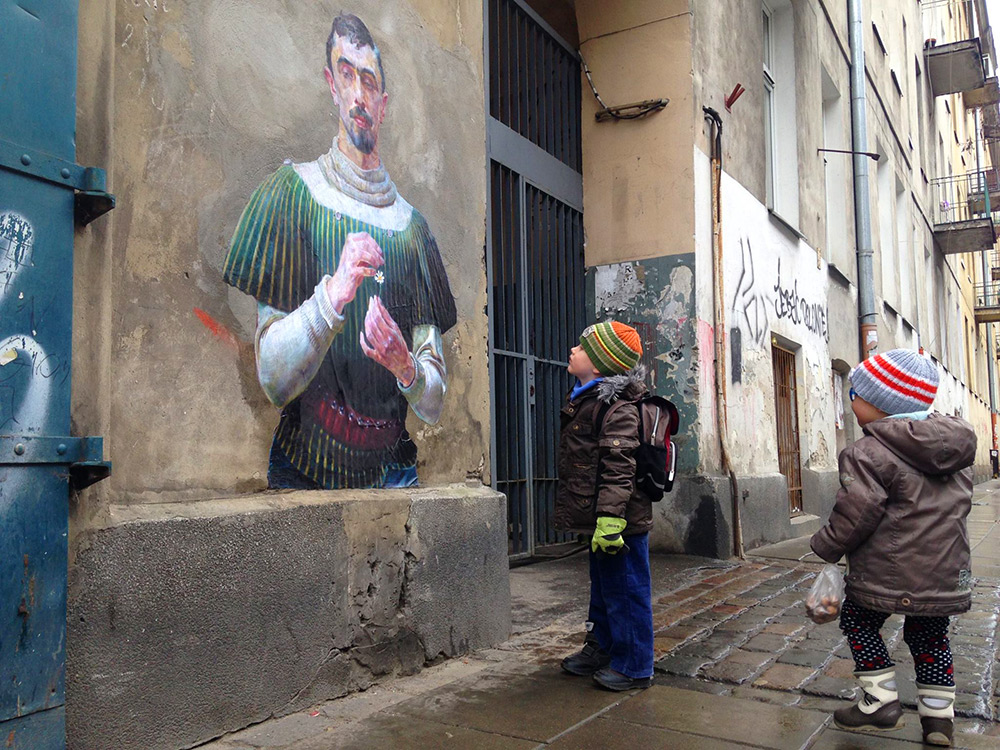 While visiting the Louvre last last year, artist and filmmaker Julien de Casabianca was struck by an Ingres painting of a female prisoner tucked unceremoniously into a corner of the museum. He suddenly had an idea: what if he could somehow free her—both figuratively and literally—by reproducing her figure on a public street. People may not know the painting, or even the artist, but at least the image would be seen by potentially hundreds or even thousands more people who may never visit the Louvre. With that single act, the Outings Project was born.

Since sharing photos of the first artwork online, people in at least 18 cities have liberated similar anonymous characters found in master paintings and pasted them up in public spaces in London, Barcelona, Chicago, Rome, and elsewhere. Casabianca says the global participation was completely unplanned and unexpected but he’s embraced the idea wholeheartedly.

When asked about the possibility of an artwork being taken out of context or without attribution he shares via email, “we don’t want to tell you something that you don’t know, and we don’t want people to feel ignorant. You have just to feel that [the artwork] is ancient and shifted, you have just to be touched by the emotion, by the esthetic, by the art.”

Art enthusiasts aren’t the only ones paying attention to the Outings Project. Two museums in Madrid and Poland have also engaged the artist to “play with their art in public.” Casabianca is now on a 12-city tour around the United States bringing more unknown figures in local museums into the light. You can follow the most recent classical art paste-ups on the project’s Facebook or Instagram. (via This Isn’t Happiness, Slate, Hyperallergic)