Since the earliest days of Winamp and other media players with vizualization software that transformed our favorite songs into pulsing animations, we’ve all grown accustomed to “seeing” music on a computer screen. A new company called Reify aims to put those same sound wave interpretations in your hands, as 3d-printed sculptures. Lead by founder and CEO Allison Wood, the team is creating software that turns any snippet of audio—from rock music to spoken poetry—into curious objects 3d-printed from bronze, plastic, or even coconut husk.

Reify is also creating software that allows you to ‘scan’ the sculptures with your phone to interpret them back into audio. It’s not clear from their concept video if the music is recognizable, but that’s probably not the point. These sound sculptures seem to be more about visual presentation than media like vinyl or a phonograph.

The Reify project has the unique distinction of being the fastest growing company born from NEW INC, the first museum-led (non-profit) incubator conceived by the New Museum in 2013. You can see many more music sculptures on their Tumblr. (via the Creator’s Project) “Ride of the Valkyries” by Richard Wagner 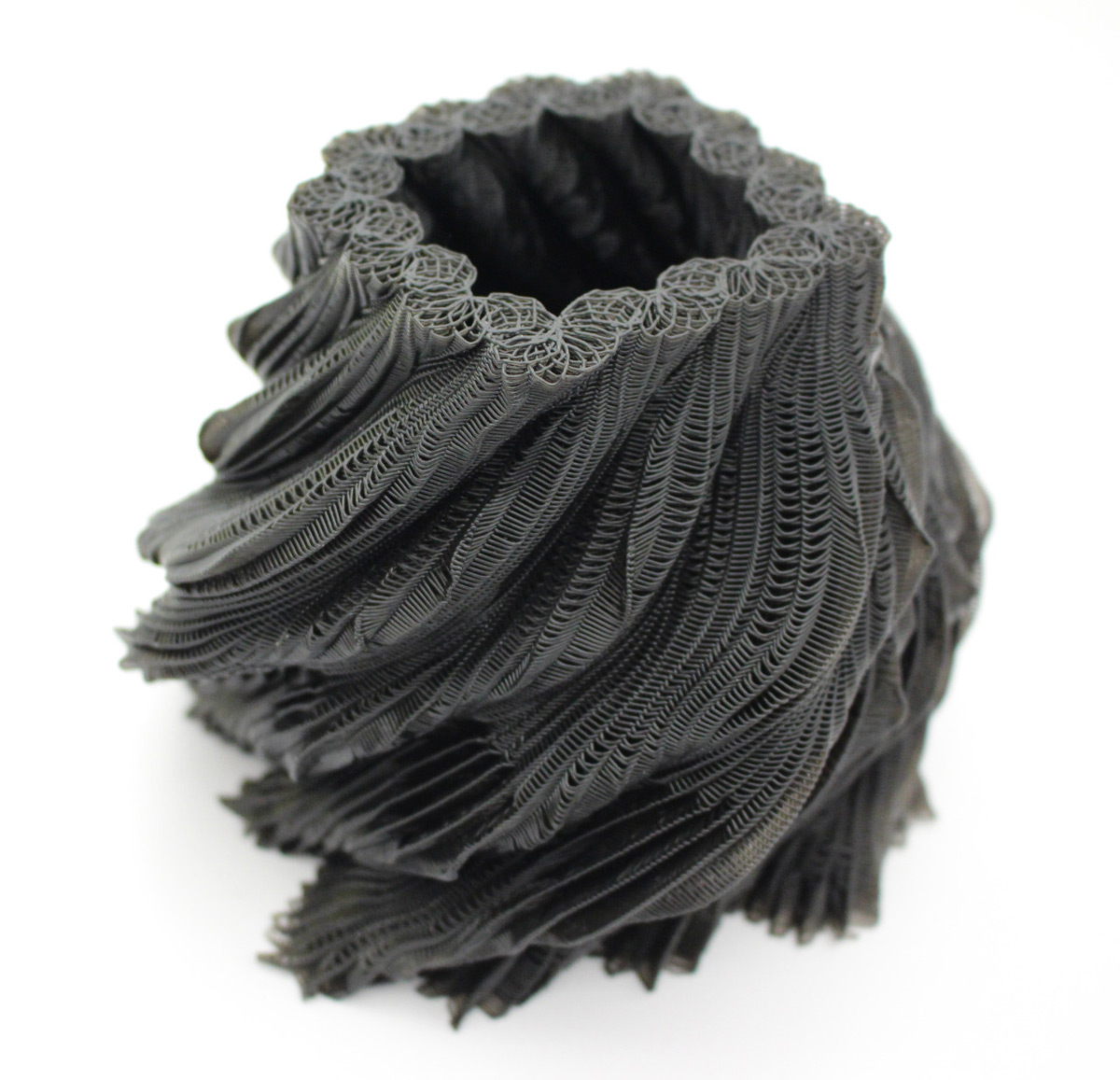 “How Music Works” by David Byrne

Pyro Board: An Audio Visualizer Created from an Array of 2,500 Flames