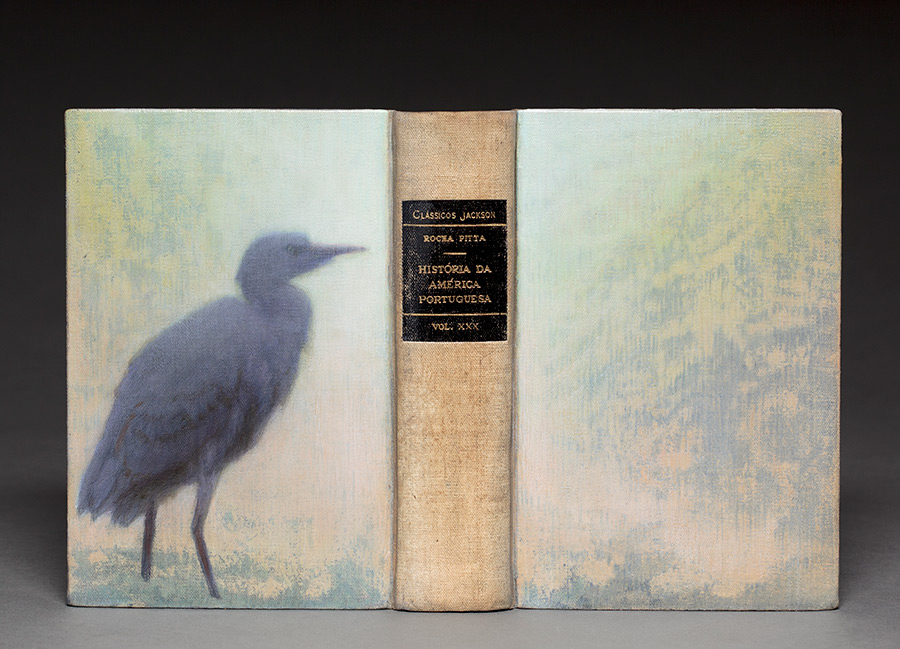 Guy Laramée‘s (previously) new series Onde Elles Moran (Where They Live) captures the mystique of the native birds of the Brazilian region Serra do Corvo Branco (Range of the White Raven) through both portrait and carved landscape. The series contains nine sculptures sourced from secondhand bookstores within the country—tomes of the Classicos Jackson which is a series of literature classics published in the ‘50s in Brazil. The rich linen covers inspired the palettes of many of the portraits, the original colors working their way into Laramée’s artistic remodeling.

Although Laramée had originally planned to photograph the vast canyons of the region during his 4-month visit, the diversity, songs, and liveliness of the native birds kept persuading him to eclipse the beautiful scenes with their portraits. The series is dedicated to these birds and their habitat, each book containing a portrait of one on the cover against a faded background and an environmental carving into the pages of the book on the opposite side. The size ratio of the bird to corresponding landscape highlights the creatures’ importance, acknowledging their role as the true owners and rulers of the region.

“Being in the company of these lively beings were one thing, painting them was another story,” explained Laramée while discussing his process. “They became like ghosts on a theater backdrop, posing in front of wallpaper, looking at a vanishing scenery.”

Laramée hopes that this series exudes the stark differences between Man and bird, recognizing that we do not live within the same world. Man’s world has been transformed into an object from which we now feel alienated he explains—we live within our heads and books, not the canyons or earth. “Maybe where they live is where we should live,” says Laramée. “In the solitude of virgin landscapes, we might rediscover our intimate relationships to the world.”

Laramée is represented by JHB Gallery in New York City. 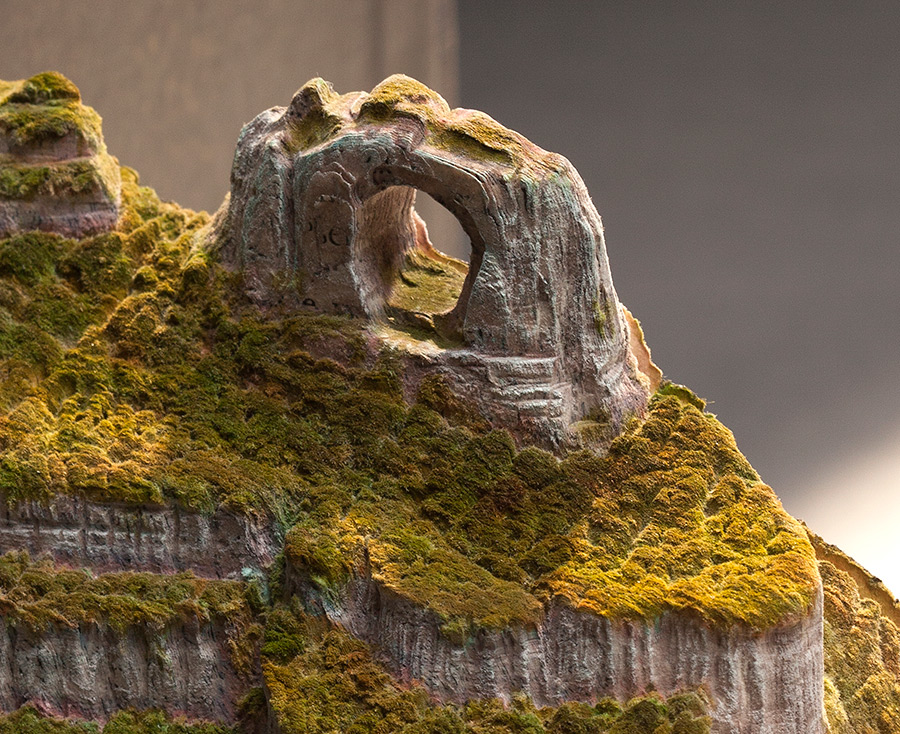