The Fourth Wall: A Rare View of Famous European Theater Auditoriums Photographed from the Stage For his ongoing series The Fourth Wall, Hamburg-based photographer Klaus Frahm shatters the illusion of stagecraft by taking us behind-the-scenes of several European theaters. Shot from the vantage point of the stage looking toward the audience, the photos reveal the stark contrast of ornate auditoriums and the technological scaffolding that facilitates a major theatrical production. Frahm captures the elaborate configurations of lights and the surprising enormity of the fly space hidden just behind the red curtain that can be up to three times larger than the seating area.

Frahm says the intention behind his photography “is to give way for a new perspective, to entertain, to offer a fresh sight on familiar things,” and to “reveal something laying under the surface.” The Fourth Wall project began in 2010 when he was documenting a new theater for an architect which involved a series of shots facing the wings and other angles from the stage. When reviewing his polaroids later that day he was immediately struck by the image-within-an-image contrast of the warm, fully-lit theater seats and the cold, hidden infrastructure. Klaus had ingeniously turned the tables: suddenly the audience was the spectacle and the stage was reality.

You can see more from the Fourth Wall series on Fram’s website. If you enjoyed this, also check out the work of David Leventi. (via It’s Nice That, thnx Kevin!) 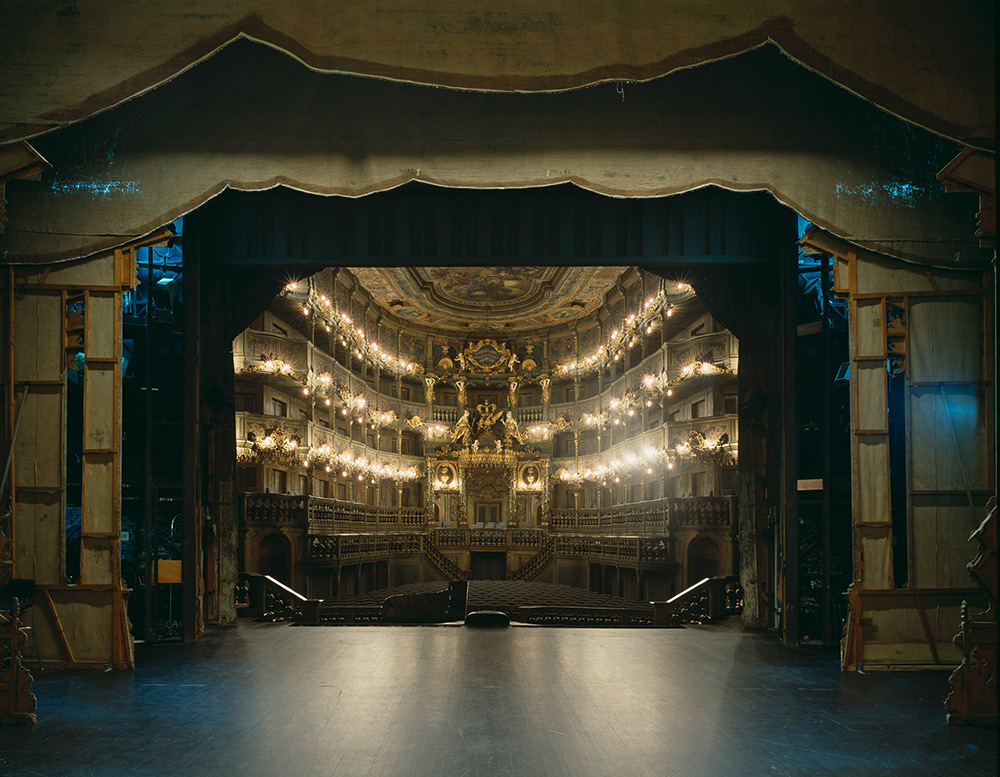