A Vintage Lincoln Continental Reproduced in Cardboard from Dash to Fender Shannon Goff was born in Detroit, a trigger for her lifelong interest in the evolution of transportation. Captivated by her grandfather’s 1979 Lincoln Continental Mark V, she had considered making the car many times, but shied away due its massive size. “Miles to Empty” brings this longtime dream to reality, a sculpture that is her most ambitious project to date.  The work pays homage to her grandfather and hometown while dually reexamining themes inherent to the Motor City like the American obsessions of luxury and convenience.

Goff considers the work a translation and dimensional contour drawing rather than replica, as pieces like the floor of the vehicle are missing from the final work. Although the color also deviates from the original, Goff believes its stark quality fits the feel of the piece. “I had considered making it the color of my grandfather’s, but in the end I decided white was perfect,” said Goff. “It’s forlorn and forgotten, a ghost rider of sorts. It’s about memory and loss and is ultimately a memorial to my grandfather and to the city of Detroit.”

Goff received her BFA from the University of Michigan in 1996 before moving to Kyoto, Japan where she studied ceramics and calligraphy and worked as a woodblock printer. Since receiving her MFA at Cranbook Academy of Art in 2003 she has taught at the School of the Art Institute of Chicago, Rhode Island School of Design, Cranbook, and currently at Penn State University’s School of Visual Arts where she teaches alongside her husband Tom Lauerman.  “Miles to Empty” will be on display at Susanne Hilberry Gallery until November 14. (via designboom) 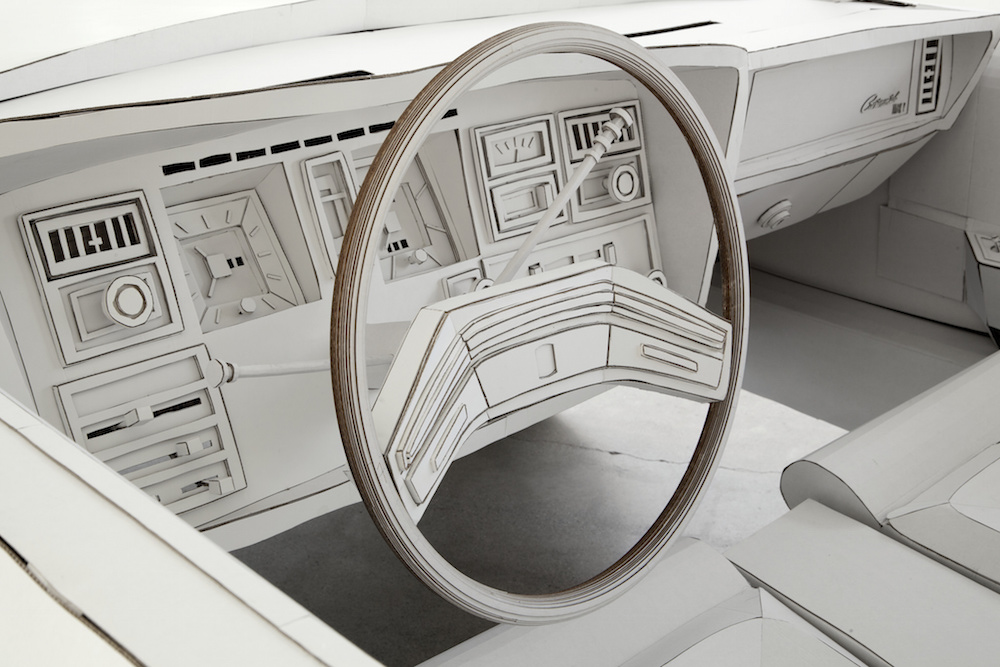 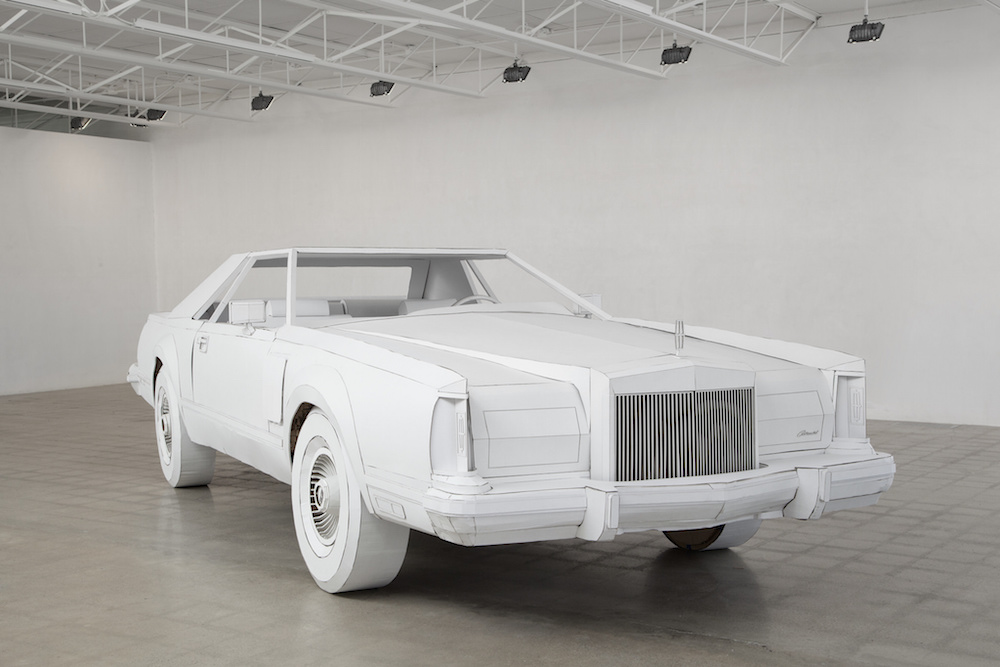