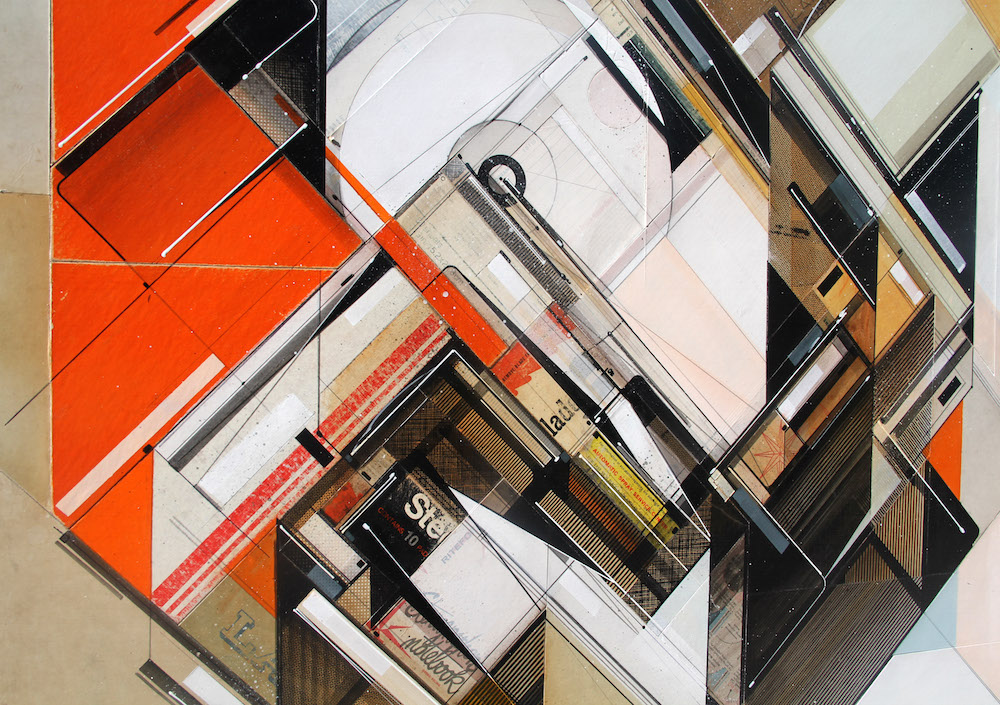 Cataloging the tools once used for the very same purpose, Augustine Kofie creates collages that utilize file folders, index cards, and steno notepads from the ’50s through ’80s that were found while scouring the contents of Los Angeles estate sales. Kofie chooses to compile vintage materials from before the dawn of the digital age, a time when data took up physical space rather than gigabytes on an external hard drive.

The desire for collecting these specific paper forms comes from his obsession with historical forms of organization, the physical pen-to-paper process of keeping information tidy. After building collages from the papers in various colors and weights, he utilizes ballpoint pen, silkscreen, and acrylic ink to draw shapes and lines over top. These resulting collages have an architectural appearance, built forms with interlocking lines that mimic the precision of a building’s blueprint.

The Los Angeles-based artist merges his background in graffiti with interests in illustration and architecture to create work that references all three, focusing on form and line most intently in his compositions. Kofie’s solo exhibition “INVENTORY” will be on display at Jonathan LeVine Gallery in New York from November 21st through December 19th 2015. 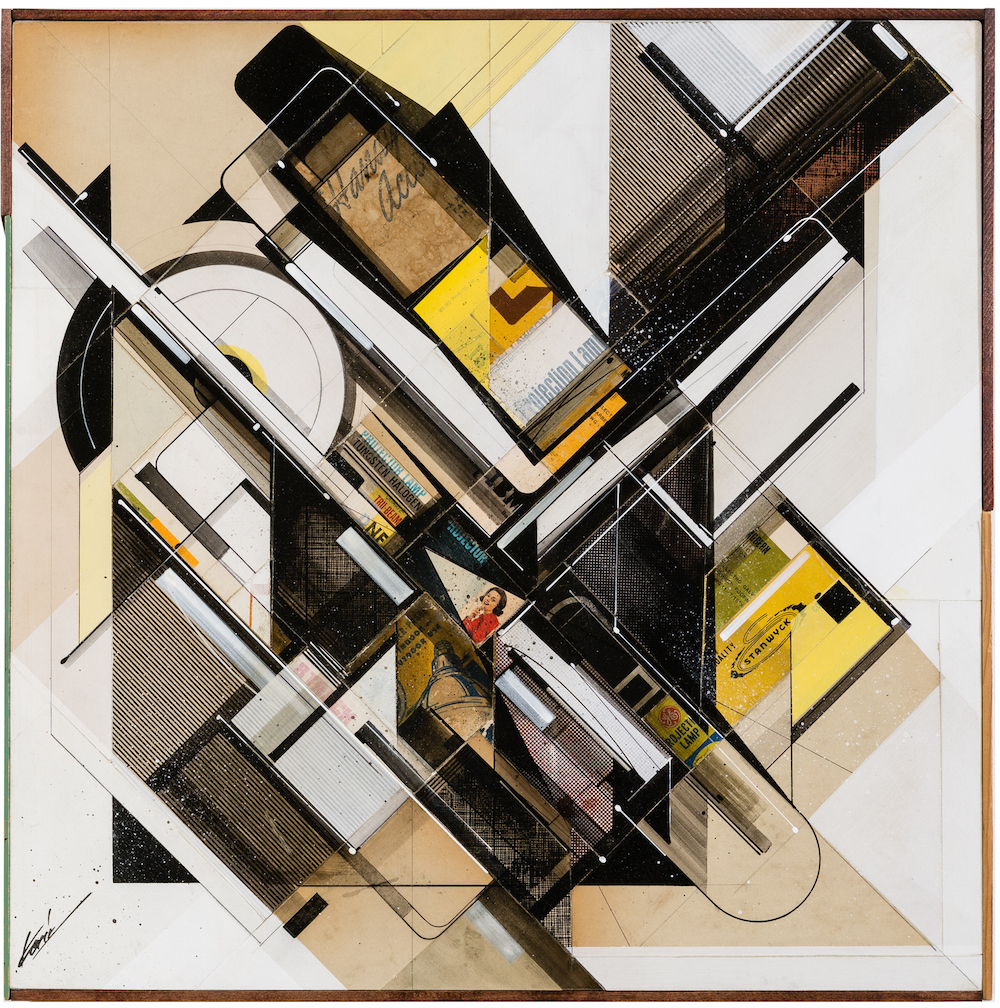 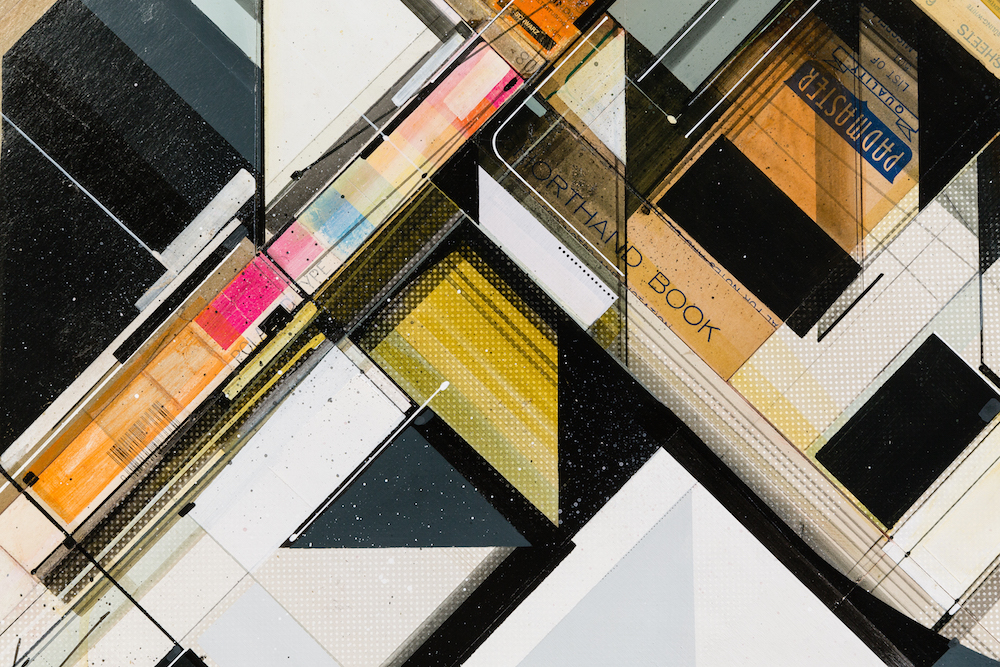 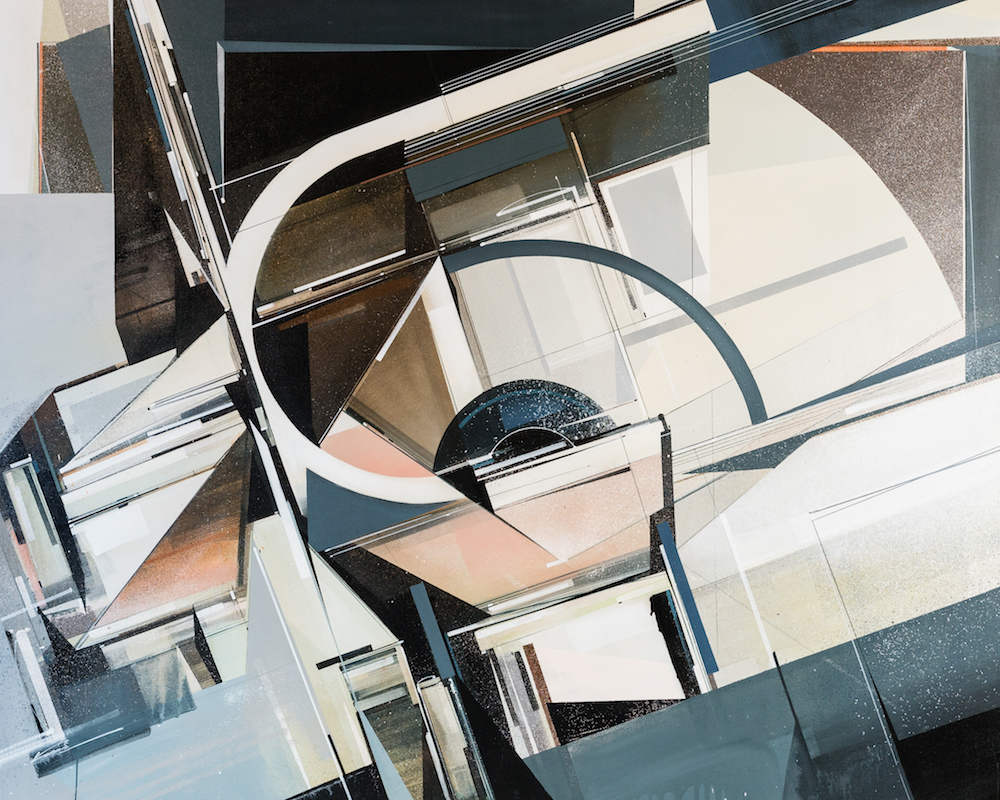