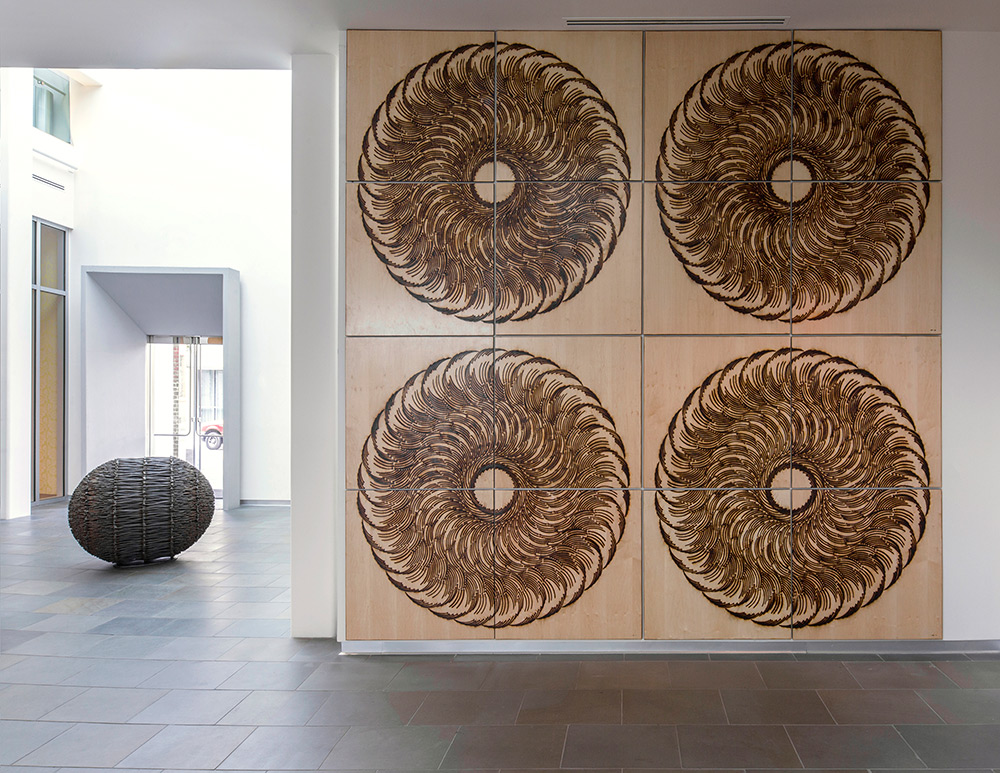 John Bisbee (previously) has worked with nails as a sculptural medium since he accidentally toppled a bucket of them years ago and was astonished to see how they remained intact, rusted and fused into a single object. Every since, he’s been hammering nails of varying size into complex patterns, using the smallest woodworking nails up to giant 12-inch spikes. Although nails large and small continue to be the focus of his artistic practice, his sculptures remain diverse in their presentation and composition, twisted works making wildly chaotic patterns against walls and neatly arranged nails snaking along gallery floors. 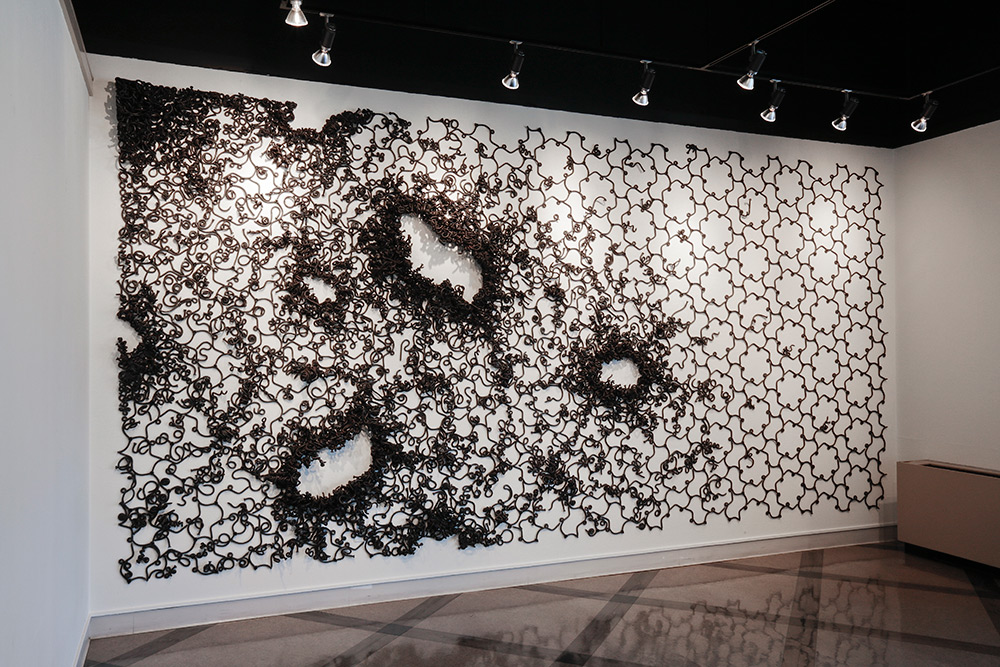 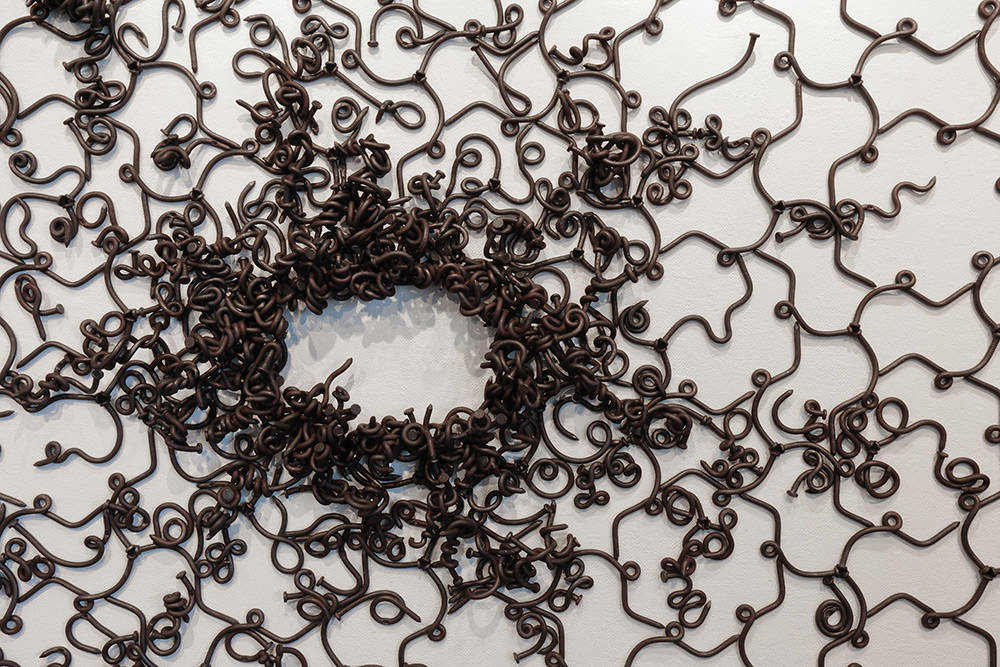 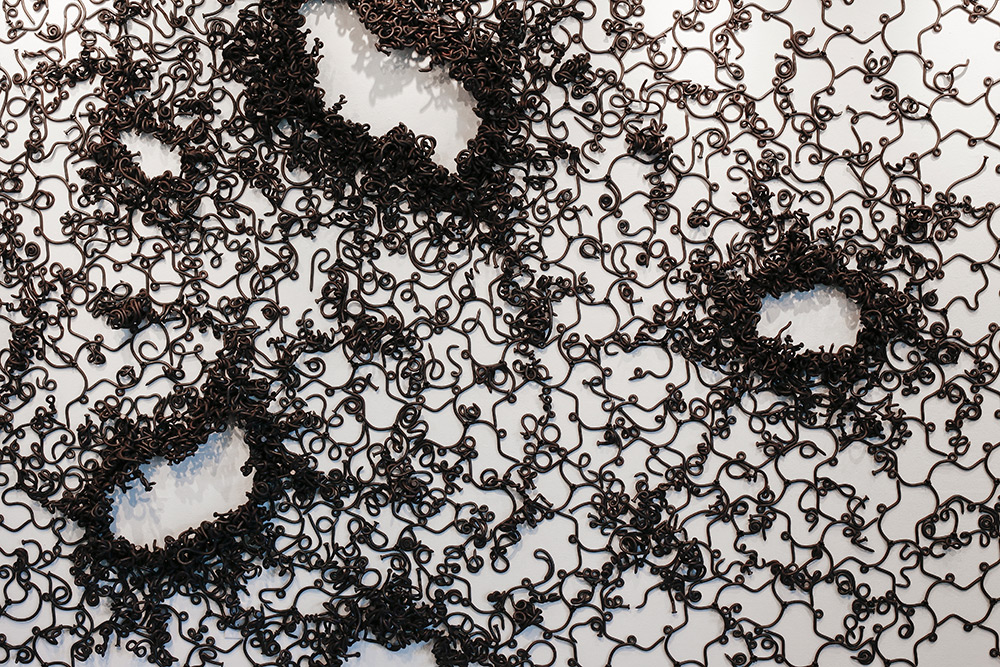 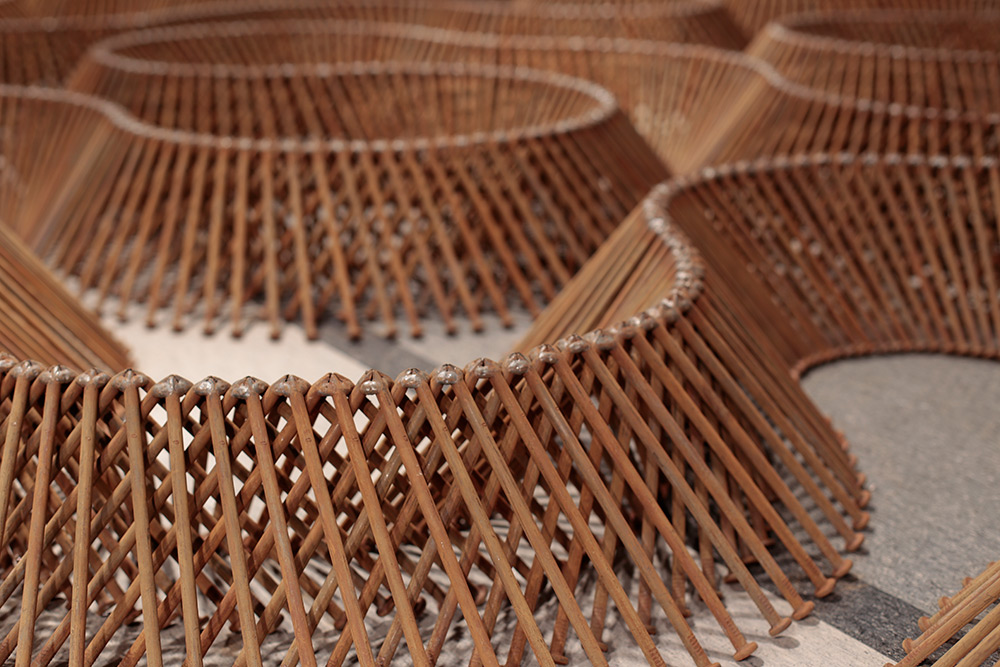 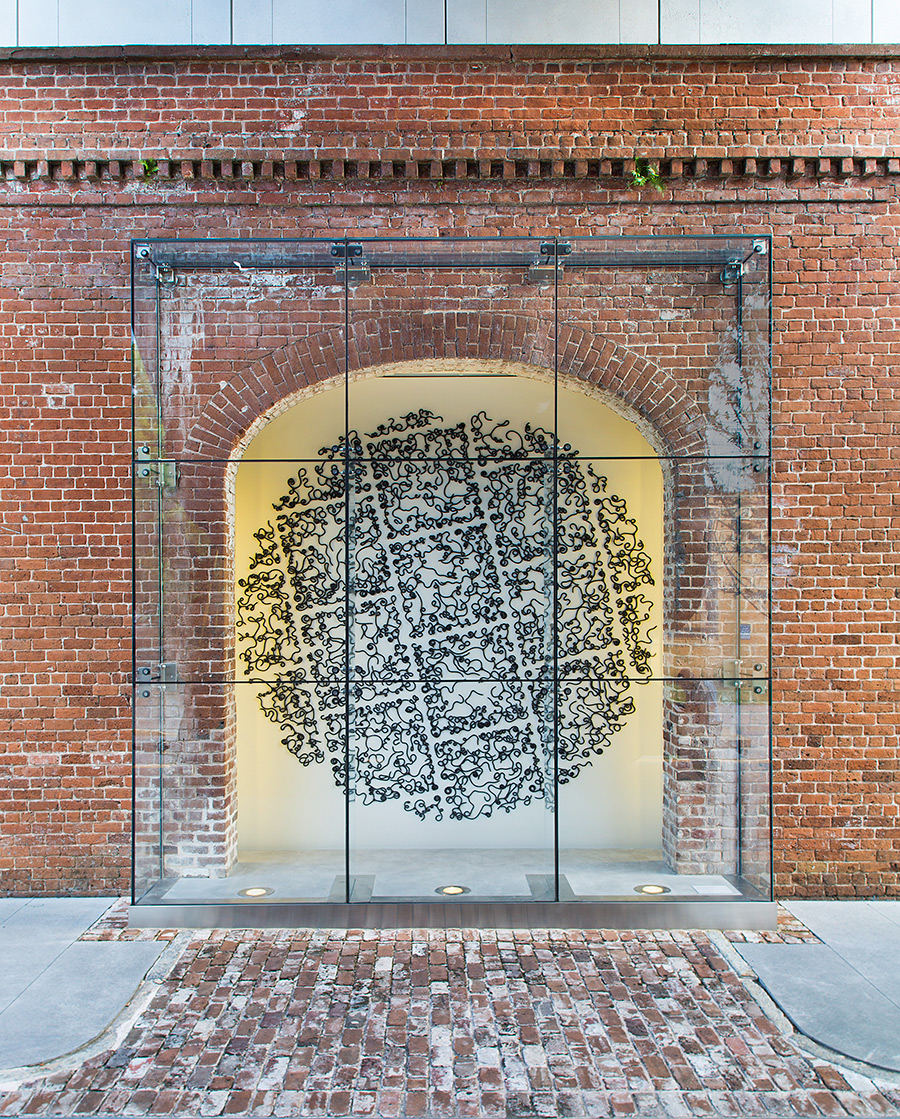