Since October 2014, the streets of Upper Manhattan have become an unexpected destination for rare sightings of some 314 endangered birds. The Audubon Mural Project is a collaboration between the National Audubon Society and Gitler &_____ Gallery to commission murals of climate-threatened birds surrounding the old neighborhood of John James Audubon.

So far 20 artworks have been painted on storefronts, building facades, window panels, and retractable security grates. The number of species depicted isn’t arbitrary, it reflects a report from last year highlighting 314 birds most threatened by climate change. The growing list of involved artists includes Gaia, Iena Cruz, Hitnes, Lunar New Year, and many others. You can learn more about the artworks and the birds depicted in them, including a map of where to find them, on the Audubon Mural Project Website. The Swallow-tailed Kite mural contains 12 other climate-threatened species. The church tower to the right of the mural is the location of John James Audubon’s final resting place. 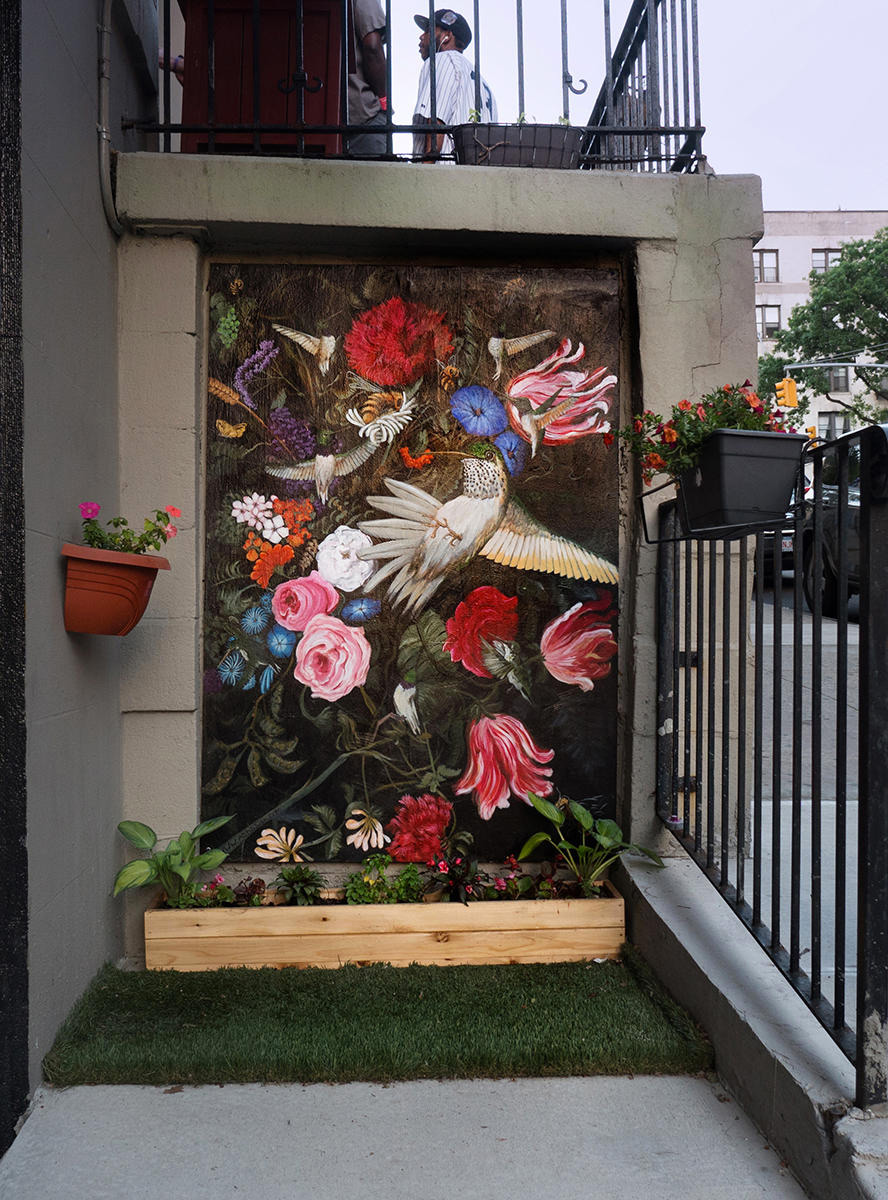