Jess Riva Cooper (previously) produces smooth ceramic busts, the mouths agape rather than closed in smile or silent contemplation. Tangled vines and rosebuds sprout from their mouths, and in some cases leaves from plants pop from the busts’ noses, engulfing the faces in their entirety. In each bust the plants are used as both ornamentation and methods of destruction, forming crowns on the subjects’ heads as they wrap themselves around the neck in a threatening gesture.

These classic sculptures with a vegetative twist were inspired by deteriorating economic and environmental climates in places such as Detroit, Michigan where homes have been swallowed by the plants around them, their locations reclaimed by nature. It is this thin line between life and death that Cooper imbues into her human forms, nature springing and wrapping around her white figures.

The Toronto-based artist and educator received her MFA in ceramics from the Rhode Island School of Design and currently teaches at Sheridan College in the craft and design program. (via Hi Fructose) 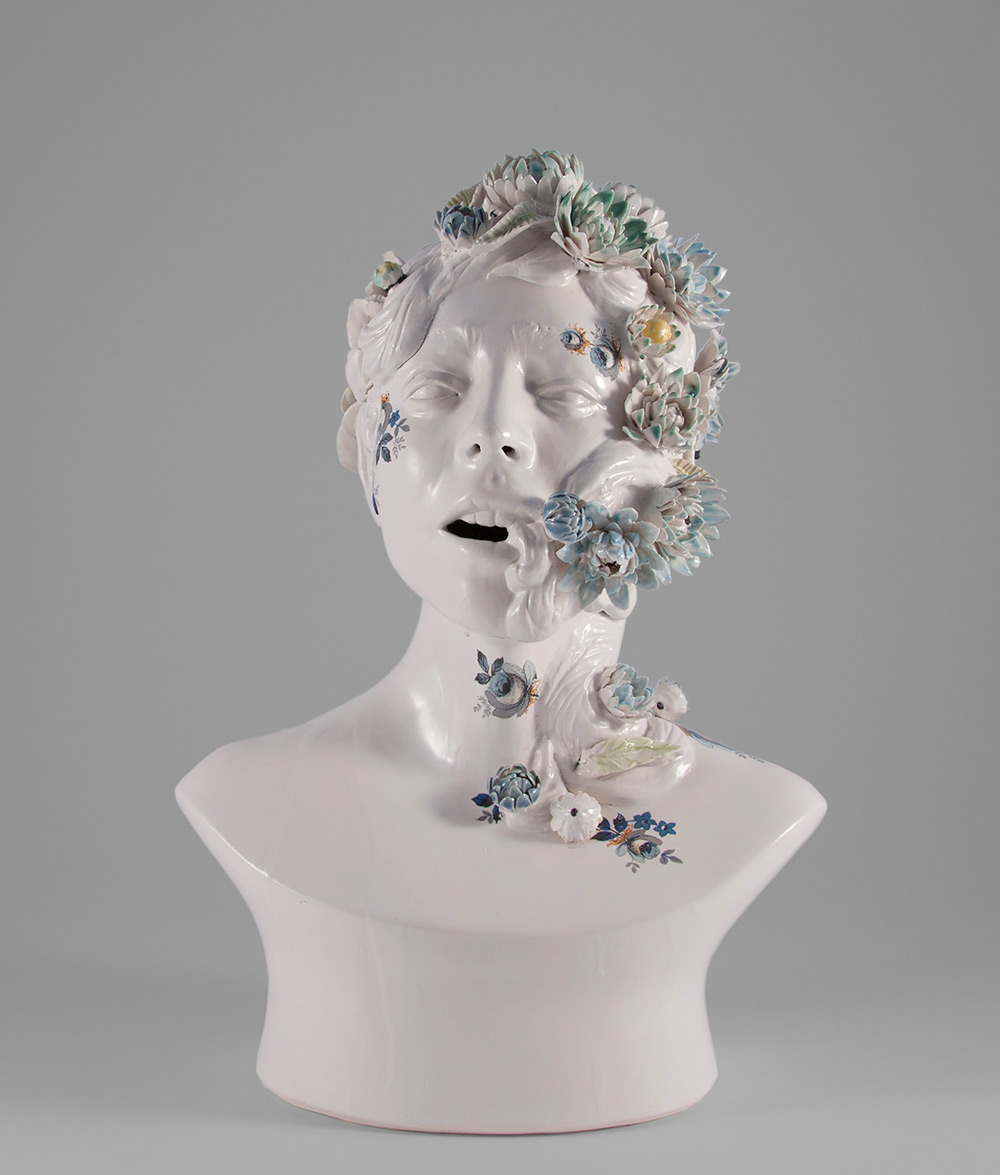 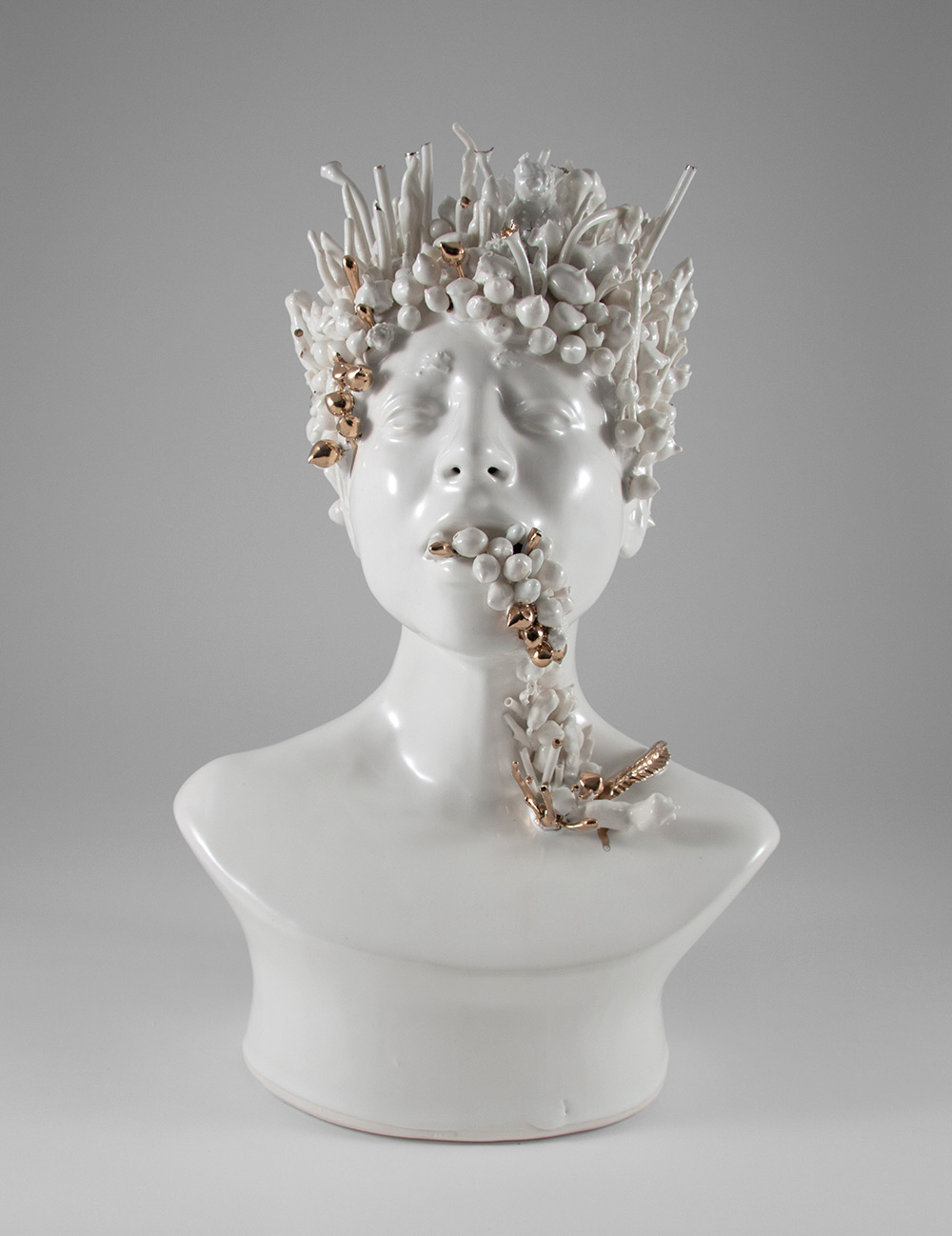 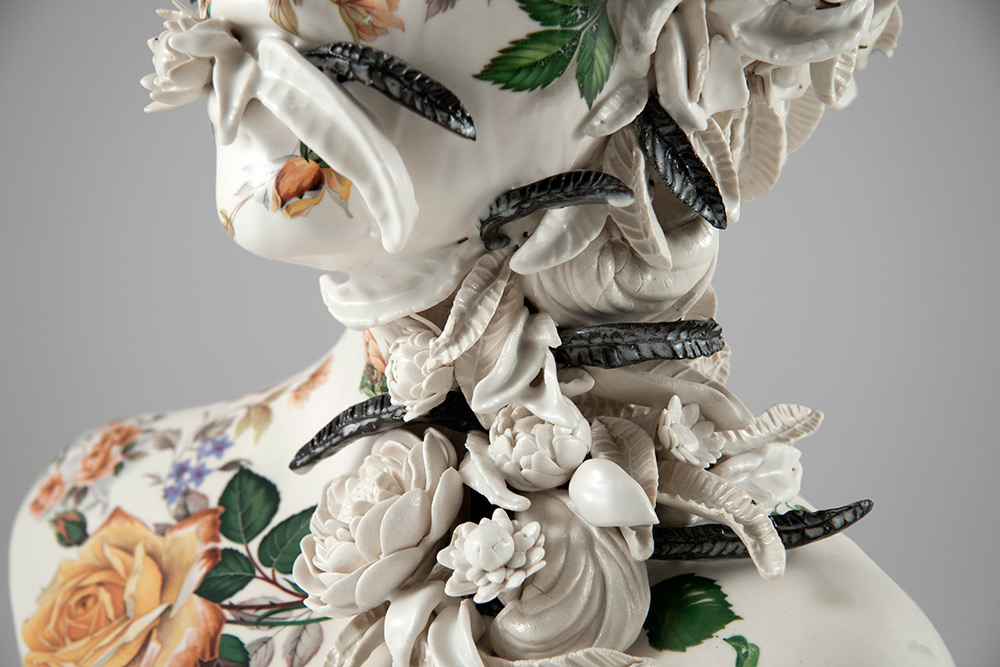