Ash Dome: A Secret Tree Artwork in Wales Planted by David Nash in 1977 In 1977, sculptor David Nash cleared an area of land near his home in Wales where he trained a circle of 22 ash trees to grow in a vortex-like shape for an artwork titled Ash Dome. Almost 40 years later, the trees still grow today. The artist has long worked with wood and natural elements in his art practice, often incorporating live trees or even animals into pieces. The exact site of Ash Dome in the Snowdonia region of northwest Wales is a closely guarded secret, and film crews or photographers who are permitted to see it are reportedly taken on a circuitous route to guard its location. Nash shares in an interview with the International Sculpture Center:

When I first planted the ring of trees for Ash Dome, the Cold War was still a threat. There was serious economic gloom, very high unemployment in our country, and nuclear war was a real possibility. We were killing the planet, which we still are because of greed. In Britain, our governments were changing quickly, so we had very short-term political and economic policies. To make a gesture by planting something for the 21st century, which was what Ash Dome was about, was a long-term commitment, an act of faith. I did not know what I was letting myself in for.

Dr. James Fox recently visited the artwork for the BBC’s Forest, Field & Sky: Art out of Nature featuring six different land artists in Britain. You can see an excerpt regarding Ash Dome below, as well as footage of Nash working on the piece further down. (thnx, Elsie!) 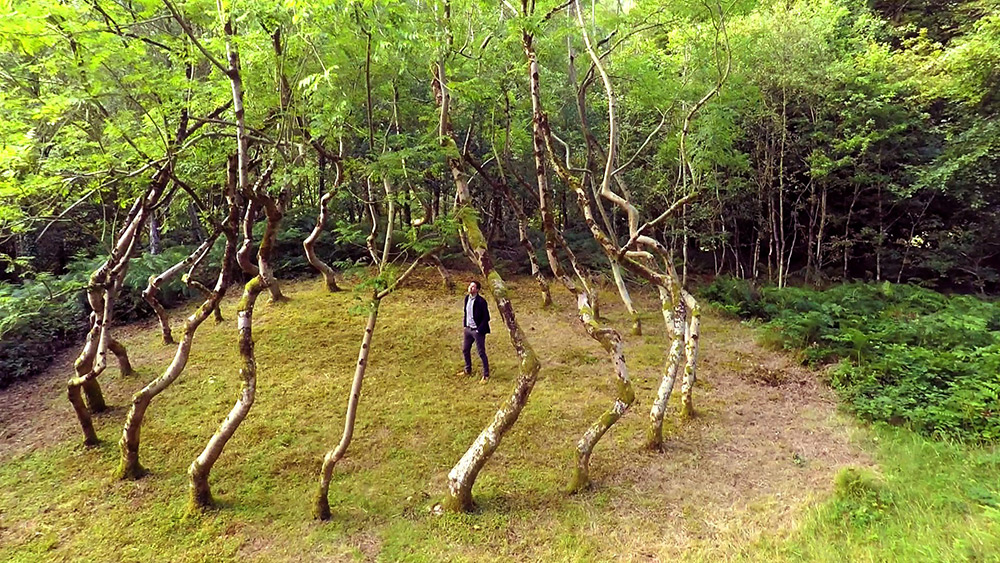 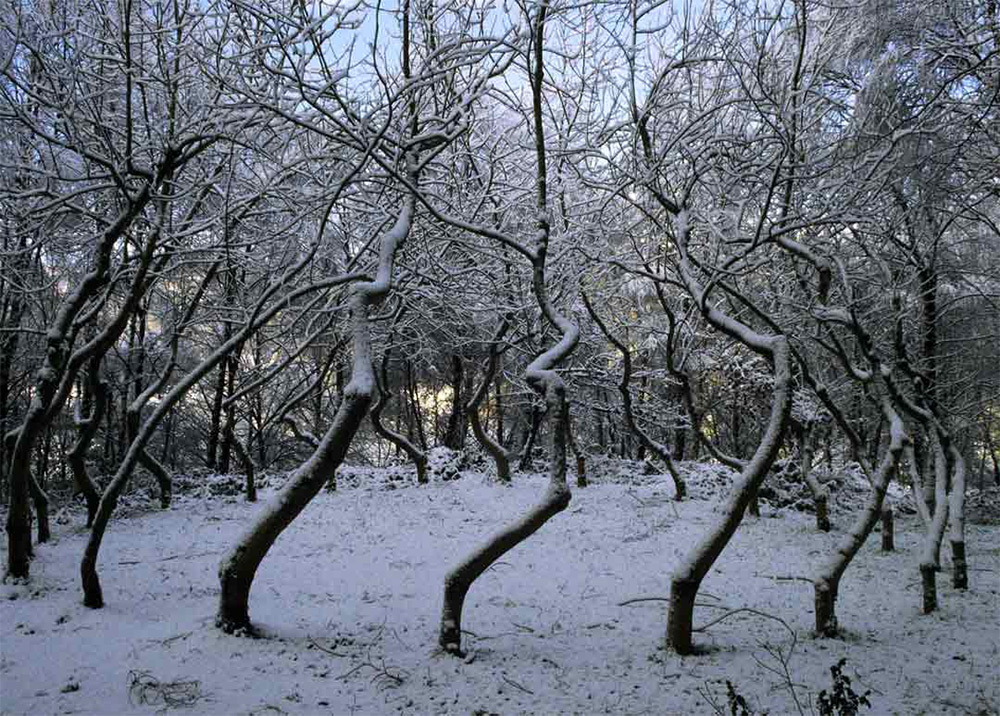