Inspired by our perception of flattened images, Korean designer Jongha Choi decided to build a set of furniture that collapses into two-dimensions, conveniently hanging on the wall when not in use. These tables and chairs were produced for his thesis at Eindhoven Design Academy in The Netherlands, and are collectively titled De-Dimension.

“In our current situation, in which modern society experiences the image, in relation to advertising, image circulation and the internet, why do we not question an image’s confinement to a flat surface,” said Choi in his thesis. “Why don’t we try to get more stereoscopic and attempt for direct experience with the image. My question started with this point, and I tried several experiments in order to realize this idea from a personal point of view.”

You can see the collapsible models in action below and read more about Choi’s project on his website. (via Twister Sifter) 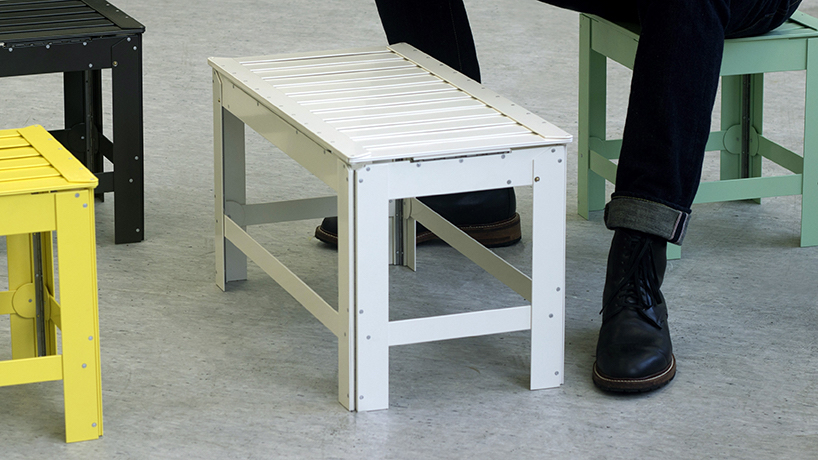 Related posts on Colossal about furniture