To avoid becoming prey, leaf insects use mimicry to blend into their surroundings. But in Takumi Kama’s imagined future, when the insect’s natural environment has been completely destroyed, these masters of camouflage will have no choice but to move in with those who took away their home.

Animals and insects are no stranger in the work of Japanese painter Takumi Kama, who recreates them in acrylics with astonishing accuracy and realism. For a recent exhibition at BAMI gallery in Kyoto, Kama came up with 2 different, imaginary leaf insects that camouflage themselves in the city. One is the Hide-mushi, which gets its name from Hideo Noguchi, who appears on the 1000 yen bill (mushi means insect). The Hide-mushi camouflages itself amongst Japanese currency and feeds on paper, which can affect its color. Then there is the Comi-mushi, which camouflages itself amongst comic books and comic strips. It can often be spotted in bookstores, convenience stores but have also been known to come out on days when garbage trucks pick up paper for recycling.

Kama has painted these imaginary insects with such realism that it can be hard to tell if they’re 2 or 3-dimensional. But rest assured, no currency has been defaced in the name of art. Everything from the insects to the specimen boxes have been painted on canvas. (Syndicated from Spoon & Tamago) 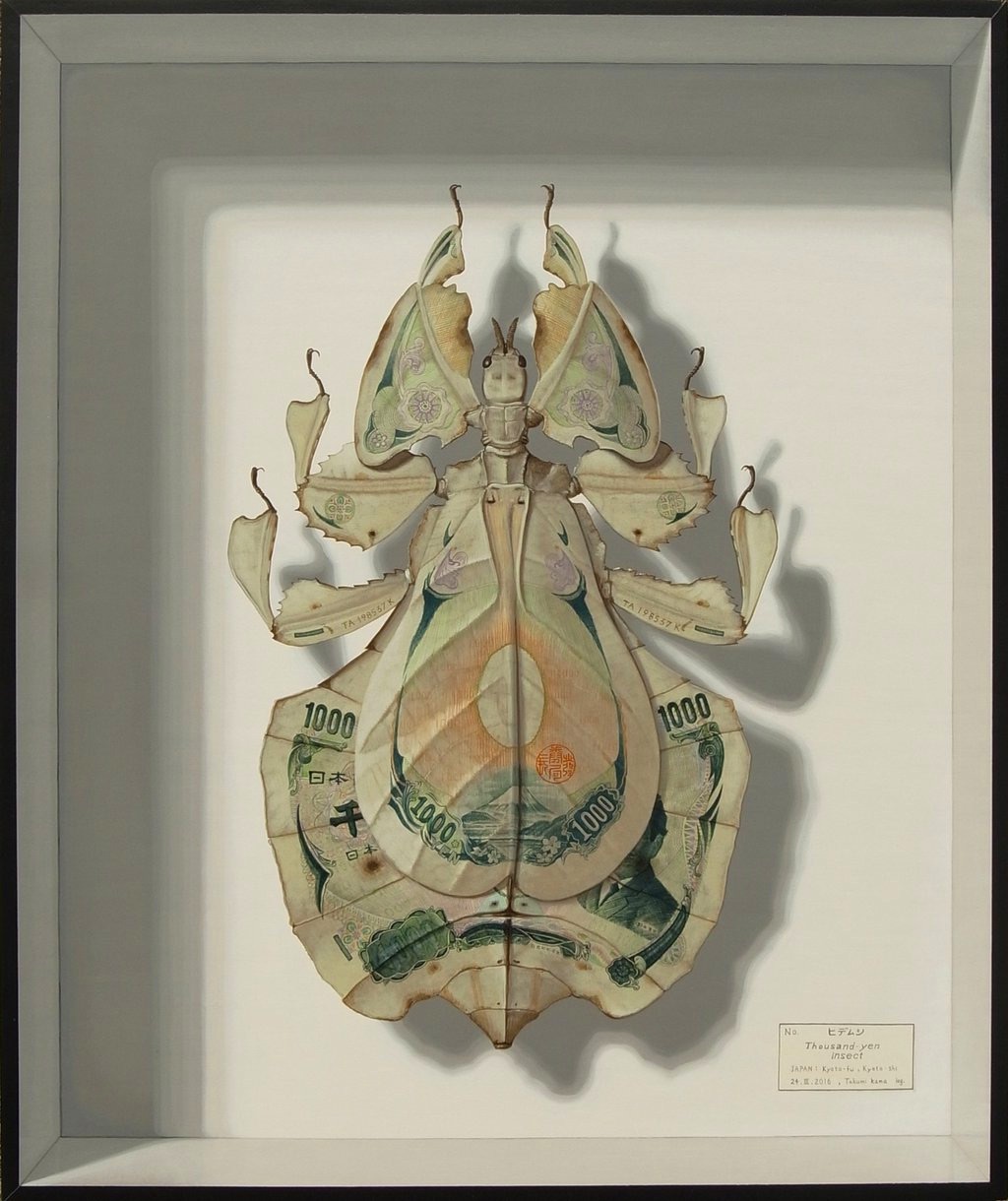