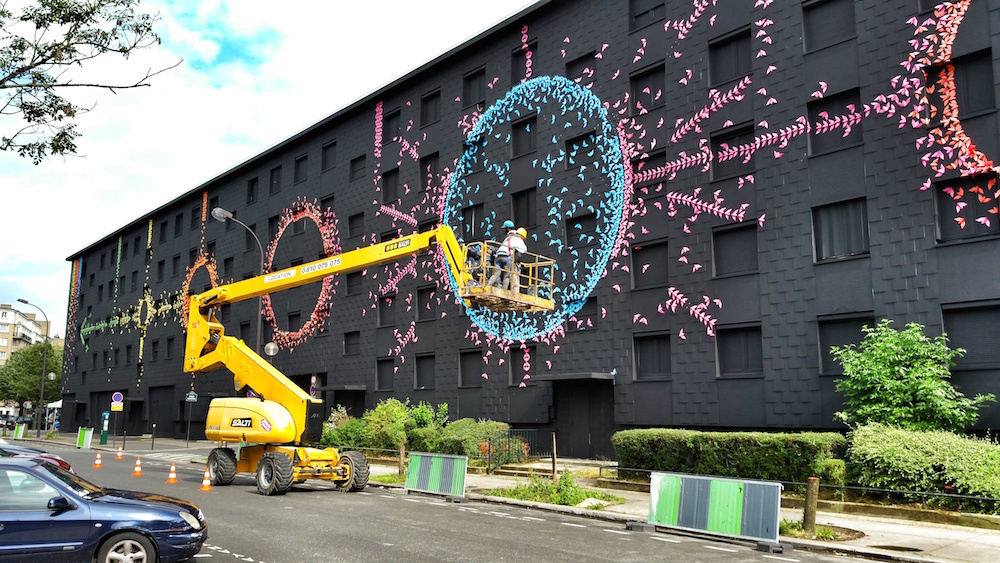 All images via Mathgoth Gallerie

Mademoiselle Maurice (previously here and here) recently produced the mural “The Lunar Cycle” in collaboration with the French Mathgoth Gallerie, a temporary piece that pays tribute to the hundreds of residents who were temporarily uprooted due to the upcoming demolition of the building. Composed of 15,000 colorful origami birds, the piece forms the cycles of the moon against the dark background of the wall and covers over 21,000 square feet of space—making it the largest urban mural ever created in Paris. Each origami is painted after folding using a solution deemed “Maurigami” by Mademoiselle Maurice, making the pieces nearly indestructible. You can see more of her original origami-based murals on her Instagram and Facebook. (via Faith is Torment) 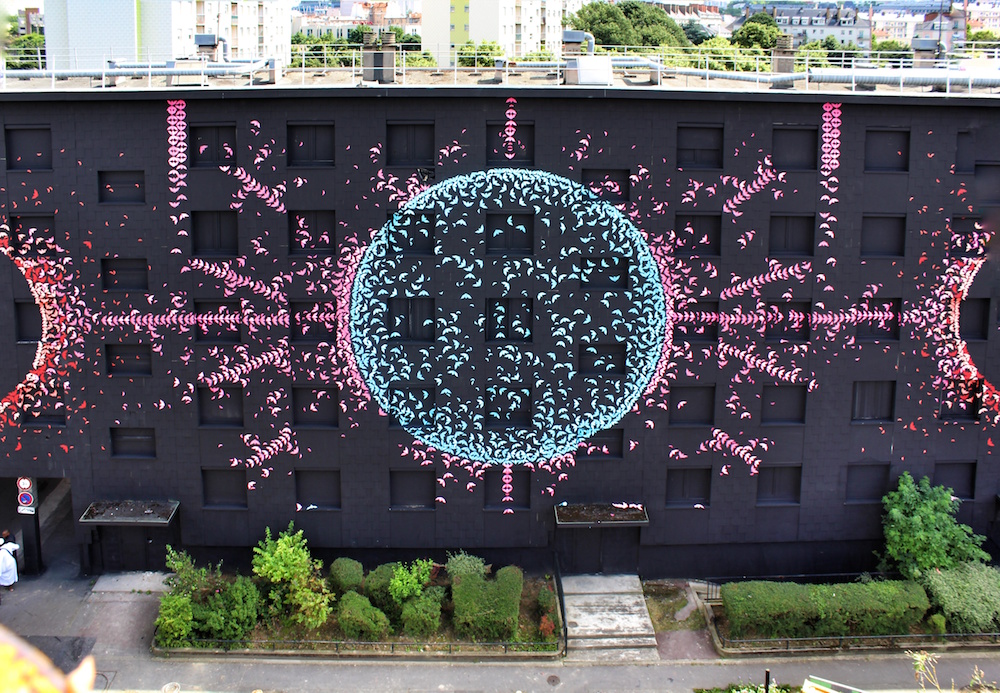