Artist Olek Covers a House in Finland with Pink Crochet First a playground alligator, then an entire locomotive, and now artist Olek reveals an entire two-story house covered roof to floorboards in pink crochet. This new yarn-bombed installation currently stands in Kerava, Finland where Olek worked with a team of assistants to stitch together huge panels of crochet that envelop every inch of this 100-year-old house. Olek shares:

Originally, this building, built in the early 1900s, was the home of Karl Jacob Svensk (1883-1968). During the Winter War 1939-1940, the family fled to evade bombs falling into the yard, but they didn’t have to move out permanently. In 2015, more than 21 million people were forced to leave their homes in order to flee from conflicts. The pink house, our pink house is a symbol of a bright future filled with hope; is a symbol us coming together as a community.

You can see more photos and videos of the pink house on Instagram. 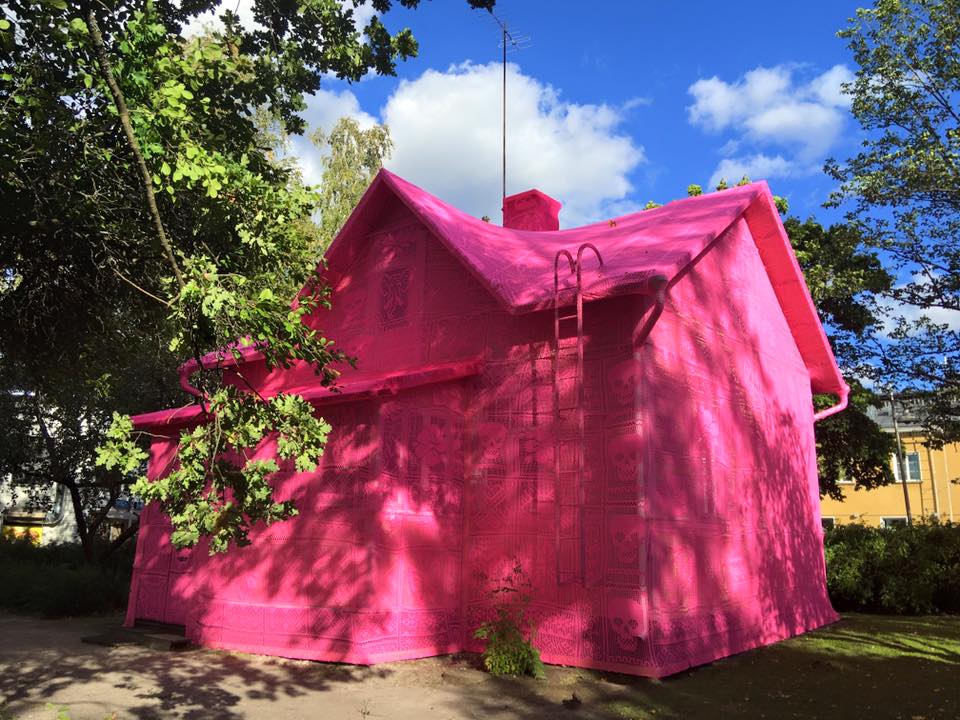 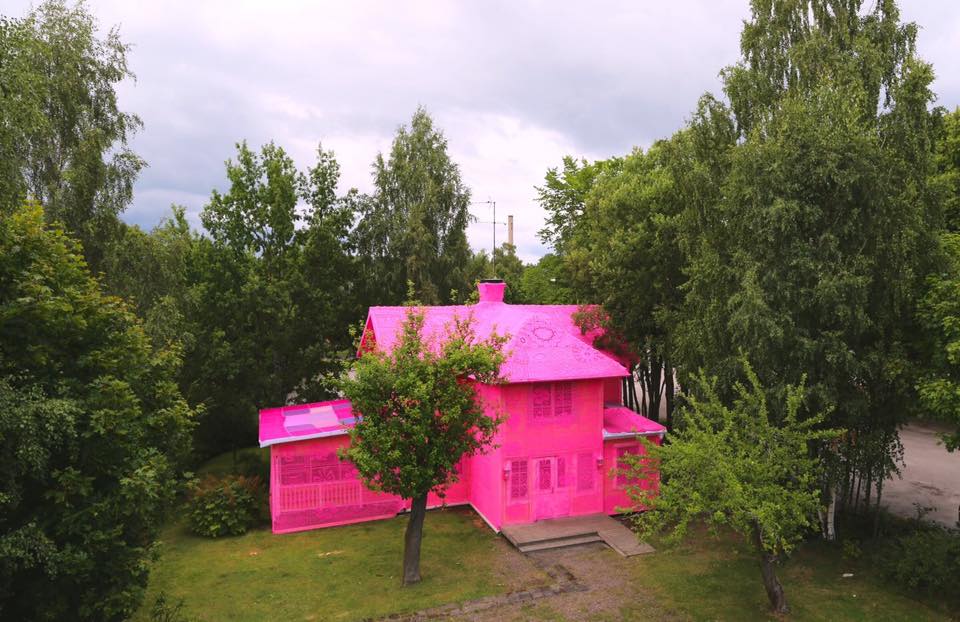