It’s been awhile since we’ve written about Meg Hitchcock‘s work (previously), first covering her practice in 2011 when she spent 135 hours gluing tens of thousands of individuals letters from the Koran to transcribe the Book of Revelation from the Christian New Testament. Hitchcock continues to produce religious-based text works that dissect the word of God, discouraging her audience from a literal reading by ignoring punctuation and spacing in the sentences she forms. Recently her text drawings have become a bit more figural, forming feet, scarves, and niqabs on paper with thousands of sourced letters.

“The labor-intensive aspect of my work is a meditation practice as well as an exploration of the various forms of devotion,” said Hitchcock in an artist statement. “A long history in evangelical Christianity formed my core beliefs about God and transcendence, but I later relinquished the Christian path. I now gravitate toward Eastern Mysticism, and am deeply moved by Islam. My work is a celebration of the diverse experiences of spirituality and the universal need for connection with something greater than oneself. In the end, the holy word of God may be nothing more than a sublime expression of our shared humanity.”

Hitchcock’s work is currently presented in the group exhibition “This is Not a Book” at the San Jose Institute for Contemporary Art through September 11, 2016. (via Booooooom) 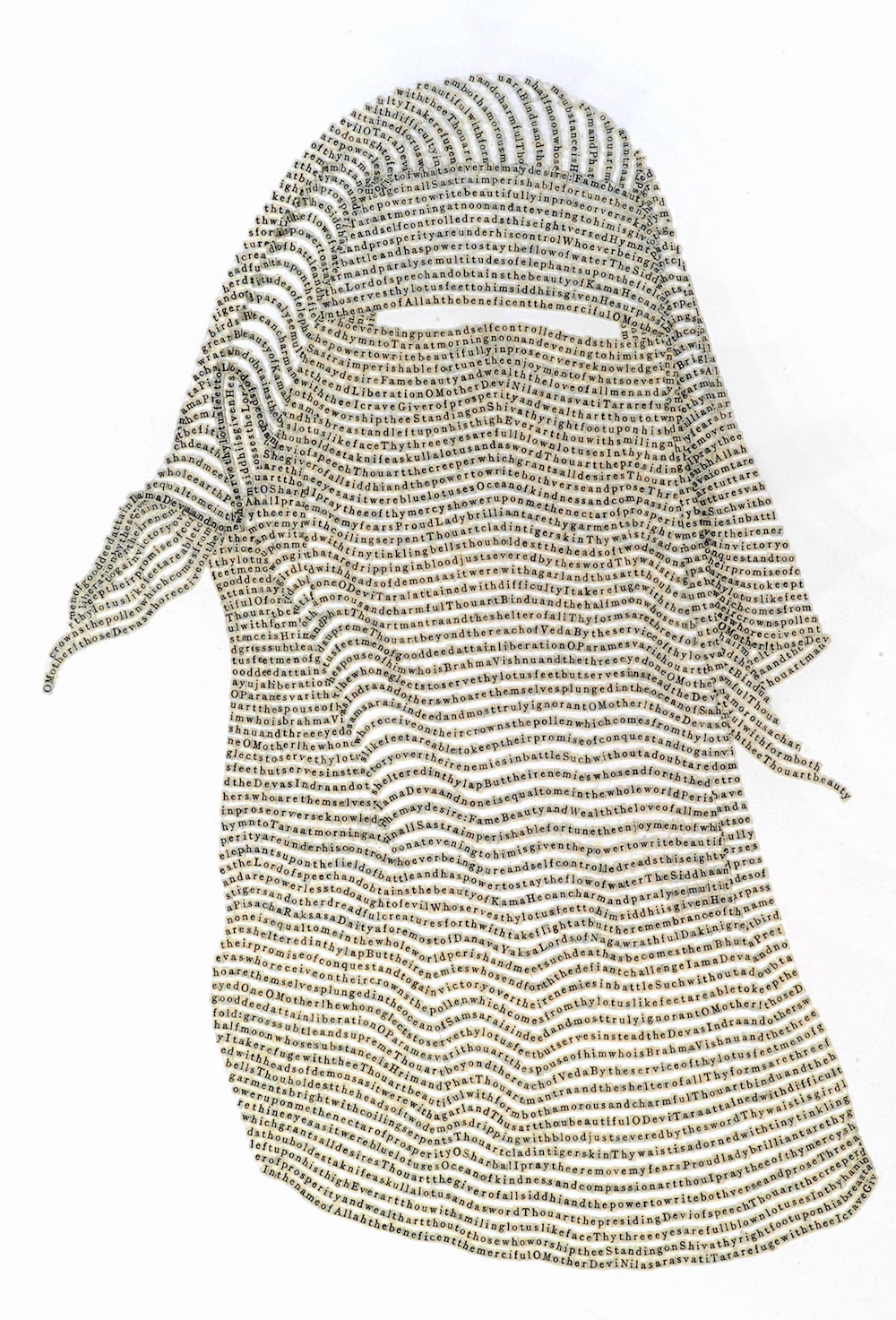