A Public Park in Taipei Welded From Recycled Light Posts From the mass of Taipei’s urban waste comes the project “Swings Park,” a public playground area constructed from dozens of unwanted lamp posts. The project is a collaboration between Taipei-based design studio City Yeast and Spanish art collective Basurma, two groups that aim to produce experimental design as positive activations for a city’s infrastructure and its residents. Fabricated in response to Design Capital 2016, the project was one of six selected proposals from the contest whose mission is to provoke urban evolution through public design.

The playground, located directly below one of the city’s busiest overpasses, is painted bright yellow—a way to break from the monotony of the surrounding architecture. In addition to swings built at four different heights, the structure also includes a multifunctional platform and two hammock-like nets, providing areas for both activity and respite.

“Swings Park” will be kept in its current location through 2017. You can learn more about Design Capital 2016’s selected proposals on their website. (via designboom, Popup City) 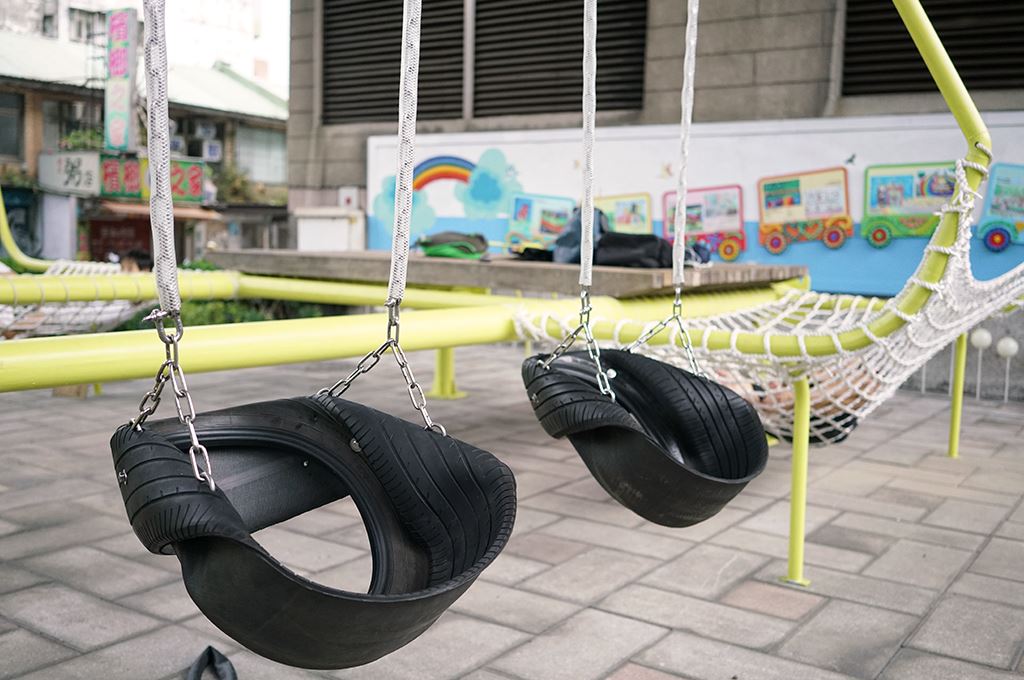