With dizzying wall graphics reminiscent of warped funhouse mirrors, artist Peter Kogler transforms ordinary galleries, transit centers, and lobbies into near hallucinatory experiences. For over 30 years, the Austrian artist has worked at the intersection of architecture and new media to construct both immersive environments and sculptural elements that seems to redefine physical spaces. By plastering walls with optical illusions he challenges a viewer’s sense of depth (and sanity) with his ambitious monochromatic installations of repeating patterns that incorporate pipes, ants, and bold snake-like patterns.

Kogler’s most recent pieces were on view at the ING Art Center in Brussels and at ERES-Stiftung in Munich earlier this year. You can see much more on his website. 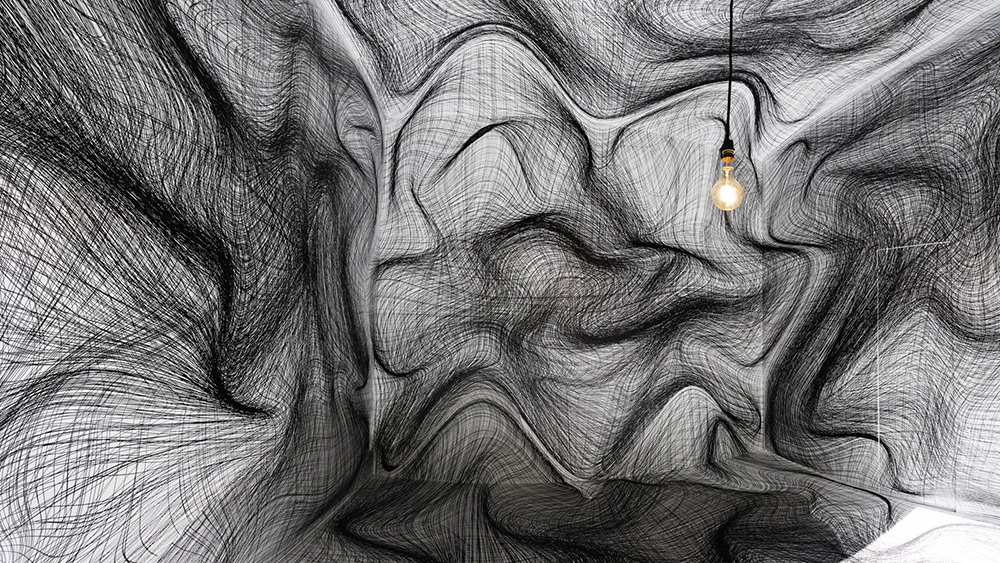 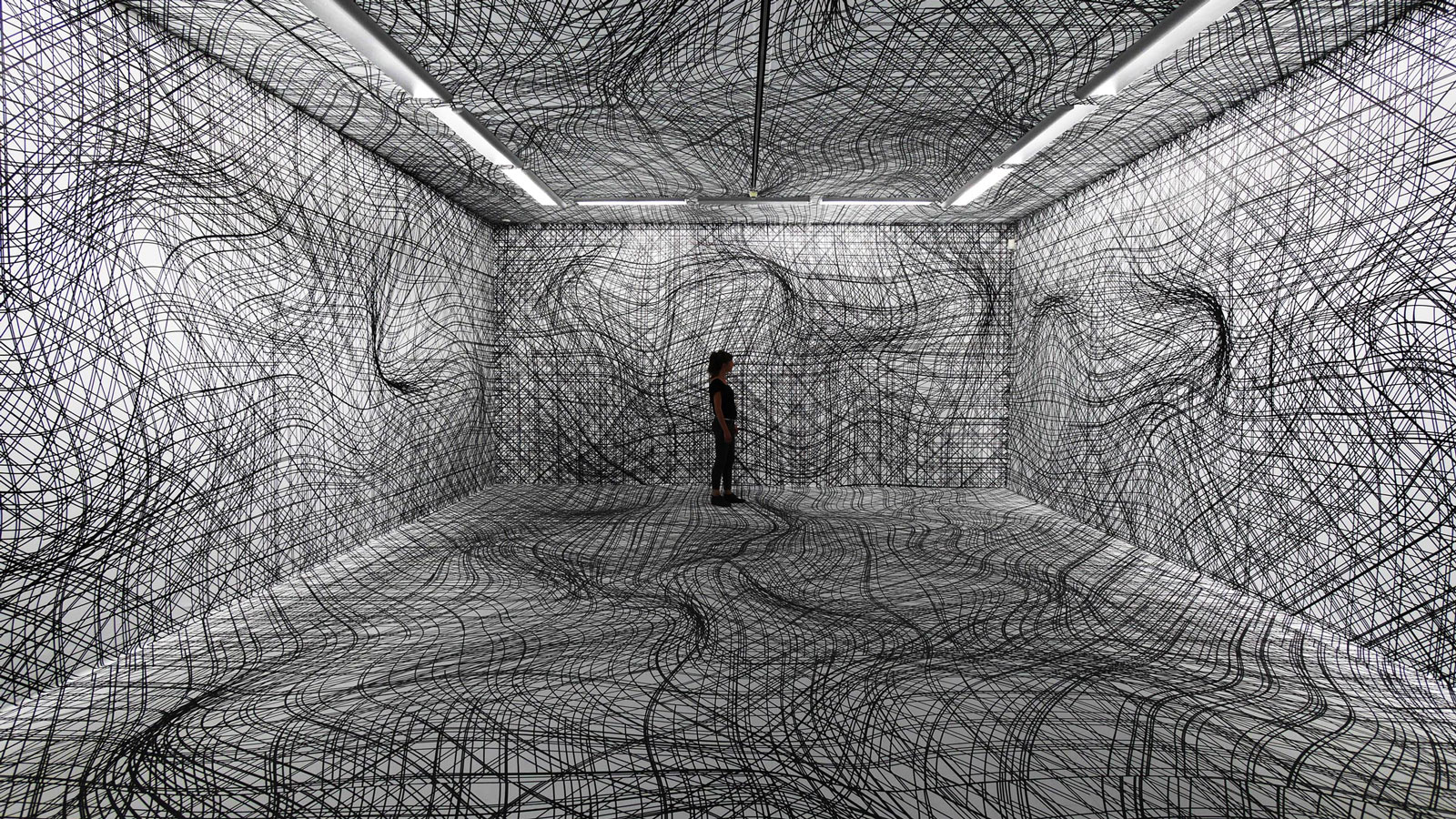 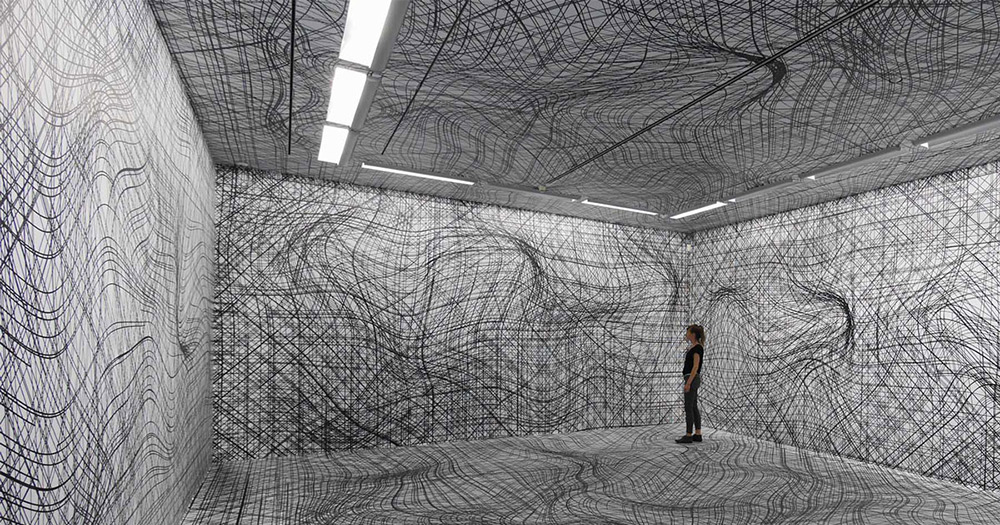 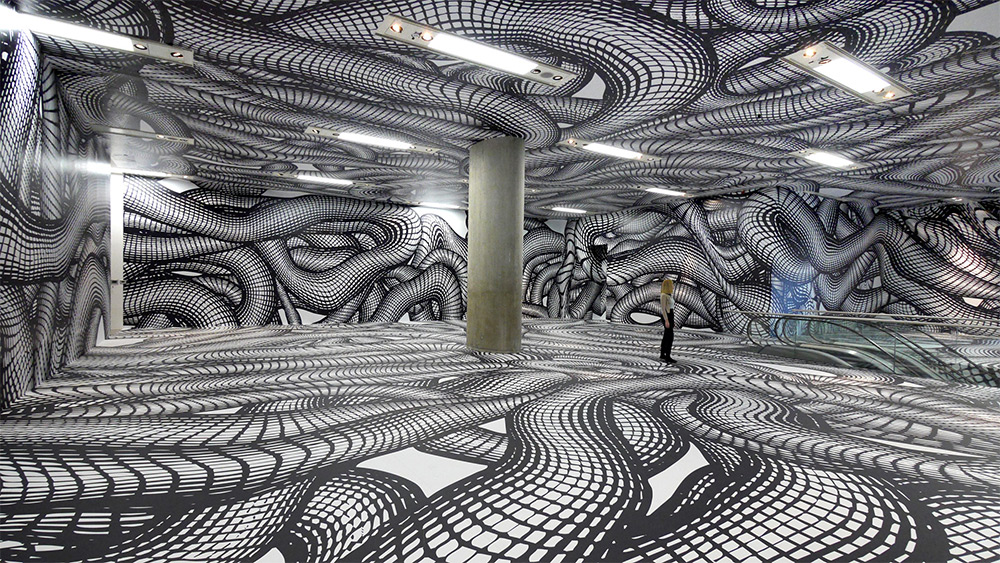