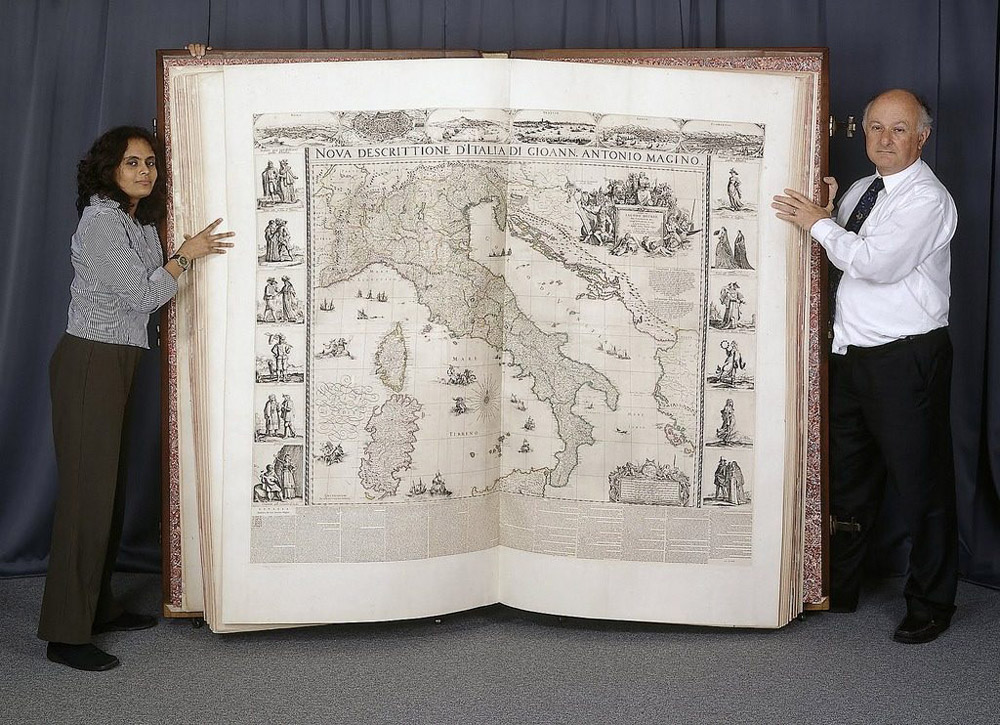 The Klencke Atlas published in 1660 is one of the most famous objects in the British Library's cartographic collection, a towering book that stands nearly 6 feet tall and reaches over seven feet wide when open. For over three centuries the atlas was the largest in existence, surpassed only five years ago by Millennium House's gigantic publication Earth Platinum.

The collection of maps was named after Johannes Klencke (1620-1672), the leader of a collection of Dutch sugar merchants who presented the atlas to Charles II as a hope to gain favorable trade agreements with Britain. The object was subsequently placed amongst the king’s most prized possessions, and stayed tied to royalty for the next 150 years.

“The Klencke atlas is important both in itself, and for its constituent parts,” said Tom Harper, lead curator of antiquarian maps at the British Library in an article about the atlas. “As an object, its scale and conception recalled Renaissance ideas relating to the symbolic power of a book which contained the entire world’s knowledge. It would have provided Charles with intellectual authority, an authority which enforces its intimidating presence even today.”

The Klencke Atlas went on public view in 2010 after considerable restoration, and was digitized by the British Library just last month. It took several hands to transport and mount the ancient work onto an XXXL book stand for high resolution photography, and digitization took several days in order to capture each of the included maps. You can view this online version of the atlas on the British Library’s website, and watch a time-lapse video of the digitization process supported by Daniel Crouch Rare Books. (via Hyperallergic)