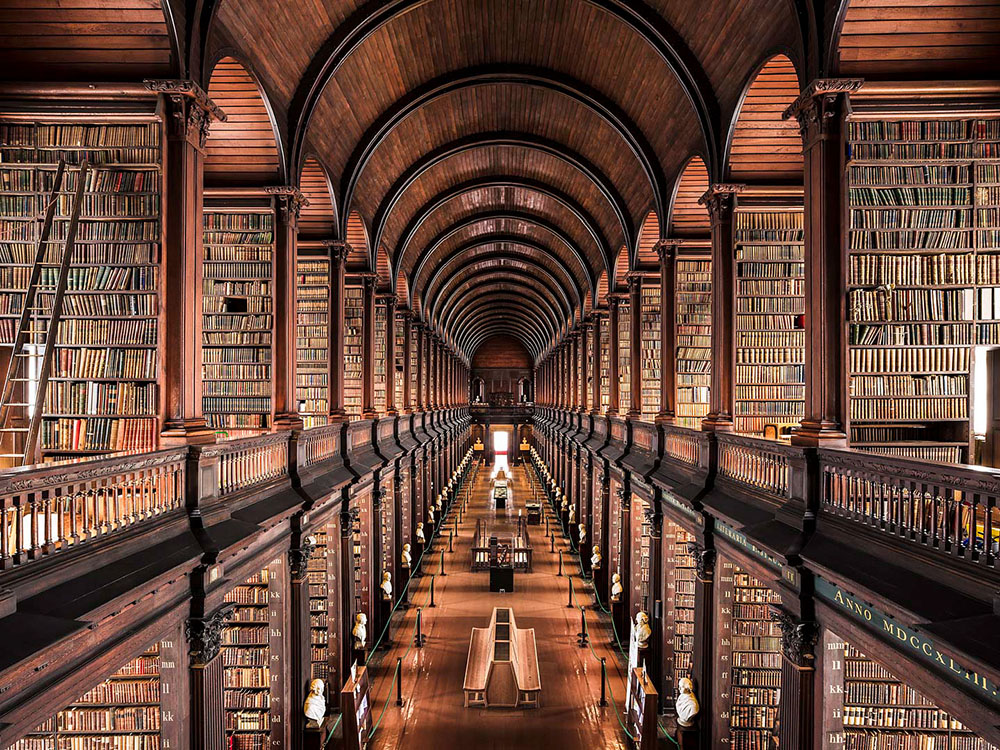 Over the last year, photographer Thibaud Poirier has traveled across Europe to photograph some of the world’s most incredible libraries. The series includes both historic and contemporary libraries with a special emphasis on the varied designs employed by architects. Poirier captured each image when the buildings were closed and empty of people to focus entirely on structure and layout. From his statement about the project:

Like fingerprints, each architect crafted his vision for a new space for this sacred self-exploration. These seemingly minute details are everywhere, from the balance of natural and artificial light to optimise reading yet preserve ancient texts to the selective use of studying tables to either foster community or encourage lonely reflection. The selection of these libraries that span space, time, style and cultures were carefully selected for each one’s unique ambiance and architectural contribution.

So far Poirier has photographed 25 libraries and says he intends to add to the series as time permits.