Anja Wulfing adds large animals into the black and white scenes of found vintage photographs, turning the attention away from the somber faces of its subjects and to the creatures that pose quite naturally behind their backs. The surprising inclusions are painted in by Wulfing, and often take the form of birds—such as crows, owls, ducks, and the occasional rooster. The animals either join the members of the photograph or merge with its occupants, sometimes replacing the heads of those posing to create hybrid and humorous creatures.

You can see more of Wulfing’s subtle animal additions on her Instagram and Behance. (via Lustik) 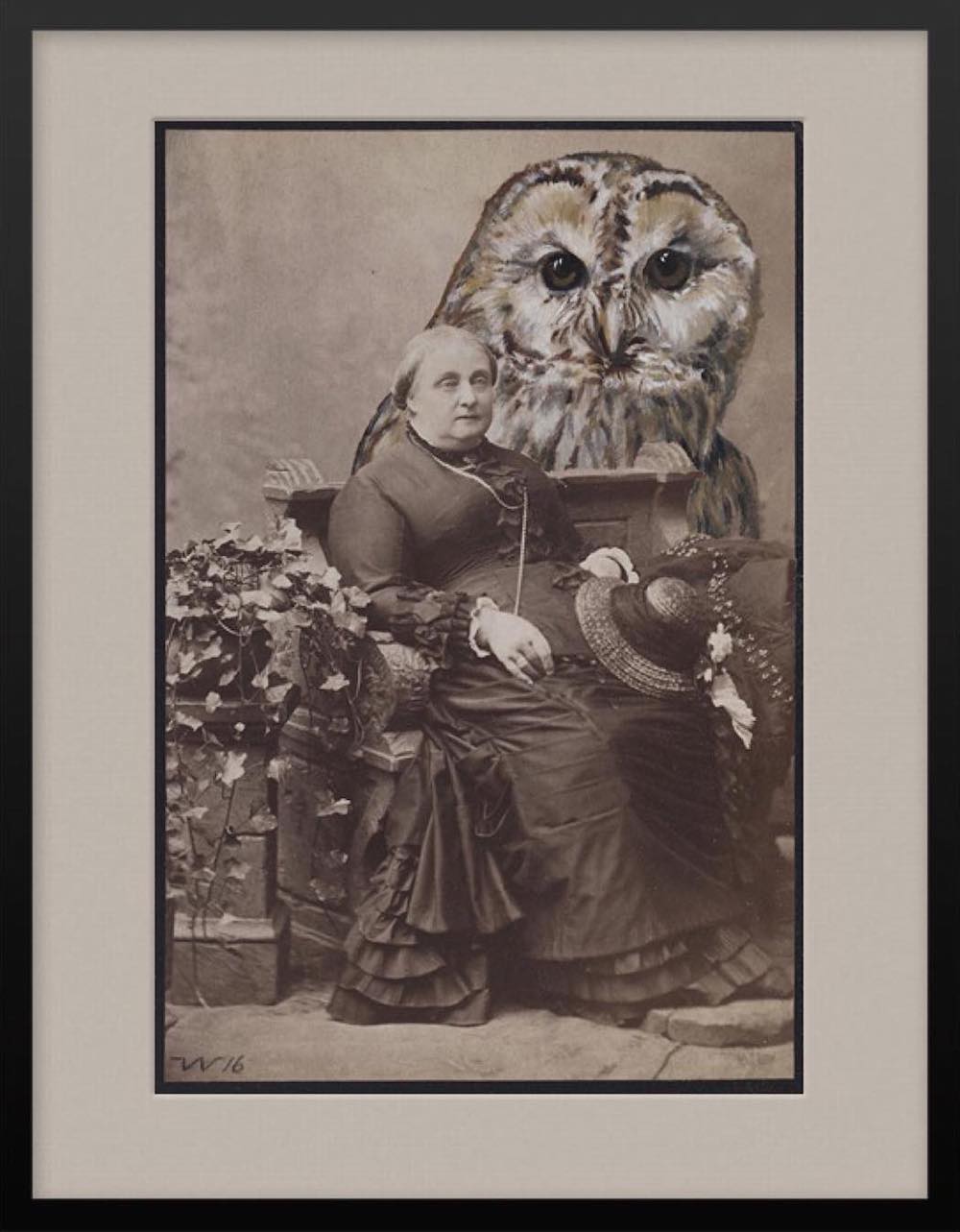