Canadian-Trinidadian artist Curtis Talwst Santiago (previously) imbues vintage jewelry boxes with both bucolic moments and scenes of societal disaster in a collection of work titled Infinity Series. For many, the lid of the box serves as a backdrop for the particular environment, while the bottom serves as a stage filled with miniature figurines and elements of water presented as beach scenes and oceanic voyages.

In his work Deluge Santiago displays a cramped boat transporting dozens of refugees, while in another titled Por que?, he presents a scene of police brutality in a purple velvet-lined box. Each of the small works capture a narrative moment of enormous magnitude, encasing the story in a protected vessel meant to be passed on and displayed.

Santiago’s work is part of the group exhibition Trigger: Gender as a Tool and a Weapon opening September 27 at the New Museum in New York City and running through January 21, 2018. 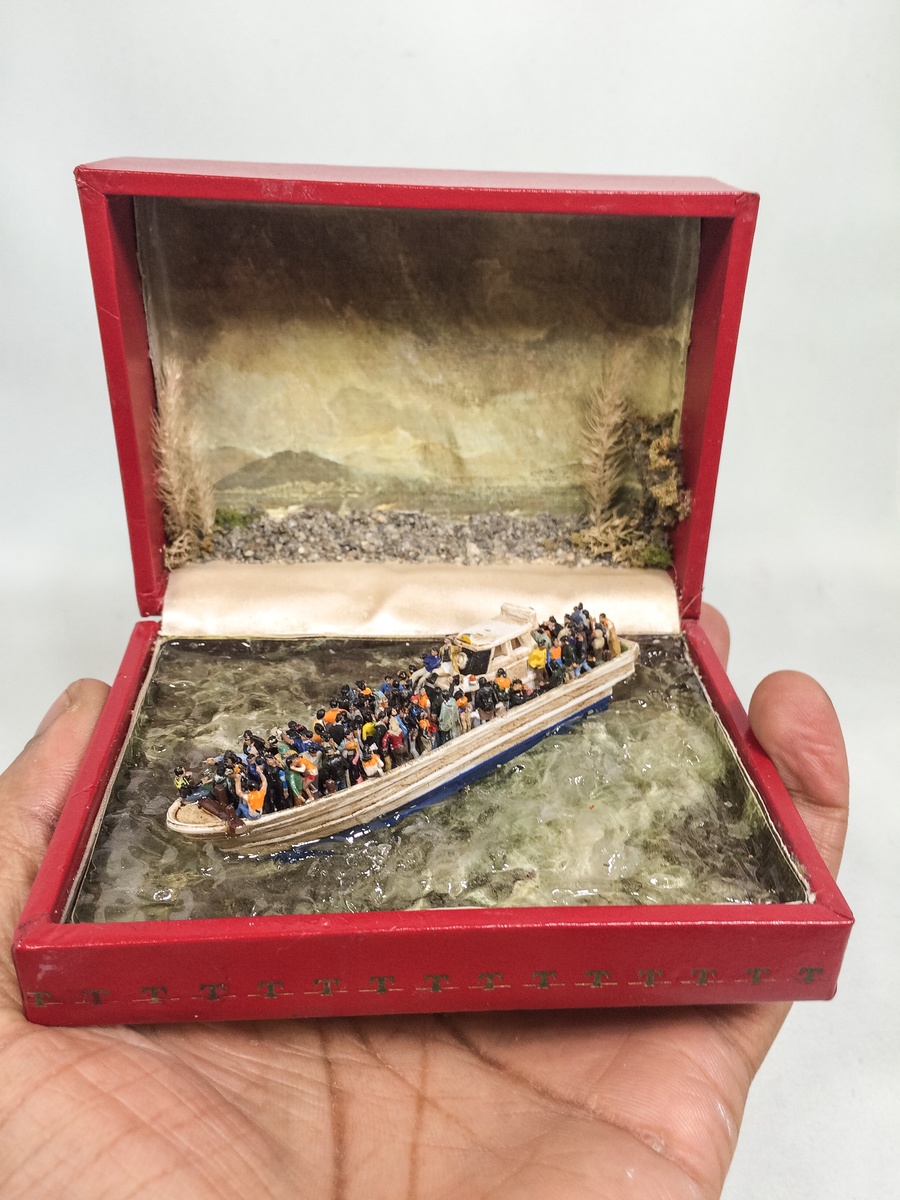 Miniature Scenes With A Darkly Satirical Twist by Frank Kunert