There are over five and a half million vending machines across Japan which sell a variety of merchandise from soda and cigarettes, to fresh eggs and flowers. These machines are not only scattered within the large city centers of the country, but also are common sights in smaller, more rural towns. The beverage dispensers are functional all night, serving as main a light source in remote areas without prevalent night life or street lamps.

Many vending machines populate the country’s prefecture of Hokkaido, a northern island that experiences harsh winters. Photographer Eiji Ohashi noticed how the light from these vending machines would illuminate surrounding snow, precipitation that had either piled on top of the machine or buried it completely. These glowing subjects became a source of intrigue for Ohashi who has created a series based on the machines titled Time to Shine.

“As dusk approaches, roadside vending machines light up in cities and in the outskirts,” says Ohashi in a statement. “These scenes of vending machines, ordinarily standing on the roadside, are particular to Japan. The vending machines downtown or in the wilderness, placed to stand in solitude, are an image of loneliness. They work tirelessly, whether it is day or night. But once their sales drop, they are taken away. If they do not glow and shine, they will stop existing. There might be something human about them.”

Ohashi compiled several of the images from his series into a photobook titled Roadside Lights. You can see other images from a snow-covered Hokkaido on his website. (via Spoon & Tamago) 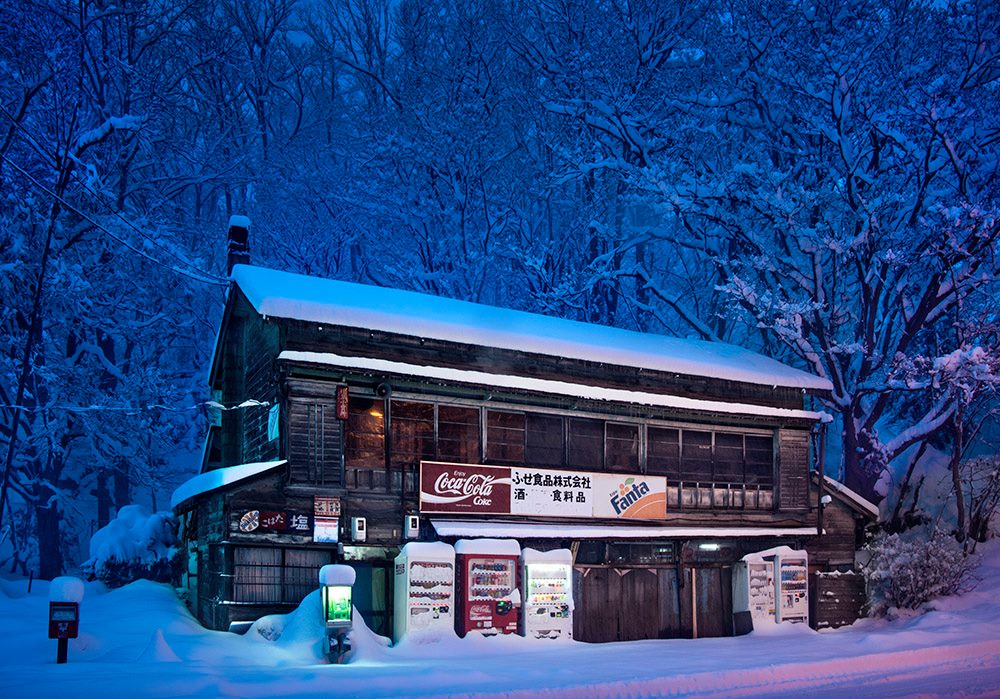 Mechanations: Historical Machines Exploded into Individual Components in Sculptures by John A. Peralta