As We Are is a 14-foot interactive sculpture by artist Matthew Mohr. The head-shaped work slowly rotates through a database of faces, displaying a range of Columbus residents and its visitors on 24 horizontal bands of LED screens. The monitors wrap nearly 360 degrees around the piece, leaving a gap for a photo studio where guests can pose for pictures that will be featured on work’s screens.

The sculpture is currently installed in the Greater Columbus Convention Center, a public venue primed for eager visitors who wish to see their faces projected more than two times their height. Its appearance reflects a few other body-centric public sculptures, namely David Cerny’s banded replication of Franz Kafka’s head in Prague, and Chicago’s Crown Fountain by Jaume Plensa which also displays a rotating cast of faces across a series of LED screens.

“‘As We Are’ presents Columbus as a welcoming, diverse culture where visitors and residents can engage on multiple levels through an interactive experience with public art,” says Mohr in an artist statement about the interactive structure. “It is an open-ended, conceptual piece that explores how we represent ourselves individually and collectively, asking participants to consider their identity in social media and in public. It asks all viewers to contemplate portraits of people from different ethnicities, and gender identities.”

Mohr also explains that the scale and location of the sculpture brings monumental recognition to each featured face, allowing the individual to be memorialized, if only for a few seconds. You can see more projects by the artist and Columbus College of Art and Design professor on his website, and view a video documenting several participants’ interactions with the sculpture below. (via Designboom) 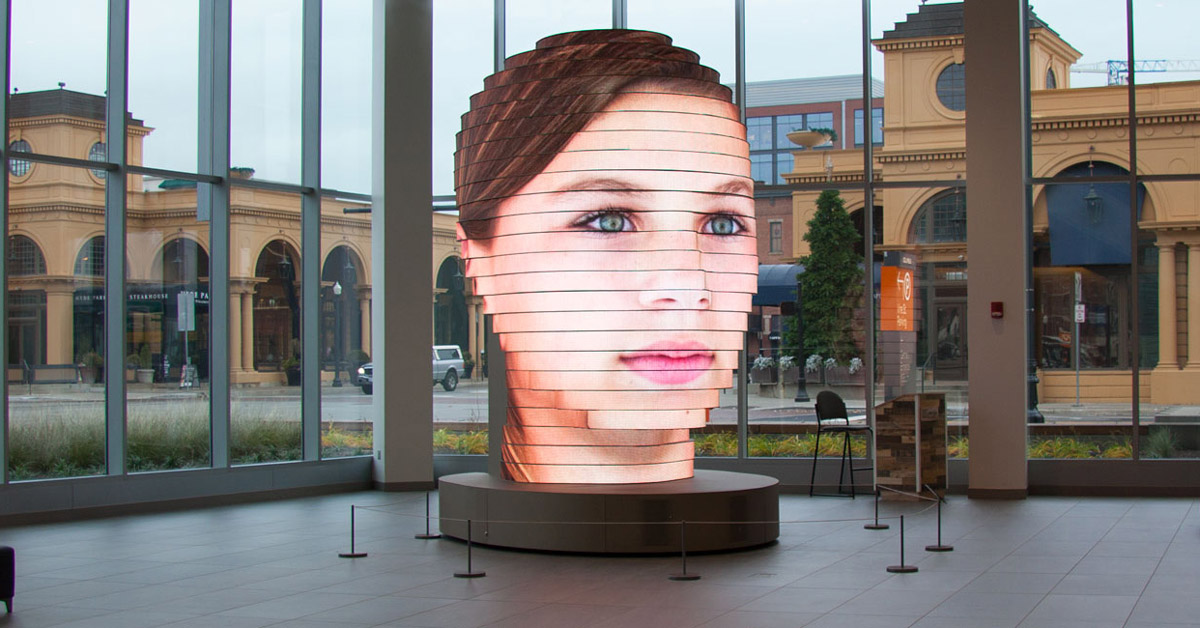