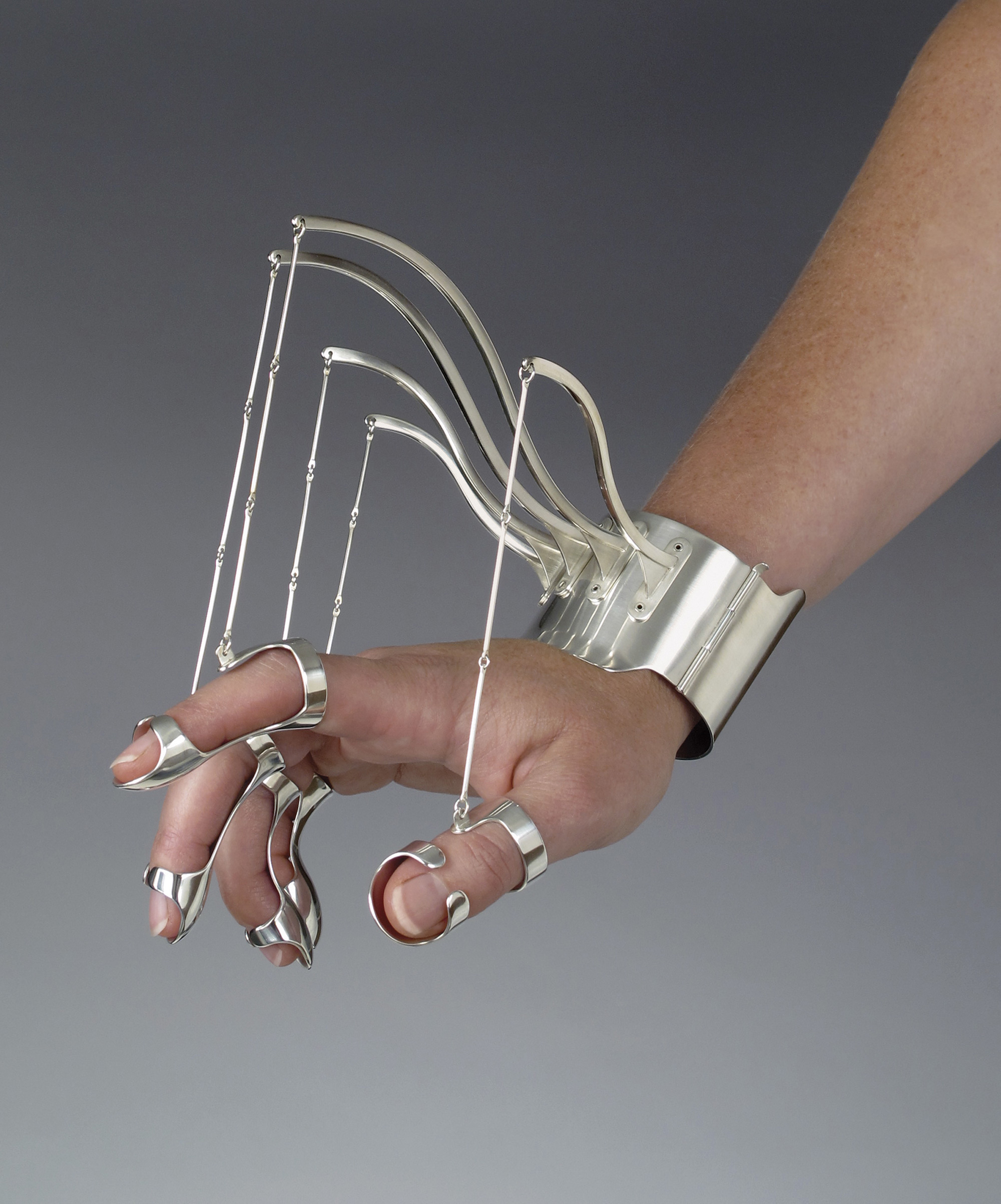 Jennifer Crupi uses carefully constructed jewelry to communicate ideas about psychology, body language, and art history. In her series, Ornamental Hands, Crupi’s structural metal attachments hold the hand in various poses that are commonly found in traditional art historical paintings. Fingers and wrists are suspended in aesthetically pleasing cuffs and splints, which the artist makes by hand using aluminum or sterling silver. Despite the eye-catching nature of Crupi’s anatomical suspensions, the ultimate intention is to display the gesture itself as the ornament, with the jewelry acting as a supportive means to that end. She describes her interest in psychology and how it has informed her work as an artist:

I started investigating body movement and became intrigued in the nuances of non-verbal behavior, posture, and gesture. I then became invested in a whole new kind of movement and for many years now it has been the source of inspiration for my work. Since I began my study into non-verbal communication, I am continually intrigued and surprised by how much we communicate with our bodies.

The Chemintz Museum of Industry in Germany and the Jewelry Museum of Vicenza, Italy both have shows currently on view which include Crupi’s work. The Vincenza exhibit includes four hundred pieces of jewelry in nine themed rooms. You can see more of the artist’s work on her website. Crupi is based in the New York metro area, where she has been a professor at Kean University since 1999.