How Jewelry Artist Alexis Pavlantos Grew Her Business with Weebly 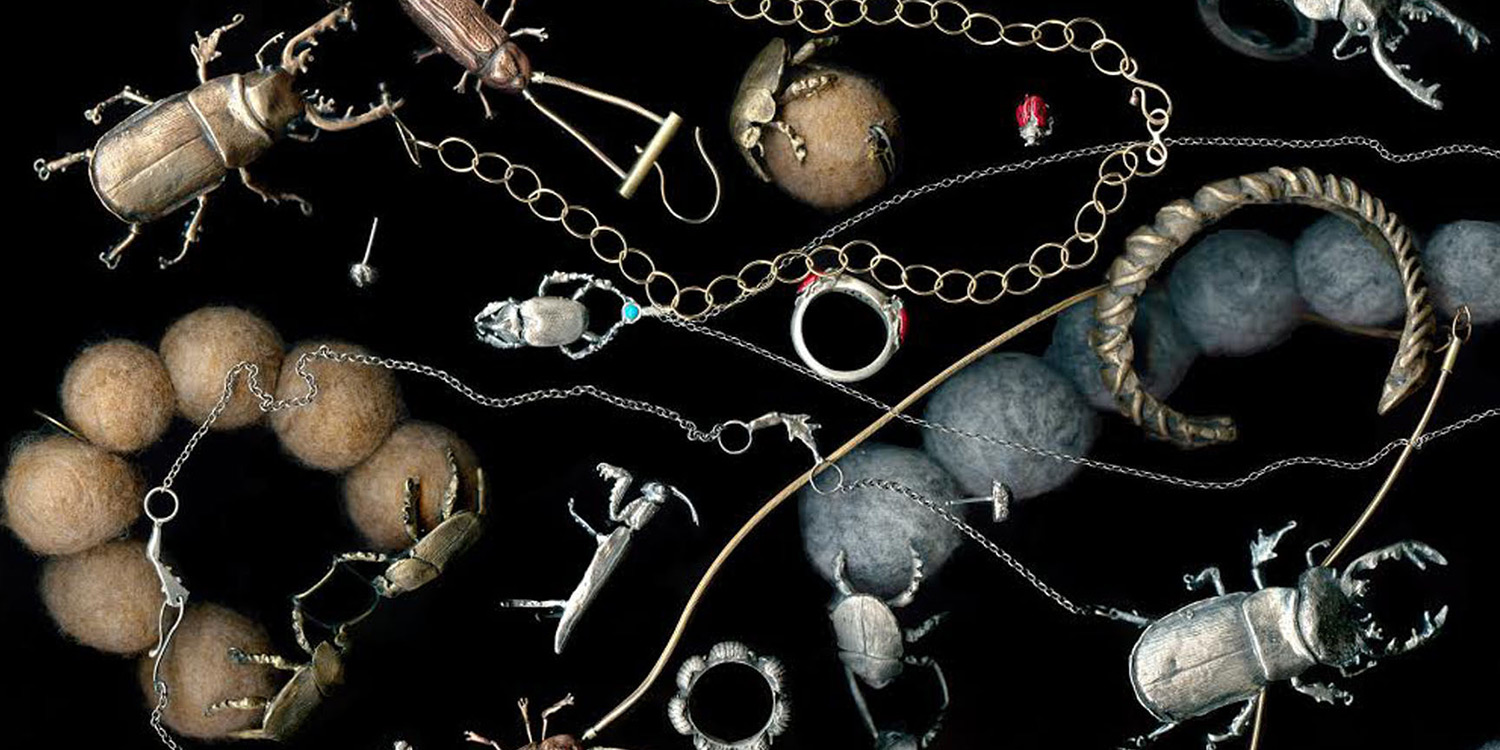 Oakland-based artist Alexis Pavlantos brings to life beetles, fireflies, and other tiny creatures in her masterfully crafted insect jewelry where unexpected wildlife becomes high-end adornment. Despite their lifelike appearance, the objects are each sculpted entirely by hand showing the artist’s remarkable ability to translate the fine details of nature into other materials.

Pavlantos often uses an ancient form of sculpting called lost wax-casting where the piece is first rendered in wax and then turned into a mould through several steps. Lastly, molten metal like bronze or silver is poured inside which assumes the shape of the original wax, resulting in a truly one-of-a-kind object.

The tiny scale of Pavlantos’ artwork was born from necessity rather than intent.  She was born and raised in the expansive southwestern United States, a place that deeply influenced her affinity for nature and the outdoors and where she obtained an MFA in sculpture from the University of New Mexico. But it wasn’t until she moved to Oakland that she had to start thinking small: studio space was simply too expensive and immediately limited the scale of her creative output.

She soon began to design increasingly smaller art objects and a menagerie of ornamental insects and functional objects in the form of both reptiles and mammals cast from various metals.

“I consider my process to be a transmogrification of my inexplicable depth of feeling into concrete material forms,” Pavlantos shares. “I create jewelry to collaborate with the human body. These embellishments interact as an extension of the body, thus nature is not something we set out to find, but is something we are a part of.”

As her business began to grow several years ago, Pavlantos made the decision to build her website with Weebly, a powerful platform for online stores. She was one of the first customers to sign up for their ecommerce platform several years ago and has used it ever since.

Pavlantos says she was attracted to a service that offered quick and easy setup while providing numerous elegant design templates and powerful tools to grow her jewelry business online. With an intuitive ecommerce website builder and an integrated shopping cart, Weebly does the heavy lifting, allowing Pavlantos to spend time on the important things like creating new work and interacting with customers.

Pavlantos’ advice for people on the fence about starting a business? “Just start somewhere,” she says. “Sometimes we’re the only ones holding ourselves back.” Whether it be the decision to bring your business online for the first time with a service like Weebly or simply reserving a new domain name, the first step is often the most important one.

Visit Weebly to learn more about their website building and ecommerce services and launch your new business today.