Artist Levalet (previously) headlined this year’s Roads Street Art Festival, which brought together street mosaics, basketball, DJs, and more in Orleans, France this past April. For the festival, Levalet (a.k.a. Charles Leval) created several new craft paper and India ink works which include a large-scale chamleon, hazmat suit-clad mailmen, and car crammed onto the side of a glass elevator shaft.

Levalet continues his tradition of producing life-size or larger than life works, while also injecting humor into these urban additions. In another new work for Orleans, a man rests on top of an electrical box while filming himself with an old-school camera. “Cinema” is painted behind the lounging man, which adds a humorous bent to the black and white subject’s selfie-obsessed film.

The artist has an upcoming solo exhibition titled “The Big Gaité,” that opens at Maison Triolet Aragon in Saint Arnoult-en-Yvelines, France on May 26. You can follow more of Levalet’s public installations on his website and Facebook. (via StreetArtNews) 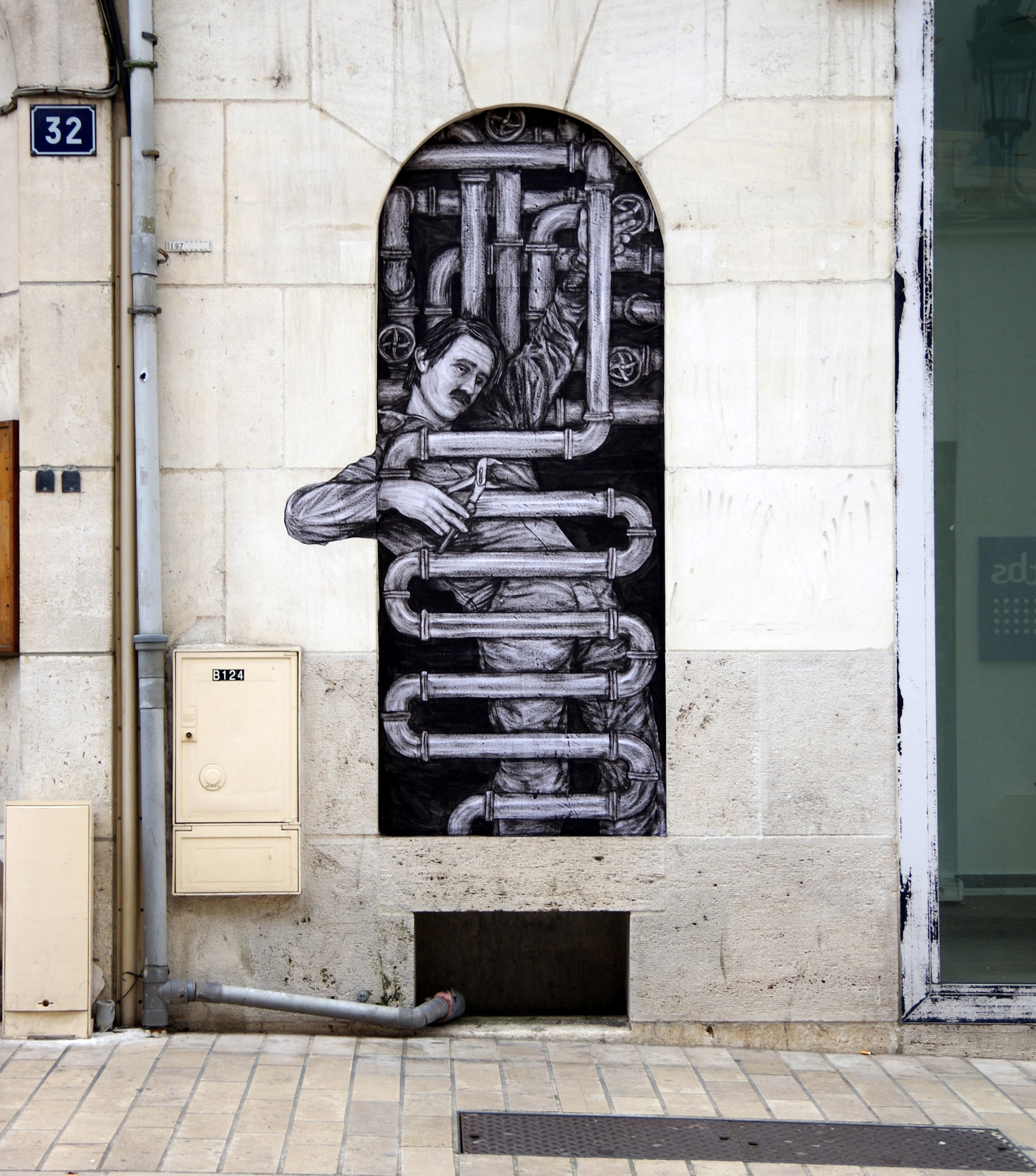