New York City is sometimes affectionately (or disaffectionately) referred to as a “concrete jungle,” but for Los Angeles-based artist Matthew Grabelsky it’s more of a big cageless zoo. Using the New York City subway system as the setting for his work, Grabelsky paints surreal portraits of people who are seemingly normal from the neck down, but who have had their heads replaced by animals, both wild and domesticated.

Having grown up in New York and being fascinated by the imagery of Greek mythology as a kid, Grabelsky’s paintings are an exploration of human nature and of the way that animals represent various parts of the human subconscious. “The characters are symbolic of the kinds of thoughts that lie under the surface of people’s minds, and they reveal that the most extraordinary can exist in the most ordinary of everyday settings,” the artist told Prohbtd in an interview. “This theme is communicated through the juxtaposition of these ostensibly irrational images with otherwise completely mundane scenes. My idea is that my creatures are not original but are ultimately part of a much larger cultural continuum.” 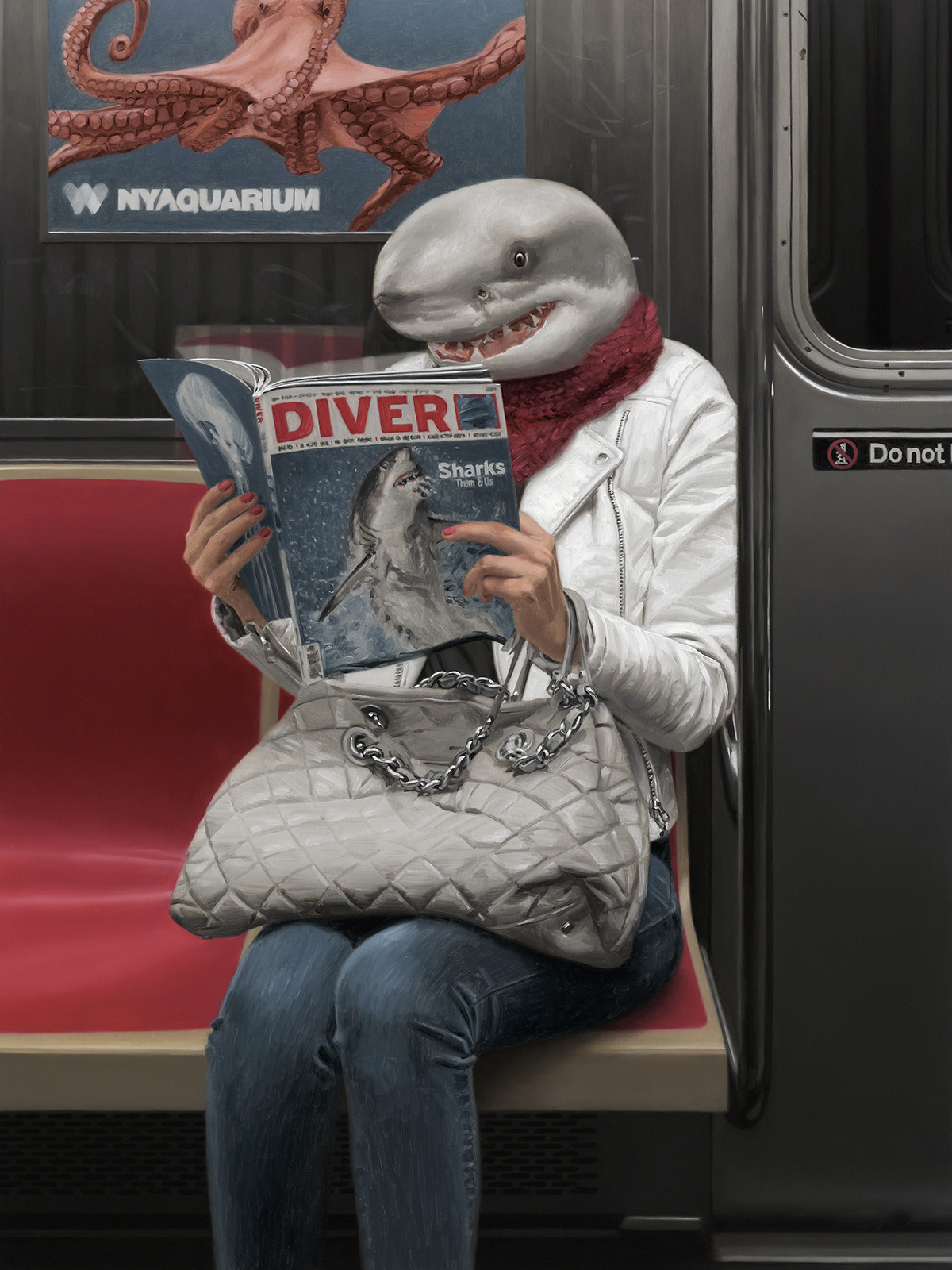