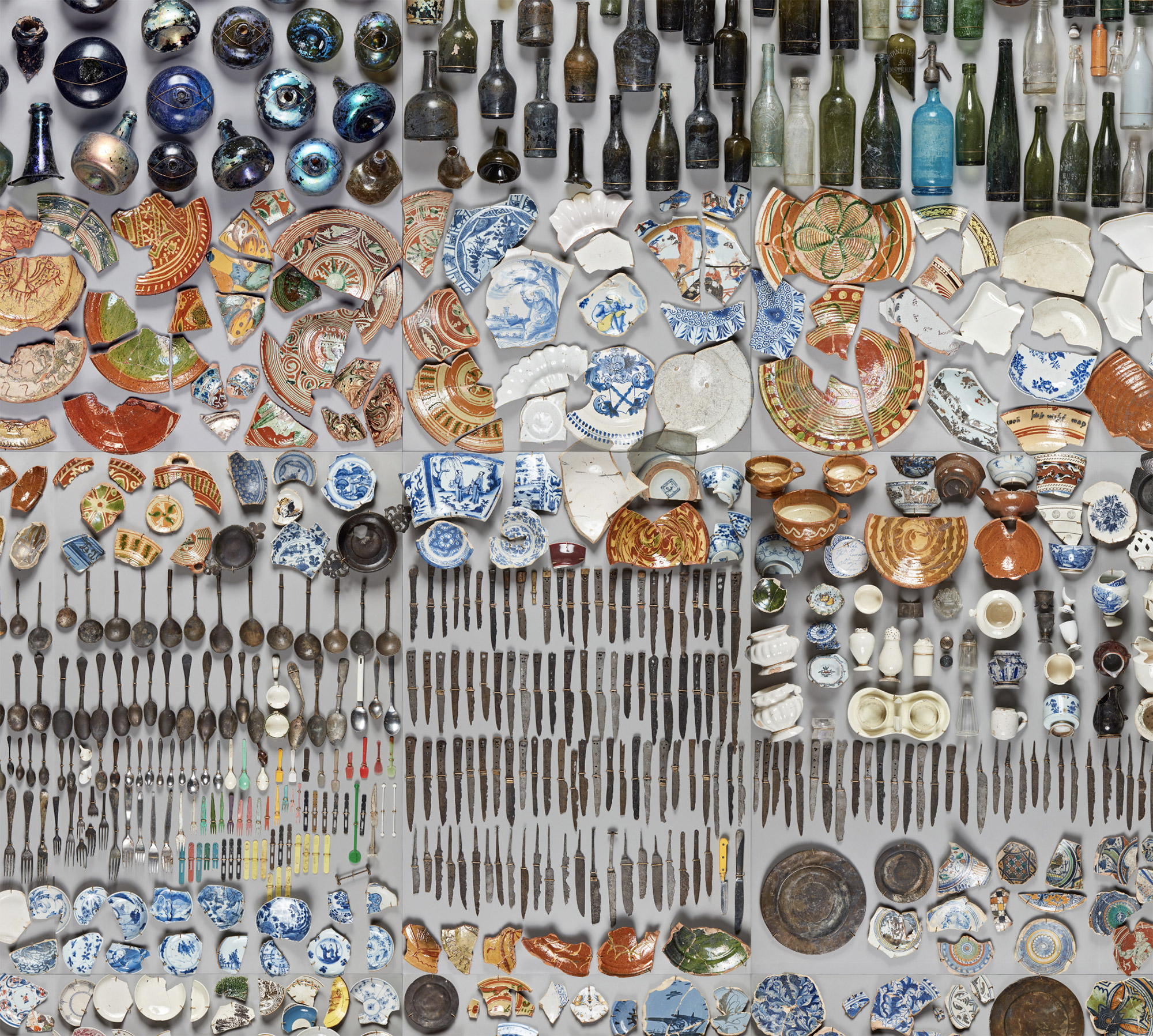 During a nine year period in the early 2000’s a new metro line was excavated along the banks of Amsterdam’s Amstel river. The urban waterway had to be completely pumped, which gave archeologists a rare opportunity to examine the full spectrum of everyday and extraordinary objects which had fallen to the bottom of the prominent river. Below the Surface, a website created by the Department of Archaeology; Monuments and Archaeology (MenA), the City of Amsterdam; and their Chief Technology Officer, serves as an interactive compendium with access to images and information of 19,000 of the nearly 700,000 findings from the excavation site.

On the website you can explore the findings by date or dig into Below the Surface’s selection of object stories which provide context to specific pieces pulled from the river. An historical background is provided for select buttons, tokens, pottery segments, stamps, books, and other findings such as a 19th-century pipe cover decorated by a portrait of the Dutch navel lieutenant Jan Carel Josephus van Speijk or a 16th-century belt which bears the inscription: “Ik bin en ieger nu ik hebbe dat mi behaget” (or “I am a hunter and I now have what delights me”).

Meticulously divided display cases of the found objects are installed in the new metro line’s Rokin Station and can be visited by the public. A short documentary of the project can be found on Below the Surface’s website, with English subtitles coming soon. (via Kottke)