British sculptor Debbie Lawson works in the space between two and three dimensions, forming wild animals that emerge from old-fashioned rugs. The artist builds her animals from scratch, using chicken wire and masking tape, and then covers them with identical or near-identical Persian carpets to create the illusion that the creature is fused with the hanging rug.

Lawson explains to Colossal, “I have always ‘accidentally’ spotted images in patterns, on textured walls and floors made of wood or lino – any material really. It’s an obsession that I decided to explore in the studio, using first wood grain and then carpet to make work in which the pattern morphed into an actual image or form…More recently I have focussed on animal forms to explore the idea of camouflage, and of its opposite: display.”

Red Bear is on display until August 19 2018 at the Royal Academy of Arts in London as part of the 250th Summer Exhibition curated by Grayson Perry. Persian bear is permanently displayed (along with a moose in the same style) at London’s Town Hall Hotel. You can see more of Lawson’s finished works and take peeks into her studio process on Instagram. (via Hi-Fructose) 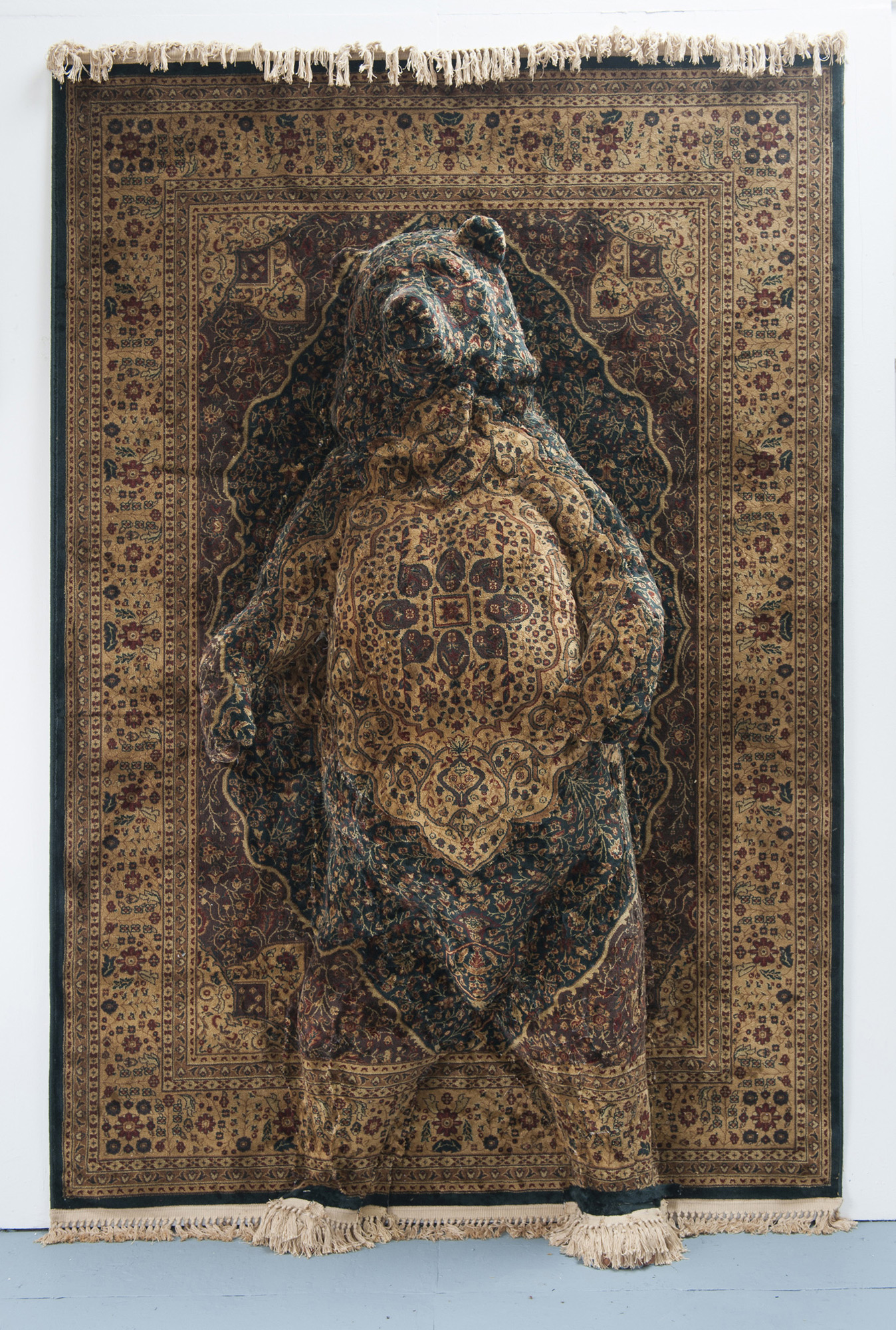 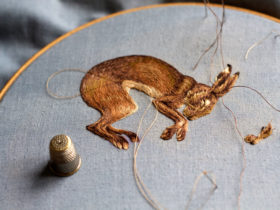